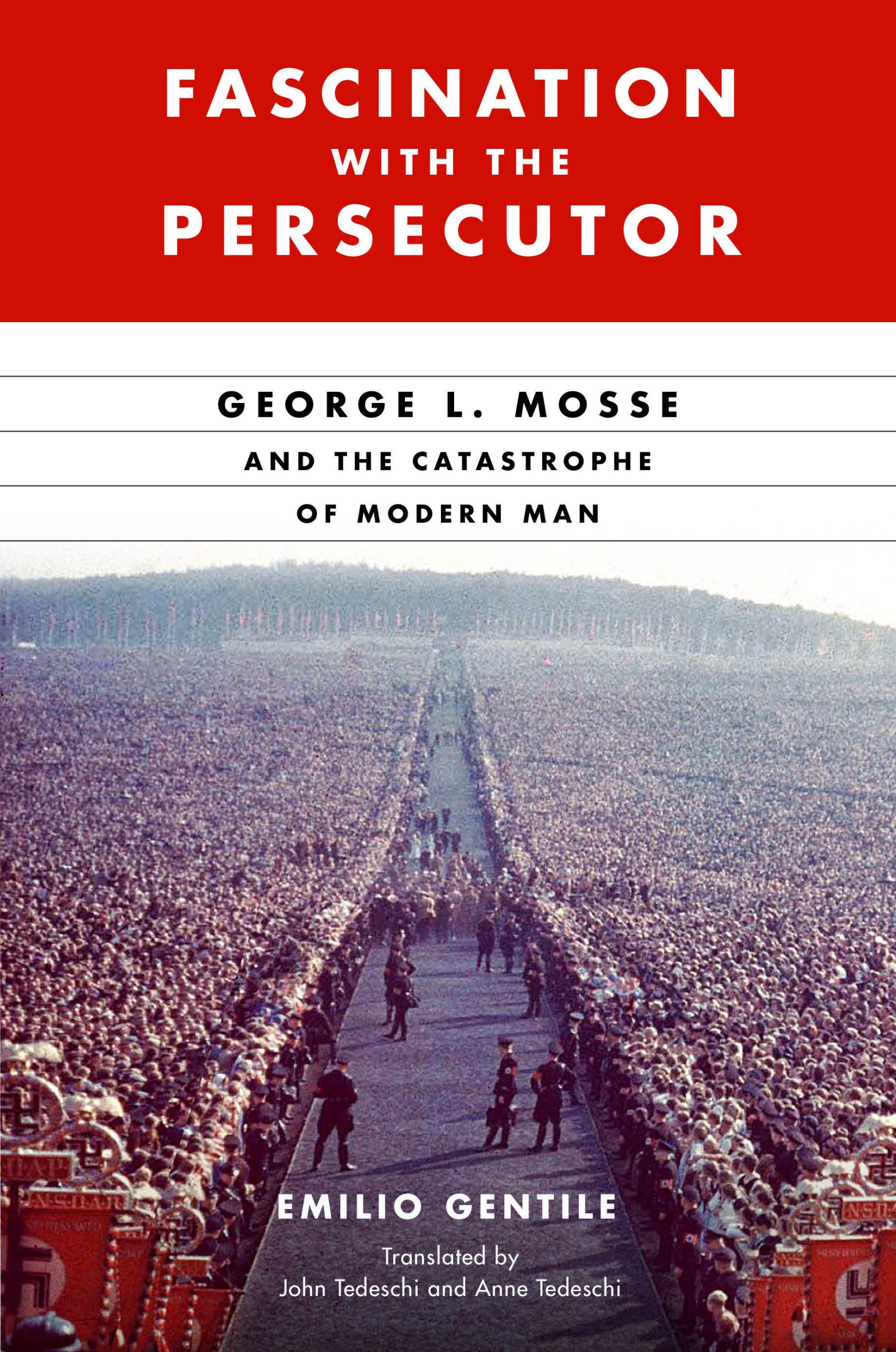 It should not be too controversial to suggest that historians of the far right suffer from a lack of empathy. This is understandable. After all, who would want to put themselves in the places of people they find repugnant, and try to see their reasons, their motivations, their aims and desires?

Yet it was a quest to empathize with the far right—the enemy and the persecutor—that shaped the thought of historian George Lachmann Mosse. According to Emilio Gentile’s comprehensive study Fascination with the Persecutor, recently translated into English from the original Italian by John and Anne Tedeschi, Mosse’s scholarship was driven by an attempt “to try to understand the attraction Nazism had exerted over millions of people…to penetrate its inner mind through the study of its culture…” (5). Gentile, himself a prominent historian of Italian Fascism and a mentee and friend of the late Mosse, compiled the present study from published and unpublished scholarship, research notes, lectures, and correspondences. In addition to translating Gentile’s original monograph, John and Anne Tedeschi located Mosse’s quotes from his original writings in English rather than relying on Gentile’s Italian translations. The result is a book that is not only accessible and reads well, but also retains Mosse’s unique voice and character. This rich archive of sources reveals Mosse’s decades-long struggle to grasp what attracted so many people— “normal,” “ordinary” Germans—to Nazism. As Gentile argues, the “moral, cultural, and political challenge” to understand the “inner mind” of Nazism was for Mosse as much autobiographical as historical. Jewish and queer, Mosse was a “twofold” outsider who had, in his youth, hidden his identity from a homophobic and prejudiced society, and who barely escaped the fate that befell European Jewry. Nevertheless, Mosse “always believed that empathy is the chief quality a historian needs to cultivate,” which meant “putting contemporary prejudice aside while looking at the past without fear or favor” (5). It was the drive to understand the aims and appeal of Nazism and fascism more broadly that made his scholarship innovative and influential, and Mosse a historian of great distinction.

This is not an intellectual biography, as Gentile candidly asserts. It is rather an attempt to “reconstruct, in a historical and analytical sequence, the genesis and development of [Mosse’s] interpretation of fascism and the catastrophe of modern man…” (7). Given the book’s stated aims, Gentile does not dawdle in Mosse’s early life, nor does he dwell on Mosse’s academic training at Harvard as a scholar of English constitutional history. The main thrust of the book begins in 1955 when Mosse leaves his appointment at the University of Iowa for a position at the University of Wisconsin-Madison, where he had been hired to develop a program in contemporary European history. It was at Wisconsin that Mosse would earn a name for himself as a cultural historian of fascism and National Socialism.

Through the lens of culture Mosse worked to understand his persecutor. He found the state of historiography in the mid-twentieth century, however, to be inadequate for examining the minds of past figures, for understanding their behavior, their choices. Marxist historians reduced causality to power interests or class struggle; ideology only served as a superstructure of economic, material realities. American scholars, on the other hand, applauded themselves for their lack of attention to ideology or theory, and instead favored a pragmatic approach to history that, in Mosse’s view, veered too close to anti-intellectualism and made it difficult for American historians to understand the power of ideological commitment, whether political or religious. The aim of the historian, Mosse countered, should be empathy, and “the duty of historical analysis was to understand the way in which human beings had perceived and interpreted the world in which they lived, in accordance with the ideas and values that were proper to their epoch…” (21-22). The goal for Mosse was to develop a new type of cultural history, one that could make sense of the crises of the twentieth century through the study of its two revolutionary ideologies, communism and fascism.

Gentile divides Mosse’s development of a new cultural history into two phases: in the first (1957-1966), Mosse was preoccupied with the relationship between ideology and culture. He defined culture—or, as he preferred to call it, the “climate of opinion” of a particular age or epoch—as “a state or habit of mind which is apt to become a way of life intimately linked to the challenges and dilemmas of contemporary society” (33). The challenge of fin de siècle Europe was the crisis of bourgeois society—the modern individual was untethered from “dogmatic strongholds” of established religion and traditional thought. It was this crisis, as Mosse argued in The Culture of Western Europe (1961, 2023), that both fascism and “Leninism” arose to solve. Where Leninism was more scientific and materialistic, however, fascism was spiritual, irrational—more like traditional religion. Though Mosse disliked the liberal term “totalitarianism,” which collapsed distinctions between the right and the left, he argued that “fascism and Leninism grew up at the same time, to meet the same challenge…and no country where fascism existed was without a Leninist party as well” (37, 41, 46-48). This interpretation of fascism as a general European phenomenon that emerged alongside communism, rather than purely as a reaction to it, made Mosse unique among his contemporaries.

Mosse’s scholarship was also unique for its analysis not of elites but “second- and third-class writers and artists, who nevertheless expressed mental qualities widely held, ideas and habits shared by the population” (34). Intellectual historians of Mosse’s time tended to focus on either ideas or on intellectual elites who produced and promulgated said ideas. Nazism was, in the estimate of these historians, “an absurd ideology” at best; at worst, it was “subintellectual,” as Mosse wrote in 1964, “the product of a handful of unbalanced minds” that could not be taken seriously. But taken seriously they were, he countered, and by “respectable, educated people.”[1]

While the first phase of Mosse’s pursuit of a new methodology saw him utilizing the conventional sources of the intellectual historian—written texts supplied by thinkers of varying caliber—the “second phase” revealed a concern with the “politics of the masses” as represented in the practices and rites of fascism. Modern culture, Mosse now argued, was “the conception of the totality of life expressed through myths, rites, and symbols in which aesthetic representation assumes decisive importance” (54). In The Nationalization of the Masses (1975, 2023), Mosse expanded his source base from written texts to ceremonies, holidays, parades, national monuments, symbols, mass meetings, and myths.

Gentile argues that the field of anthropology, with its study of “popular sentiments and practices,” was a decisive influence on Mosse’s new approach to fascism as one solution to the crisis of modernity. Fascism, as Mosse came to identify it, was not just an ideology but a “political religion” or “secular religion,” a sacralization of politics that raised the nation to the status of the divine and transcendent (80-85). This modern politics was all-encompassing. For men and women feeling estranged from society due to depersonalized forms of politics—representative or parliamentary democracy, pluralism, and the separation of public and private spheres—totalitarianism promised a “fully-furnished house,” a complete and total immersion in the national community that blended politics, religion, education, culture, and the home (110). After this second phase, Mosse’s development of the new cultural history was complete. But his fascination for the persecutor continued.

The remainder of Mosse’s career did not involve fresh research on fascism and National Socialism but on broader phenomena: nationalism, racism, sexuality, and the image of masculinity. In Nationalism and Sexuality (1984, 2020), Mosse argued that the birth of modern nationalism required the conformity of its citizens into a unified bourgeois morality. Critical to this new morality were the images of gender and sexuality, and, for fascism, the ideal of manliness as a “safeguard” against the degenerative forces of modernity. The fascist future depended on the “New Man” who had been forged in the crucible of the First World War. Unlike liberals and socialists who were weak, selfish, and materialistic, the fascist New Man was the emblem of strength, camaraderie, and sacrifice (128-131).

Though Mosse was both a friend and mentor to Gentile, the book is not a hagiography. Gentile is critical, for example, of Mosse’s narrow focus on culture as the preferred category of analysis, the “solitary key” to understanding fascism, to the detriment of other factors. To be sure, Mosse himself insisted that there was no single solution to the problem of fascism. The horrors of the fully furnished house could not be contained in the “straight jacket” of culture, but instead necessitated other means of historical exposition. Nonetheless, Gentile insists, Mosse’s cultural approach is one-dimensional, and therefore ought to be supplemented by other scholarship that focuses on economics, on imperialism and colonization, on social history (115-116).

Gentile’s study is not without its own narrowness. Mosse is not only central but is, in fact, one of the only figures in the book. The reader is therefore left with the impression that Mosse was the only historian advancing the fields of intellectual and cultural history, and that his innovations were solely his own confection, without colleague or influence. Readers curious to learn more about this historical and historiographic context would do well to supplement Gentile’s study with Karel Plessini’s biography The Perils of Normalcy or Philipp Stelzel’s History After Hitler.[2] Placing Mosse within a wider scholarly context would allow the reader to see how important he was in “changing the conversation,” and would have more clearly revealed how unique Mosse’s approach was as both a scholar and an instructor.

Indeed, Gentile closes his study by turning to Mosse not as a researcher but as a teacher. An empathetic approach to the past, even—or perhaps especially—to odious ideas and movements, served as a means of preventing such atrocities by averting the errors of the past age, the “catastrophe of modern man” as it derived from the problem of the individual in the age of masses. Historical knowledge, for Mosse, was not an end, but a means of bolstering the formation of a civic consciousness. Here empathy was vital: Mosse challenged his students and his readers to put themselves “in a historical situation, into the minds and aims of all the actors—whether you like them or not” (176-178). How else could one inoculate their society from poisonous myths, or avoid deleterious political ideals, if not to confront them and understand their appeal?

Those looking for an introduction to Mosse’s thought and impressive scholarly output will find Fascination with the Persecutor enormously useful; those familiar with Mosse will also benefit from this compelling and intelligent study. Any historian of the far right, however—indeed, any student of violent, reactionary, extremist, and exclusionary political and religious movements, from a historical, sociological, or anthropological perspective—would do well to read and learn from Mosse’s commitment to scholarly empathy, to understanding the persecutors of the past and present. 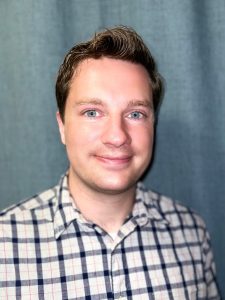 Austin Clements is a PhD Candidate in the Department of History at Stanford University. His dissertation looks at the relationship between American religions (Catholics, Protestants, Jews, and Mormons) and the far right during the first half of the twentieth century. He is more broadly interested in the cultural and intellectual history of American religions and political extremism, fascism, and white supremacy. His article “‘The Franco Way’: The American Right and the Spanish Civil War, 1936-9,” which analyzes the literature of pro-Franco Americans, was recently published in the Journal of Contemporary History. He has presented his research at conferences for the Society for US Intellectual History, the American Academy of Religion, the American Catholic Historical Association, and the American Jewish Historical Society.