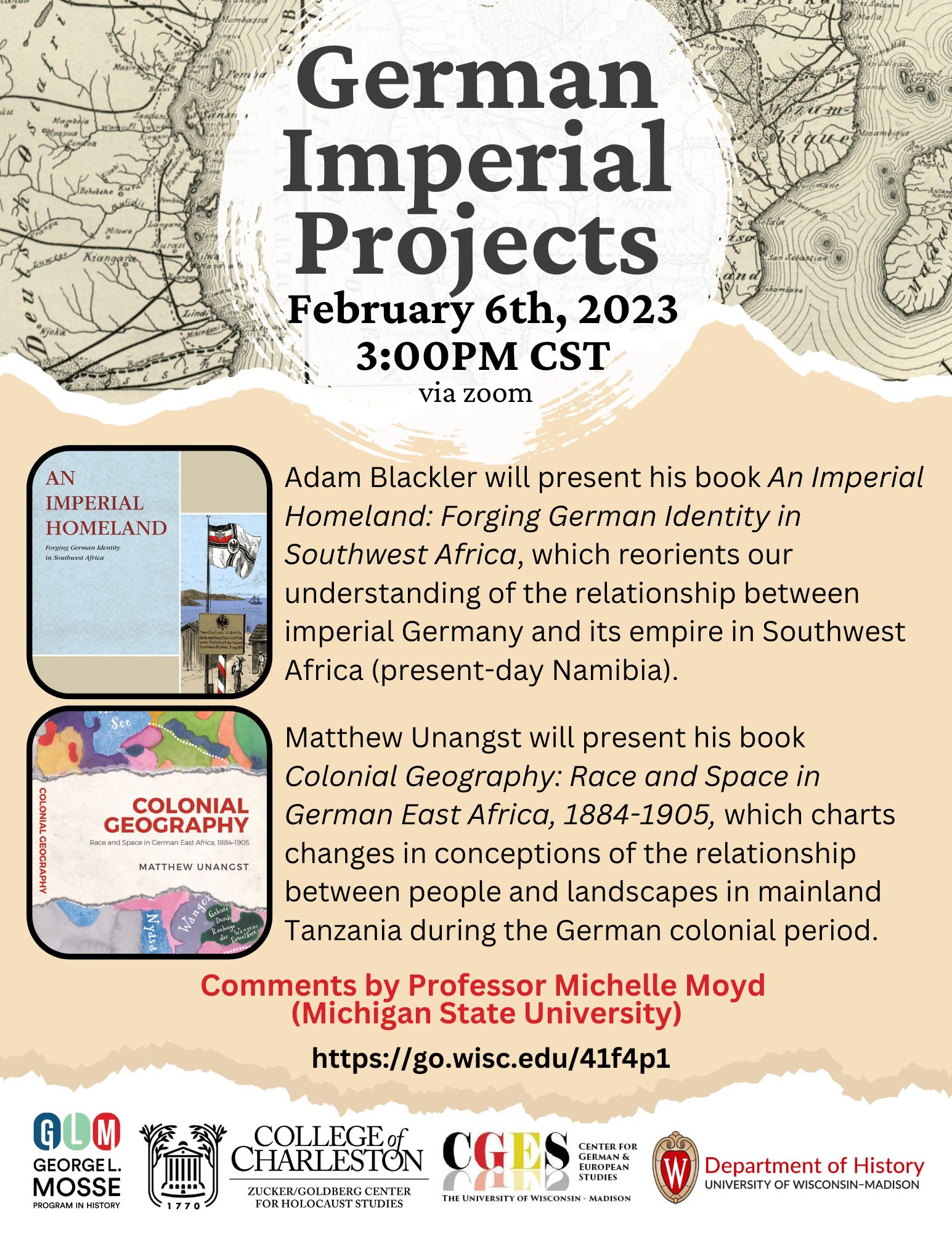 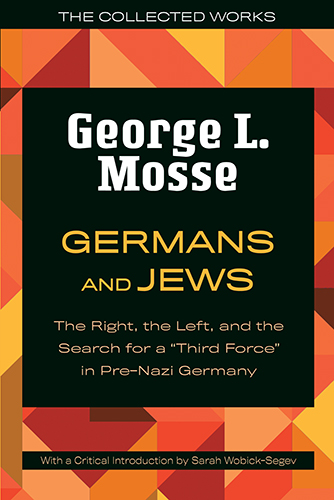 The seventh volume in the Collected Works of George L. Mosse is now available for preorder: Germans and Jews: The Right, the Left, and the Search for a “Third Force” in Pre-Nazi Germany

Originally published in 1970, Germans and Jews brings together George L. Mosse’s thoughts on a critical time in German history when thinkers on both the left and the right shared a common goal. In the late nineteenth and early twentieth centuries, intellectuals across the political spectrum aimed to solve the problems of contemporary society by creating a force that would eliminate both state Marxism and bourgeois society: a “third force” beyond communism and capitalism. This pervasive turn in ideology had profound effects on German history. In Mosse’s reading, left-wing political efforts became increasingly unrelated to reality, while the right finally discovered in fascism the force it had been seeking.

A new critical introduction by Sarah Wobick-Segev, research associate at the University of Hamburg, places Mosse’s work in its historical and intellectual contexts and draws lessons for students and scholars today. 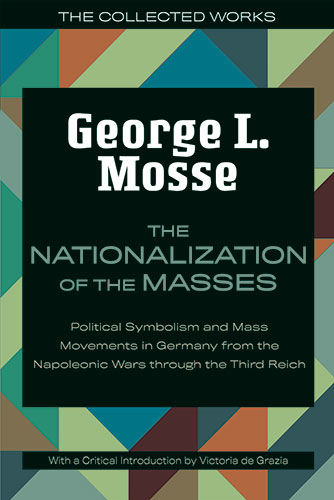 The sixth volume in the Collected Works of George L. Mosse is now available for preorder: The Nationalization of the Masses: Political Symbolism and Mass Movements in Germany from the Napoleonic Wars through the Third Reich.

The Nationalization of the Masses is George L. Mosse’s major statement about political symbols and the means of their diffusion. Focusing on Germany and, to a lesser degree, France and Italy, Mosse analyzes the role of symbols in fueling mass politics, mass movements, and nationalism in a way that is broadly applicable and as relevant today as it was almost fifty years ago. This new edition contains a critical introduction by Victoria de Grazia, Moore Collegiate Professor of History at Columbia University, contextualizing Mosse’s research and exploring its powerful influence on subsequent generations of historians. 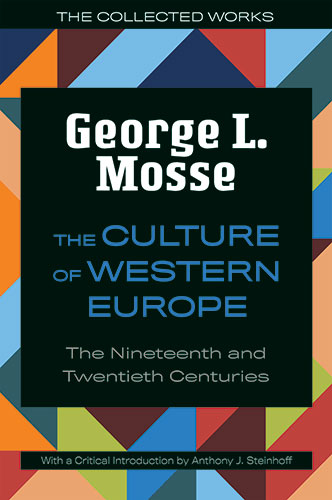 The fifth volume in the Collected Works of George L. Mosse is now available for preorder:
The Culture of Western Europe:
The Nineteenth and Twentieth Centuries.

The Culture of Western Europe, George L. Mosse’s sweeping cultural history, was originally published in 1961 and revised and expanded in 1974 and 1988. Originating from the lectures at the University of Wisconsin—Madison for which Mosse would become famous, the book addresses, in crisp and accessible language, the key issues he saw as animating the movement of culture in Europe. This new edition restores the original 1961 illustrations and features a critical introduction by Anthony J. Steinhoff, professor in the department of history at the Université du Québec à Montréal, contextualizing Mosse’s project and arguing for its continued relevance today. 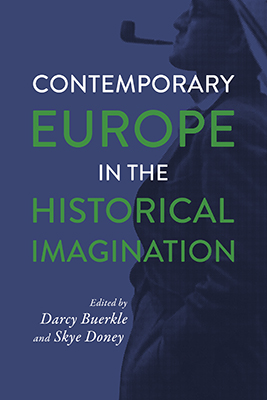 George L. Mosse (1918–99) was one of the most influential cultural and intellectual historians of modern Europe. In Contemporary Europe in the Historical Imagination, an international assembly of leading scholars explore Mosse’s enduring methodologies in German studies and modern European cultural history. Considering Mosse’s life and work historically and critically, the book begins with his intellectual biography and goes on to reread his writings in light of historical developments since his death, and to use, extend, and contend with Mosse’s legacy in new contexts he may not have addressed or even foreseen.

The volume wrestles with intertwined questions that continue to emerge from Mosse’s pioneering research, including: What role do sexual and racial stereotypes play in European political culture before and after 1945? How are gender and Nazi violence bound together? Importantly, the contributors pose questions that are inspired by Mosse’s work but that he did not directly examine. 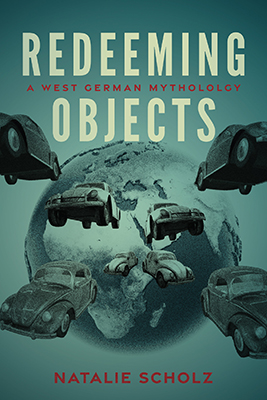 Redeeming Objects traces the afterlives of things. Out of the rubble of World War II and the Holocaust, the Federal Republic of Germany emerged, and with it a foundational myth of the “economic miracle.” In this narrative, a new mass consumer society based on the production, export, and consumption of goods would redeem West Germany from its Nazi past and drive its rebirth as a truly modern nation. Turning this narrative on its head, Natalie Scholz shows that West Germany’s consumerist ideology took shape through the reinvention of commodities previously tied to Nazism into symbols of Germany’s modernity, economic supremacy, and international prestige.

Postwar advertising, film, and print culture sought to divest mass-produced goods—such as the Volkswagen and modern interiors—of their fascist legacies. But Scholz demonstrates that postwar representations were saturated with unacknowledged references to the Nazi past and older German colonial fantasies. Drawing on a vast array of popular and highbrow publications and films, Redeeming Objects adds a new perspective to debates about postwar reconstruction, memory, and consumerism. 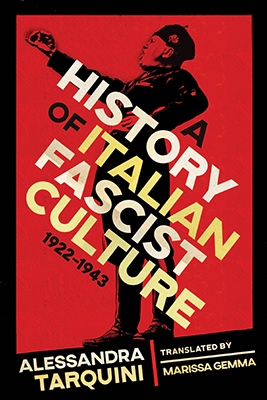 Alessandra Tarquini’s A History of Italian Fascist Culture, 1922–1943 is widely recognized as an authoritative synthesis of the field. The book was published to much critical acclaim in 2011 and revised and expanded five years later. This long-awaited translation presents Tarquini’s compact, clear prose to readers previously unable to read it in the original Italian. Tarquini sketches the universe of Italian Fascism in three broad directions: the regime’s cultural policies, the condition of various art forms and scholarly disciplines, and the ideology underpinning the totalitarian state. She details the choices the ruling class made between 1922 and 1943, revealing how cultural policies shaped the country and how intellectuals and artists contributed to those decisions.

Newest on the Mosse Blog:

Listen to former Mosse Fellows Dan Hummel and David Harrisville discuss The Virtuous Wehrmacht: Crafting the Myth of the German Soldier on the Eastern Front 1941-1944 on the UpWords Podcast.

Congratulations to Magda Teter for winning the 2021 American Historical Association George L. Mosse Prize for her book Blood Libel: On the Trail of an Antisemitic Myth (Harvard University Press, 2020).

Read Alin Constantin’s “Nazi Culture Revisited” on Anson Rabinbach’s Staging the Third Reich on the Journal of the History of Ideas Blog (5 May 2021).

Read Chad S.A. Gibbs’s Newsweek article “Advice About the End of the Pandemic, From a Combat Veteran” (16 February 2021).

Read Cindy Schweich Handler’s “We can hope history won’t repeat itself — but Fritz Oppenheimer’s experience is a warning,” in NorthJersey.

Congratulations Tamar Herzig on winning the Dorothy Rosenberg Prize for the history of the Jewish diaspora for her new book A Convert’s Tale: Art, Crime and Jewish Apostasy in Renaissance Italy (Harvard, 2019).

Read Arie Dubnov’s Ha’aretz article about the life of George Steiner: “What if Mossad Agents Had Caught Hitler in the Amazon Rain Forest?”

Read Mosse Exchange Fellow Abby Lewis’ review of Sara Blair’s new book How the Other Half Looks: The Lower East Side and the Afterlives of Images (Princeton University Press, 2018). 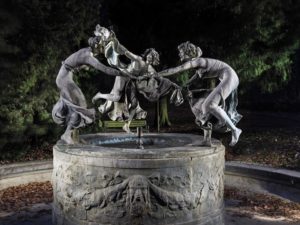 Mosse Materials (Visit the Archive above): 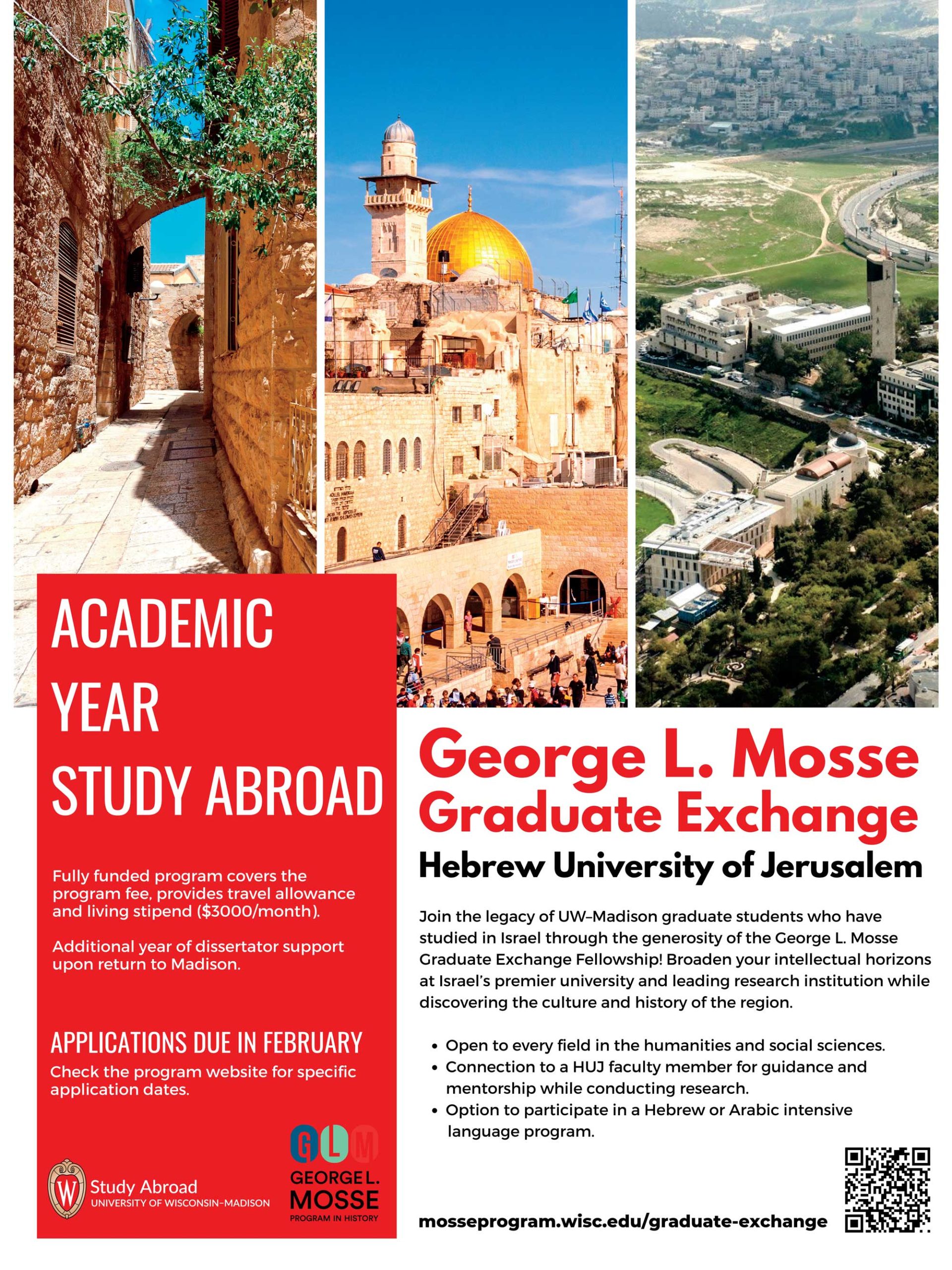 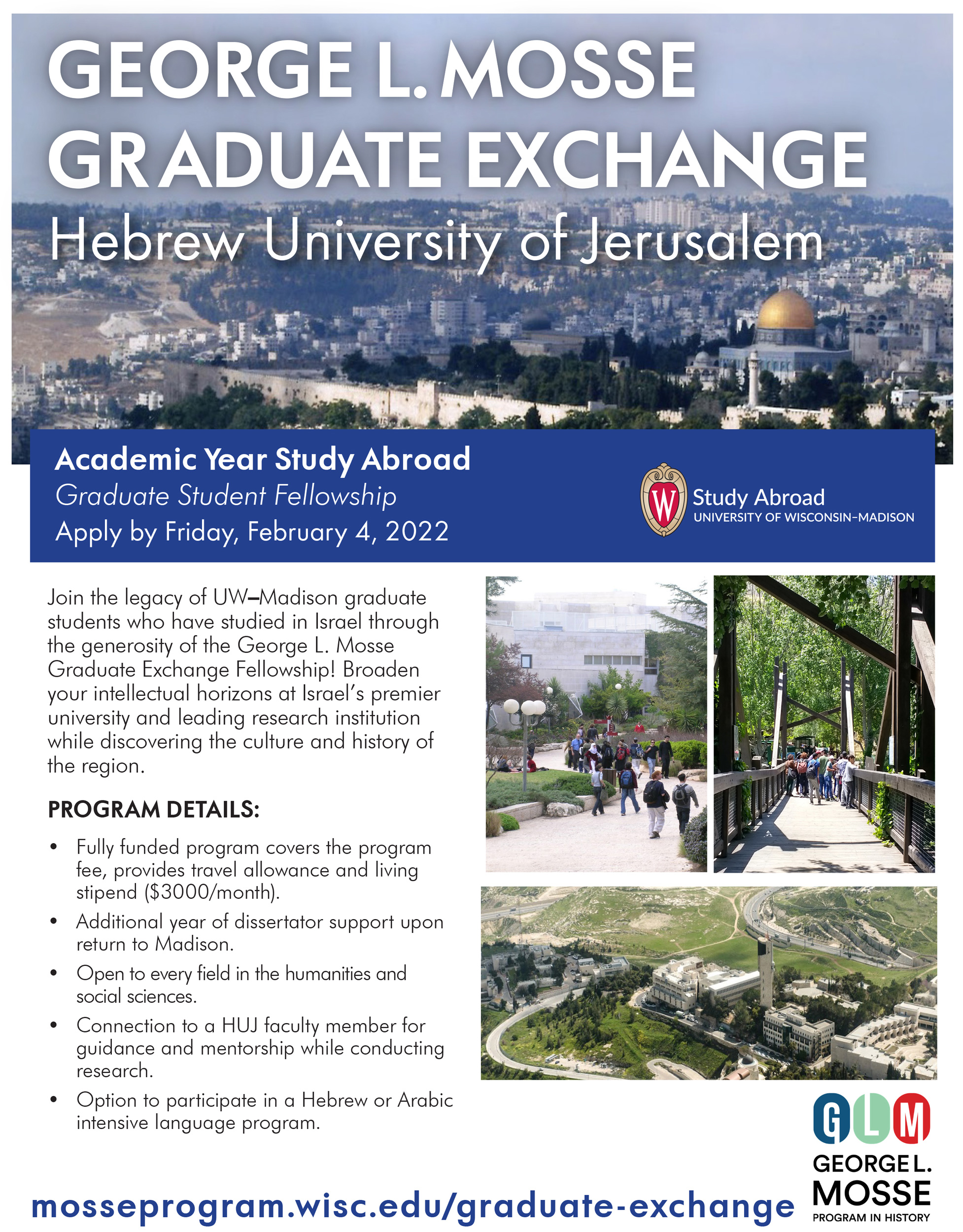 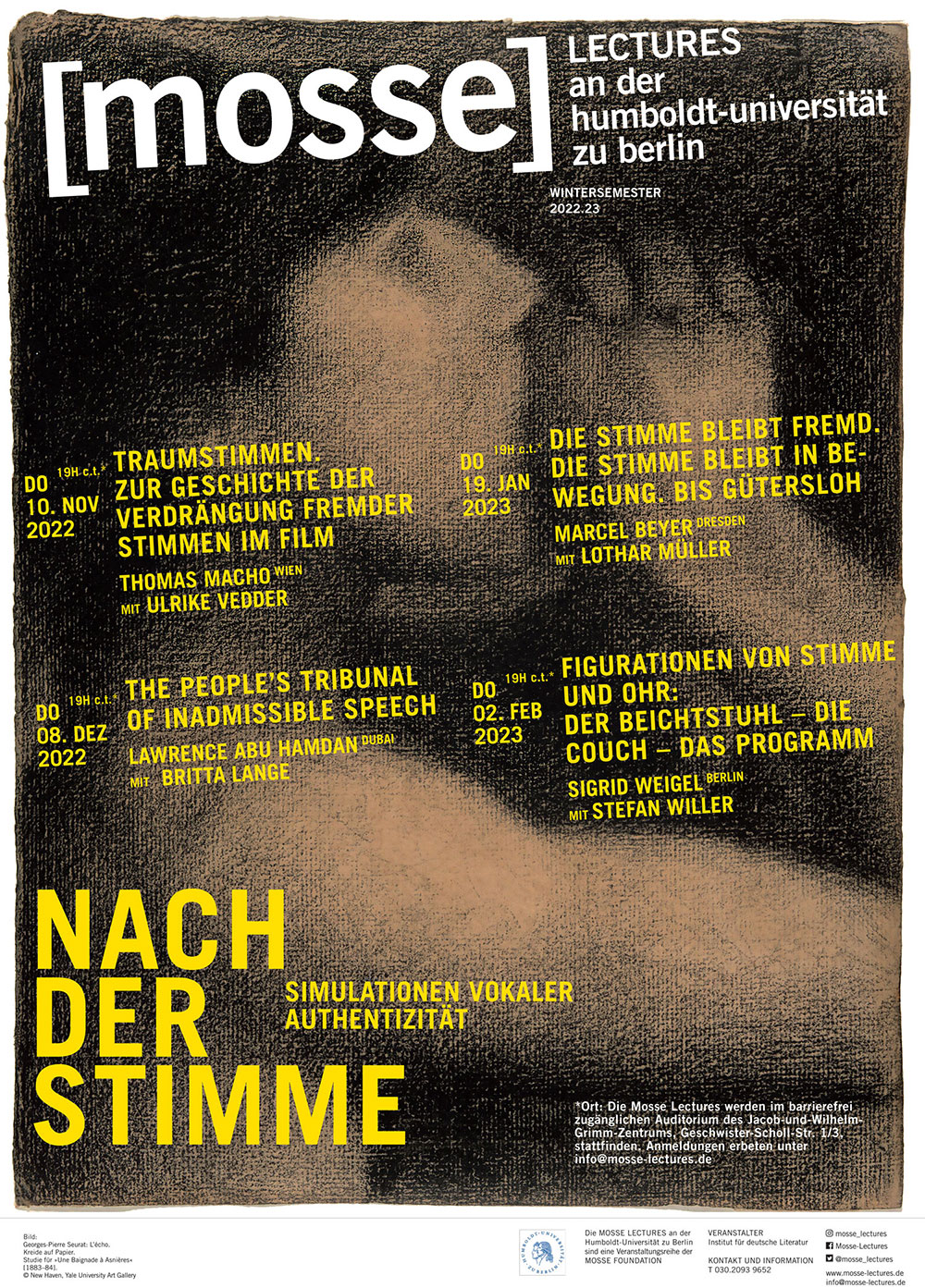