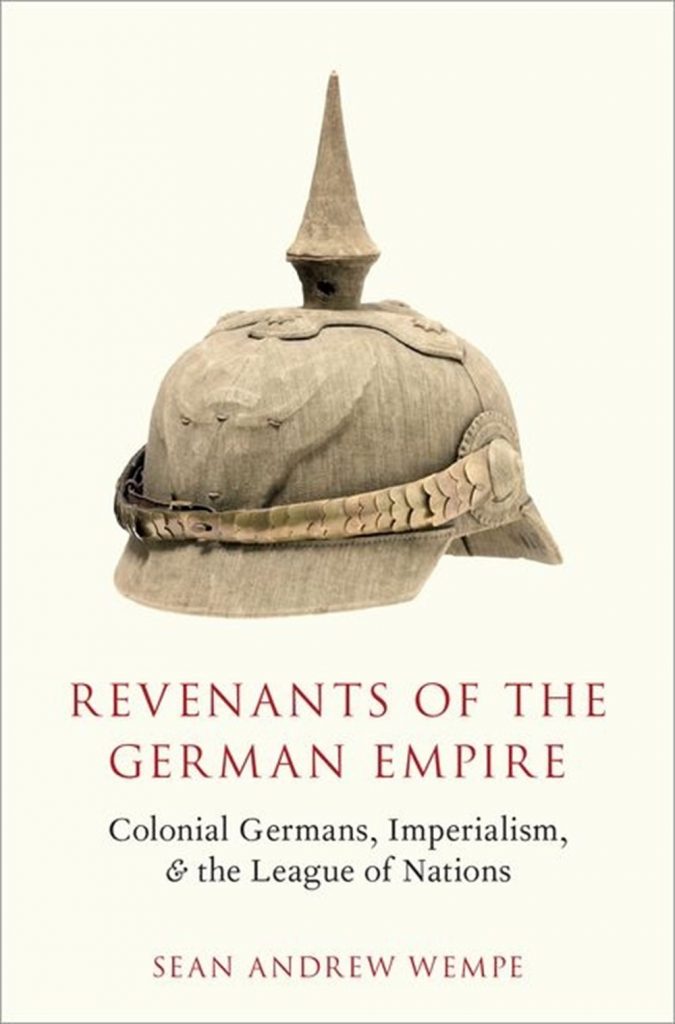 In the aftermath of World War I, Colonial Germans (Kolonialdeutsche) professed that they were the Treaty of Versailles’ most beleaguered victims. A self-proclaimed minority group who regarded the Weimar Republic as a poor substitute for the African homelands (Heimaten) from which the Allies had forcibly expelled them, Colonial Germans defended their imperial heritage in resolute terms during the interwar period. Amidst Weimar Germany’s compulsory retreat from great power status, former colonists came to see themselves as the “embodiment of Germanness” (Deutschtum) and as the last vestige of German culture on the European continent. In their own words, these German Africans (Deutsch Afrikaners) successfully “brought civilization to Africa’s wild interiors … and barren coasts … after only thirty years of colonization” (48). This assertion, together with the heroism they claimed to have displayed in the face of British and South African soldiers during the war, pressed this vocal minority to recapture what they saw as their rightful place as a bastion of Germandom in Africa.

Sean Andrew Wempe draws attention to this loose association of German Africans and their pursuit of a return to empire in his timely new study, Revenants of the German Empire. Most effectively, Wempe shows how this network of former officials, settlers, and soldiers used their alleged lack of national belonging after 1919 to reclaim their African Heimat in an unlikely place: the Permanent Mandates Commission of the League of Nations. As participants on the world stage, erstwhile colonists sought, above all, to resume their careers in Africa and to recover their reputations as women and men of honor. Though many German Africans were ardent nationalists during the Wilhelmine period, Revenants of the German Empire reveals that colonial expatriates willingly embraced “international governance structures” in order to regain their status as “civilized Europeans” in the eyes of their contemporary rivals (105). This necessary precondition, Wempe exhibits, proved to be the greatest hurdle for Colonial Germans to overcome. Nevertheless, colonial women and men worked to position themselves in favorable terms internationally in the wake of World War I.

The author is at his best in bringing to life the individuals at the center of his analysis. Here, Wempe’s detailed examination of archival sources enables him to expose the deep-seated animosities that German colonists harbored for their metropolitan brethren. As the true representatives of Germanness, Colonial Germans, he asserts, instinctively looked upon the new Weimar government suspiciously. Memories of the horrors of war, foreign occupation, and a collective belief that the metropole betrayed them at the Paris Peace Conference encouraged German Africans to seek imperial restitution beyond the traditional framework of the German nation-state. Wempe concludes that German expatriates discarded their citizenship in favor of new prospects in other European administrations as a result, a contention that allows him to expose the fluidity of national identity and the critical influence of international organizations on imperial affairs after 1918 (140).

This thoroughly-researched study fruitfully contributes to a growing literature on Weimar colonialism, internationalism, and diplomacy in the twentieth century.[1] Most originally, Wempe posits that German Africans effectively continued their role as pragmatic imperialists within the Leagues of Nations’ Mandate System. Colonial expatriates, he writes, labored to position themselves as principled bureaucrats on the world stage so that they might obtain “a niche” in the new liberal-imperial order, somewhere between the international structures of the Weimar era and irredentist dogmas of the Wilhelmine age (10). As a consequence of this effort, however, Colonial Germans earned considerable ire from imperial societies in Berlin, most especially from the leadership of the German Colonial Society (DKG) and the Imperial Working Group on the Colonies (KoRAG) (133). Though many former colonists continued to attend fundraisers for sympathetic organizations and maintain relationships with the DKG and KoRAG, these disputes, Wempe concludes, eventually inspired Colonial Germans to abandon any remaining irredentist dreams of overseas restitution in favor of their own imperial self-interests.

Revenants of the German Empire traces events throughout the interwar period chronologically, beginning with Germany’s surrender in World War I and the country’s forfeiture of its overseas empire to the Permanent Mandates Commission (PMC). Here, Wempe frames Colonial Germans’ motivations for imperial reclamation as both a search for national respectability and as a means to regain their “civilizational superiority” (37). In pursuit of these twin initiatives, powerful men such as Theodor Seitz, Wilhelm Solf, and Heinrich Schnee moved to fashion Germany’s violent colonial history as emblematic of every other imperial project, including those of France and Great Britain. Colonial Germans believed this allegation might help restore their reputations as “pioneers of civilization” and also enable them to use the language of self-determination to justify their return to Africa (50). Chapter two expands this argument further with its careful examination of the Heimat concept. Wempe argues that Colonial Germans promoted their “localized identities” in Africa as a means to regenerate the national idea in Weimar Germany (73). In the wake of France’s occupation of the Ruhr (1923) and what they perceived as the ruinous failures of the Locarno talks (1925), German Africans began to disassociate Germanness altogether with the European continent.

The four subsequent chapters elucidate the extent to which former settlers went to reconstitute their place in colonial Africa. Wempe’s focus on Dr. Ludwig Kastl and Dr. Julius Ruppel, two colonial bureaucrats who each respectively served as the German representative on the PMC, in particular, sheds fresh light on the shifting objectives of the League of Nations and how it orchestrated imperial policy during the interwar period. Here, Revenants of the German Empire demonstrates how Kastl and Ruppel, together with sympathetic officials from other European states, implemented a “new liberal imperial program” that distorted the original intentions of the PMC’s founders (160). Although some Colonial Germans, most notably Heinrich Schnee, eventually grew disillusioned with liberal international politics, the League of Nations evolved into the most visible defender of imperialism between 1919 and 1933 (184). In joining the so-called “hounds of imperialism,” German Africans recast themselves as agents of civilization in an increasingly internationalist world. Perhaps ironically, this decision put Colonial Germans in direct conflict with the Nazi regime after its rise to power in January 1933. While the NSDAP appropriated imperialist narratives to reflect its desire to return Germany to its former great power status, German expatriates soon realized that Africa was at best a secondary concern in comparison to Hitler’s quest for Lebensraum in Eastern Europe (219).

Revenants of the German Empire offers important insights on the multi-faceted legacy of liberal imperialism and internationalism after World War I. Wempe’s command of the archival sources and ability to give voice to a previously little-known network of former German colonists is a testament to the strength of his historiographical contribution. In addition to the merits of his transnational study, Wempe does well to appeal to his readership for more scholarship that looks beyond the demarcations of the nation-state.

In his conclusion, he impels historians, in particular, to “stop thinking about imperial histories and continuities in terms of a single metropole or national actor” and instead scrutinize how colonial projects might relate in the “history of European imperialism as a transnational whole” (232). Those of us who study European imperial history in the nineteenth century and earlier, in particular, will do well to heed Wempe’s invitation. The inherent violence of colonialism and its present-day legacies demand nothing less than our sincerest efforts to portray the consequences Europe’s imperial projects holistically, as well as to emphasize its shared legacy in the world today. 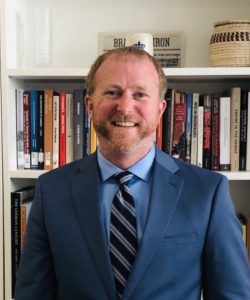 Adam A. Blackler is an assistant professor of history at the University of Wyoming. His forthcoming book, currently titled An Imperial Homeland: Forging German Identity in Southwest Africa, will appear in the Max Kade Research Institute of Pennsylvania State University Press’s book series, “Germans Beyond Europe.” Among Dr. Blackler’s most recent publications include a co-edited volume, entitled After the Imperialist Imagination: Two Decades of Research on Global Germany and Its Legacies (Peter Lang), and a chapter, entitled “The Consequences of Genocide in the Long Nineteenth Century,” in the book series A Cultural History of Genocide in the Long Nineteenth-Century (Bloomsbury Press). He is presently researching a book project that explores the vibrant topography of Berlin’s parks, market squares, streets, and municipal districts before and during the Weimar Republic.