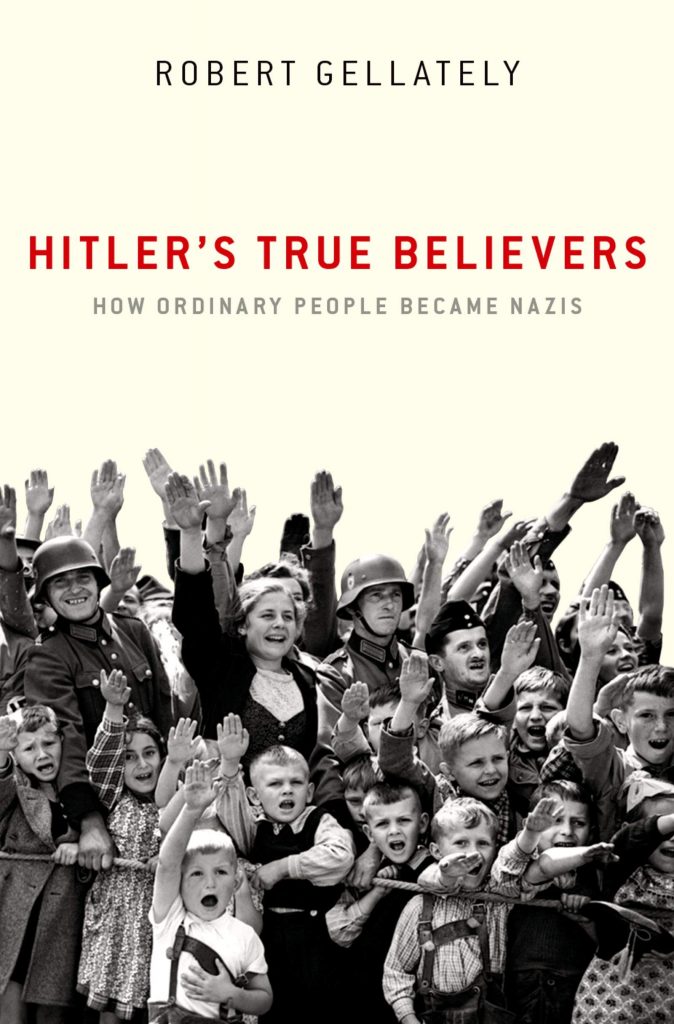 The winds of change were blowing in Braunschweig when Elisabeth Gebensleben-von Alten, the wife of the city’s newly appointed Deputy Mayor, sat down on March 22nd, 1933 to write a letter to her daughter Irmgard, who lived abroad in the Netherlands. Despite her displeasure at a recent spate of attacks on local Jewish-owned stores, Gebensleben-von-Alten gushed with enthusiasm about the celebratory atmosphere in the city on the previous day while Hitler and Hindenburg presided over the reopening of the Reichstag during the infamous “Day of Potsdam.” No fan of Marxism, she noted with some chagrin that a number of local Communists were now rushing to burn their red flags and join the Nazi Party. Then, in a chilling turn, she writes that “Of course it’s not that simple, so first they’ll have to serve a three-year probation in a concentration camp. The same goes for the Social Democrats.” How is it possible that this woman was already willing to accept the necessity of an organized campaign of violence less than two months after Adolf Hitler had been appointed German Chancellor?[1]

In his new book, Hitler’s True Believers, Robert Gellately attempts to explain why so many ordinary Germans ranging from Gebensleben-von-Alten to former Communists ended up supporting and, in some cases, fervently embracing the ideological project of the Nazi Party. Gellately is well suited for the task of understanding what, to borrow Peter Fritzsche’s phrase, turned “Germans into Nazis.”[2] His previous works include pathbreaking studies interrogating and illuminating the dynamics of the peculiar relationship that developed between German society and the Nazi police state.[3]

One of Gellately’s main objectives in Hitler’s True Believers is to offer a corrective to the reflexive way in which some scholars, most notably Martin Broszat, have dismissed the appeal of National Socialist ideology by describing it as little more than “a catch-all, a conglomeration, a hodgepodge of ideas.”[4] Per Gellately, Nazism succeeded as a movement because at its core it appealed to four ideas which were commonplace in German society well before the end of the First World War: nationalism, socialism, antisemitism, and colonialism. This meant that Nazism offered a big tent message which promised the creation of a classless and harmonious Volksgemeinschaft which would include the vast majority of “Aryan” Germany. By focusing on the broad appeal of Nazism, Gellately also hopes to challenge what he views as an outsized focus on Hitler’s charisma in the existing historiography of the Third Reich. On the one hand, this allows for greater scrutiny of how the actions of other historical figures contributed to the rise of Nazism. On the other, it demonstrates how true believers such as Ulrich Freiherrr von Bonthmer came to believe that they “inwardly…belonged” to the Nazi Party well before they had ever heard of or encountered the works of Hitler.[5]

The book unfolds over the course of twelve largely chronological chapters, beginning with a treatment of the paths that brought Hitler and Party elites such as Ernst Röhm, Hermann Göring, and Rudolf Hess into the fold of National Socialism. Almost all of them were veterans who were deeply disturbed by Germany’s defeat at the end of the First World War and the establishment of the Weimar Republic. Even before they met Hitler, future party leaders such as Alfred Rosenberg embraced radical antisemitism because it offered a clearer understanding of an increasingly chaotic world as well as the revanchist desire to overthrow the Treaty of Versailles and reclaim lost German territory.

From there, Gellately dives into intraparty disputes related to the development of a distinctly German form of socialism which would appeal, not least, to members of the German working classes. The original Nazi Party platform and subsequent policy documents written by the likes of Otto Strasser and Josef Goebbels called for socialist interventions which would appeal to German nationalism, create a more collectivist order to challenge capitalism, and avoid the pitfalls of “Jewish materialism,” which they saw as the basis of Marxism and Soviet Communism. The appeal of socialism never disappeared and over 70 percent of Germans eventually voted for parties which described themselves as “socialist” or “communist” during the Reichstag elections of November 1932.

A chapter on the motivations of early rank-and-file members of the party contains two of Gellately’s most important arguments about understanding the growth of the Nazi movement before 1933. First, he contends that Germans often flocked to the party for a host of reasons, including past participation in organized youth movements, an existing affinity for nationalism or antisemitism, or prior experience as members of right-wing militia groups such as the Freikorps. Indeed, many had independently developed a political identity that was not altogether different from that of the Nazis.

Second, regional party leaders employed mobilization methods which spoke to the interests of diverse constituencies around the country. This same strategy was subsequently used during election campaign activities at the start of the 1930s. Party agitators proved adept at identifying whether certain audiences would be more or less apt to respond to anti-Bolshevism or antisemitism. Concurrently, the Nazis benefited from the German public’s growing weariness with the embattled Weimar Republic.

The second half of the book focuses on the Nazis’ successful efforts to make their ideology a dominant feature of everyday life. Germans readily saw that they stood to gain material benefits by participating in programs such as vacations and leisure activities sponsored by Kraft durch Freude. Young “Aryan” couples and families were given the option of living in new social housing designed by architects who had aligned themselves with the new regime. Mass spectacles served to amplify Hitler’s Weltanschauung, such as when the 1936 Lenten carnival festivities in Cologne featured antisemitic floats and songs referencing the deadly serious Nuremberg Laws. This last bit speaks volumes about the degree to which antisemitism became a fundamental part of public life under the Third Reich. Many ordinary Germans were more than ready to endorse or engage in actions which supported the Nazis’ racial policies. Sometimes, they even outstripped the initiatives of the Nazi Police State, as was the case during a wave of “race defilement” accusations over the course of 1935. Additionally, Hitler’s aggressive foreign policy between 1933 and 1939 was geared toward both furthering popular support and preparing the country for the ruinous World War that was to come.

Gellately’s study is a gripping read and instructors would be wise to use some of his stand-alone chapters to convey to students how Nazism managed to draw in so many different segments of a divided German society. However, the Nazis were hardly unique in their appeal to nationalist, socialist, or antisemitic impulses after 1919. One can easily imagine that a comparative look at the failures of other parties to capitalize on public discontent following the First World War would bring the Nazis’ unique ability to inspire true believers into sharper relief. At the end of his introduction, Gellately writes that Hitler “became the Nazi Party’s main attraction in the early 1920s, and made it stand out from its competitors.”[6] This suggests that Hitler’s charisma and magnetism should not so quickly be put aside in explaining Germany’s descent into fascism. 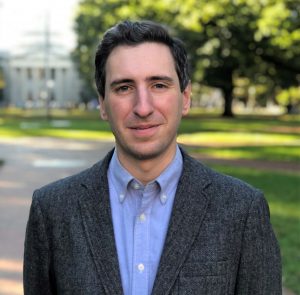 Max Lazar is a PhD Candidate in History at the University of North Carolina at Chapel Hill and the Goodman Dissertation Fellow at the Carolina Center for Jewish Studies. Max’s research interests are at the intersection of Jewish, German, and urban history. His dissertation, “Jerusalem on the Main,” is a local study of Jewish integration in Frankfurt am Main between 1914 and 1938. In 2020, Max was recognized with a Chancellor’s Award from UNC for his work teaching courses on Jewish History, antisemitism, and the Holocaust. Before graduate school, Max was a Fulbright Teaching Assistant at two high schools in Vienna and the Richard J. Sonnenfeldt Fellow at the Berlin office of the American Jewish Committee, which is located at the site of the former Mosse Palais on Leipziger Platz.