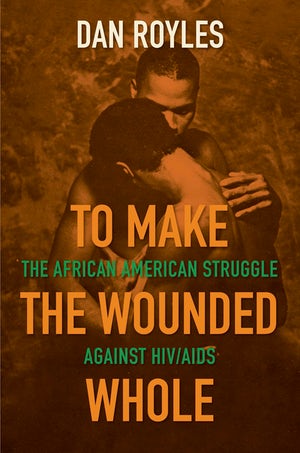 Dan Royles’ new volume explores HIV/AIDS activism in recent African American history. Across the book’s seven main chapters, Royles examines the ways in which Black grassroots activists raised awareness of how HIV/AIDS is contracted, sought to destigmatize the epidemic, and established health clinics in their communities. Whereas other scholars of Black political activism have relegated the epidemic to the margins of their studies, Royles instead centers grassroots responses to HIV/AIDS under the understanding that “African American AIDS activism fostered new ways of understanding the place of queerness and diasporic identity in Black America” (p. 9). Royles’ history persuasively argues that attention to Black HIV/AIDS activism is necessary, for it can improve our understanding not only of Black gender and sexuality, but also of civil rights and health activism in the late twentieth century United States and beyond. Indeed, as well as examining the efforts of Black activists in the urban United States, Royles pays attention to these organizations’ international outreach efforts. Notably, whilst researching his monograph, Royles launched an oral history project and an online archive detailing Black contributions to the fight against HIV/AIDS, thus signaling the importance of his contributions to public history.

Royles’ history underscores how regional differences across the US impacted how Black men understood their risk for AIDS. In Chapter One, Royles observes the efforts of Blacks Educating Blacks about Sexual Health Issues (BEBASHI) and the Aids Coalition to Unleash Power (ACT UP) in Philadelphia, the so-called “city of brotherly and sisterly loves” (p. 19). In the racially segregated of Philadelphia, whereby many Black men struggled to identify with the white-dominated queer rights movement, Rashida Hassan’s and Curtis Wadlington’s activism “emphasized racial solidarity over sexual difference” (p. 21). Royles explains that such a tactic appealed to Black men who had sex with men (MSM) yet did not identify as gay. Royles’ careful attention to regional specificities, as well as his recognition of the diverse ways in which past historical actors labelled their sexuality, is important here, for both factors impacted how people in the past understood their risk for HIV/AIDS.

Chapter Three focuses on the NYC-based group Gay Men of African Descent (GMAD), which consciously “looked to Black history and African tradition” in order to appeal to the Black diaspora, evident from their use of Swahili phrases and Yoruba iconography (p. 103). Much like BEBASHI, GMAD was committed to raising awareness of HIV/AIDS amongst male members of the Black queer community. Royles demonstrates how GMAD’s conception of “an alternative Afrocentrism that made room for same-sex desire” connected their activism to the achievements of the Black Renaissance, gay liberation, and Third World feminism (p. 82). Undoubtedly, Black HIV/AIDS activism not only fostered connections between African Americans, but also enabled US activists to situate their work within the context of “Third World organizing”, thus creating a “truly multicultural space” that simultaneously created “powerful coalitions while maintaining their individual cultural identities” (pp. 59, 72).

Royles next examines the ways in which the Nation of Islam (NOI) downplayed the association of HIV/AIDS with gay sex and instead emphasized the disproportionate ways in which the epidemic affected the Black community. Through the lens of the NOI’s promotion of immunologist Davy Koech’s development of the drug Kemron in 1989, which purportedly treated AIDS, Royles unearths another important chapter in the story of Black HIV/AIDS activism. Praised by the NOI and the African American press as “a landmark Black achievement that was being ignored or deliberately suppressed”, the Kemron story attests to longstanding racial tensions in the realms of science and medicine (p. 104). Given that Kemron was produced in Nairobi, Kenya, by a Black researcher, the NOI framed US ambivalence about the effectiveness of Kemron to both anti-African and anti-Black sentiment. Relatedly, informed by centuries of Black abuse at the hands of the white medical establishment and government, a number of conspiracy theories about HIV/AIDS abounded in the NOI, from the notion that the epidemic was man-made to fears that the disease constituted a plot of racial genocide.

Taken alongside the African origin-story of AIDS, which the NOI deemed an affront to the Black community, Royles aptly demonstrates that “the fight over Kemron was about much more than the drug itself”, for Black HIV/AIDS activism was entangled with the long and extensive history of racial exploitation and annihilation (p. 133). Indeed, “far from being a sideshow to the fight against AIDS”, Royles argues that the debate over Kemron in the early 1990s “speaks to the close connection between AIDS in Black America and much older wounds that have yet to be made whole” (p. 134). Royles’ analysis of Black suspicion of medical racism is especially illuminating given that communities of color have been particularly devastated by COVID-19, thus attesting to the contemporary relevance of Royles’ attention to health disparities amongst communities of color in recent US history.

In Chapter Five, Royles focuses on The Balm in Gilead, a Black Christian organization based in Harlem, New York City. The organization raised awareness of HIV/AIDS in both the US and abroad, thus contributing to the “broader shift in interest toward ‘global AIDS’ in the late 1990s and early 2000s” (p. 155). As we have seen, The Balm in Gilead was not alone in realizing the power of orienting their activism towards the global, for other Black HIV/AIDS activists also hoped that their campaigns would benefit communities overseas. Although The Balm in Gilead’s leader, Pernissa Seele, sought to create a more inclusive Black Church, the organization “dropped its focus on breaking the silence surrounding homosexuality when it came time to expand into Africa” (p. 163). Much like the NOI, the Black Church was relatively quiet on the prevalence of HIV/AIDS on the Black queer community, despite the particularly devastating impact of the epidemic on its members. Given that the disease was commonly associated with gay men, drug users, and Africa, the story of HIV/AIDS cannot be told without reference to stigmatization, and Royles’ history is no exception.

Royles’ return to ACT UP Philadelphia in Chapter Six makes further explicit the connections between local and global Black HIV/AIDS activism. Whereas other historians have neglected to consider the organization’s international outreach efforts in later years, Royles notes how “its newer members, who tended to be poor and Black, saw themselves as connected in important ways to people with AIDS in the developing world” (p. 168). This suggests that global class and racial struggles became increasingly important as ACT UP Philadelphia’s membership “shifted its center of gravity from middle-class white gay men to poor people of color” (p. 194). Ultimately, through his analysis of the construction of racial solidarity and Black internationalism, Royles persuasively demonstrates that Black HIV/AIDS activism cannot be understood without attention to the broader international framework of the Black freedom struggle.

In his final chapter, Royles explores SisterLove, an Atlanta-based group dedicated to promoting awareness of HIV/AIDS amongst Black women, in order to draw attention to the vitality of progressive grassroots organizing in this southern city. Much like other Black HIV/AIDS organizations based in the US, SisterLove situated their activism within the global AIDS framework, with leader Dazon Dixon Diallo working to extend the organization’s presence into Africa and the rest of the Global South from the 1990s. With regards to the epidemic in the US, Diallo argued that the Center for Disease Control’s (CDC) clinical definition of AIDS, which was based on how the disease presented itself in men, had negative consequences for Black women’s health. Indeed, notwithstanding the long-time association of HIV/AIDS with gay men, Black women continue to be disproportionately affected by the epidemic, with the epicentre of AIDS in the US being the Deep South. Given that Black women “were more likely to be infected with HIV than their white counterparts”, grassroots women’s organizations such as SisterLove were of the upmost importance (p. 202). Not only were Black women neglected from many gay men’s campaigns against HIV/AIDS, but were also left wanting when working with white, middle-class feminist organizations such as the Feminist Women’s Health Center (FWHC), who deemed AIDS of marginal concern. Given these health disparities and the repeated side-lining of Black women’s struggles, Royles’ analysis of SisterLove’s activism, which sought to counter classism, racism, and sexism by centring Black women’s health, is a much welcome contribution to histories of women of color feminisms.

Dan Royles’ To Make the Wounded Whole is an incredibly ambitious and illuminating monograph that serves as an important contribution to studies of Black health, Black internationalism, and sexuality and gender studies. Royles’ engaging writing encapsulates the stories of a variety of African American HIV/AIDS grassroots activists to great effect, thus underscoring the significance of acknowledging this often-neglected chapter of Black history. Royles’ history of the diversity of Black HIV/AIDS organizing in the late twentieth century US would benefit scholars interested in political activism or global health initiatives, as well as those interested in uncovering past attitudes towards queer sexualities and recognizing the contributions of historical actors with marginalized identities. 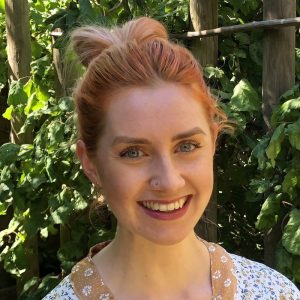