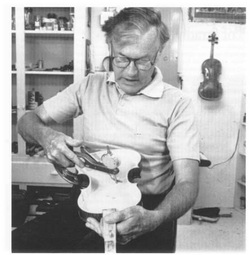 William F. “Jack” Fry was a University of Wisconsin–Madison physics professor from 1952 to 1998. He also had an incredible passion for Italian history. Fry collected thousands of Italian manuscripts over the years and donated over 40,000 items to the UW-Madison Libraries from 1995 onward.

In 2019, over the course of the summer, I catalogued and organized the oversized section of the Fry Collection at the UW Special Collections. These thousands of newspapers and documents are a critical source of information on what Italians read from the end of World War I through the immediate post- World War II years. The Fry Collection gestures toward how Italians reacted to shifting European politics, and how they made sense of the post-World War I decades, especially Mussolini’s regime. By reading the daily happenings on parliamentary disputes, international developments, and war reports, the reader gets a sense of the tumultuous nature of Italy’s early 20th century. From the eyes of Italian journalists and fascist leaders, you get a glimpse of the country’s determination to become a key player on the world stage while still struggling with the regime and the country’s shortcomings. An example of this, as outlined in one of Fry’s insightful summaries, entails the fact that maps of the Roman Empire (Image 1) were often found in fascist youth halls pinned to walls next to a map of the “New Roman Empire” (Image 2), which Mussolini had promised Italians.

Through these documents we get a glimpse of how a nation becomes willing to embrace a leader on the promise of returning to past glory. To do this, the Fascist party promised to restore the Roman Empire, transform Italy through greatness of strength, crush any dissident movement, and invade parts of East Africa. In Il Veneto’s January 15, 1937 edition (part of the Fry Collection) Mussolini describes himself as Europe’s most trusted negotiator and the sole defender of Italian values.

The Fry Collection’s newspapers are predominantly from Northern Italy, such as Il Veneto, Il Piccolo, or Il Popolo di Trieste; they are also primarily fascist in orientation. This specific collection provides insight to the Partito Nazionale Fascista’s propaganda machine, how fascist journalists reported news, and how they overemphasized the party’s accomplishments. In addition, there are magazines and newspapers from Italy’s colonial dispatches describing life in Tripoli or Addis Ababa and reporting on Italy’s colonial military campaigns (Image 3). There also is a considerable collection from the Corriere della Sera, an interesting example of a neutral newspaper turning into a fascist propaganda tool under the regime (the June 29, 1914 issue that covers the Austrian-Hungarian Archduke’s assassination being among these (Image 4)) and l’Unita’, the Italian Communist party newspaper. (Image 5)

This is a large manifesto that was used in the meetings of the fascist youth group in the town of Asiago located north of Venice. It is a large map of Europe and northern Africa that displays the conquests of the Imperial Roman Empire. There is a text on the map that states that the fascist empire has become a power like the ancient Roman Empire. In fact, they call it the “Modern Roman Empire.” This very large manifesto (1m x 3/4m) was used for the education of the young fascist youth. An insightful and beautiful document printed in color with the official seal of the fascist organization in Asiago.*

A special issue with a full cover page map of the “New Roman Empire” printed in color. It includes Africa, Albania, the Balkans, etc.*

This is the official newspaper of the Communist party in Italy. It is of special interest because of the forthcoming Italian election of 1948.* The Christian Democrats would ultimately win the elections with 48,11% of the votes. The Communist party finished second, with 30,76%.

*Every document’s description comes from Fry’s original summaries. He wrote a short paragraph for each piece he collected and donated. 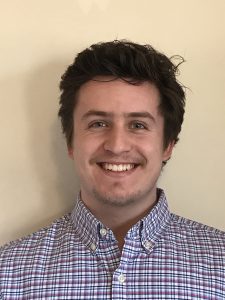 Nick O’Connell is currently working on his B.A. in History and International Studies at the University of Wisconsin-Madison. Born and raised in Italy, Nick developed an interest for 20th Century European History and is particularly fascinated by the rise of Italian Fascism and the insurgency campaigns of Italian partisans. This fall, he will work on his senior thesis with Professor Patrick Iber, focusing on the methodology of analyzing current events in an historical perspective. As a member of the George L. Mosse Program, Nick is thrilled to further explore European modern history.