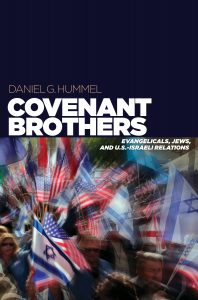 Israel has been in the American news a lot recently. The sum of all of this coverage—from the Israeli government’s drama with members of “The Squad” to President Trump’s charges of disloyalty toward Jewish Democratic voters—is that Israel has become an ever more active front in the American culture wars, pitting conservatives against liberals—in the Jewish community, in the Christian community, and in public discourse—with both sides invoking Israel or Zionism, or leveling charges of antisemitism.

Because of this recent media attention to Israel, which includes President Trump being compared to “the King of Israel” by conservative commentator (and Jewish-born convert to Christianity) Wayne Allen Root, I have written and talked to reporters in recent weeks about the highly visible, and deeply complex, relationship between American evangelical Christians and the state of Israel. In the spirit of George Mosse, whose beneficence helped me complete my UW dissertation (now book) on Christian Zionism as a Graduate Exchange Fellow to the Hebrew University in 2012-13, I hope my historical research can in some way inform cultural and political criticism in the present to better grasp and deconstruct the discourses and movements that dominate our headlines.

In the Washington Post, I recently wrote an explainer about the increasing phenomenon of evangelicals Christians observing Jewish holidays, including Tisha B’Av (this past year, August 11th), which commemorates the destruction of the first Temple in Jerusalem. Though this was in an op-ed column, I refrained from passing judgment, instead explaining the historical, ideological, and theological motives that have driven many evangelicals to this new practice. This fits into a larger argument in my research that the key to understanding Christian Zionism is to understand the revolution in theological and religious categories that has occurred in conservative Protestantism since World War II, the Holocaust, and the creation of the state of Israel. In a recent post for the Baker Institute for Public Policy blog (and the Boniuk Institute for Religious Tolerance) at Rice University, I summarized the “interfaith” dimensions of evangelical-Israeli cooperation on Israeli policy. As a review of my book in The Forward articulates, theological concepts like “God’s covenants” are at the heart of modern Christian Zionism.

I was also able to talk to NPR about the growth of evangelical Holy Land tourism—a phenomenon that likewise has multiple political, religious, and economic dimensions. NPR’s All Things Considered also had me weigh in on a short radio report on the recent uptick in evangelical Holy Land tourism, while reporter Tom Gjelten talked with me at greater length for his full written story.

The specific headlines of the past couple weeks related to Trump’s charges of dual loyalty to American Jews who vote for Democrats has generated a great deal of journalistic interest in the role of antisemitism in Trump’s rhetoric, as well as the complex ways evangelical Christians understand Jews. I spoke with Emma Green of The Atlantic about the eroding bi-partisan consensus on Israel. I also spoke with Julie Zauzmer at the Washington Post on the ways antisemitism manifests in contemporary evangelical culture.

As a historian, it can be challenging to weigh in on contemporary events. Historians more than most should be humble about their ability to say anything with certainty about the present. But George Mosse left a legacy of cultural criticism that uses the tools of history to highlight often overlooked discourses and forces that, in the long run, are what end up shaping our collective understandings of the past. By situating these recent events in longer historical trajectories, my goal is to convey to reporters and readers alike how deeply, and in what ways, Israel has become embedded in American politics and how leaders in both parties, and in religious communities themselves, situate Israel as an issue of identity and cultural struggle. 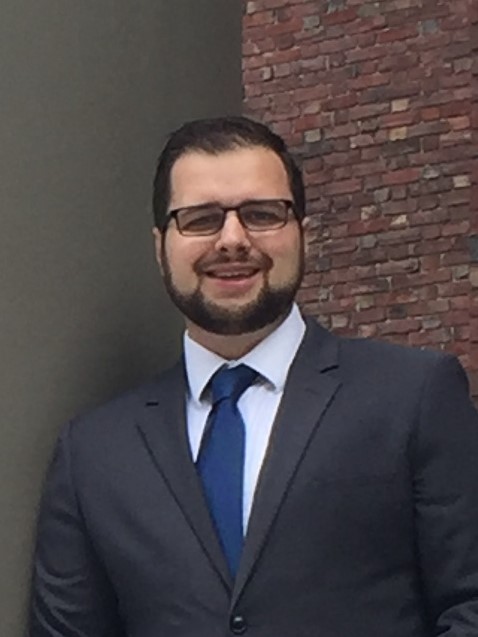 Daniel G. Hummel earned his PhD in History at UW-Madison. He now works at Upper House, a Christian study center located on the campus of UW-Madison. He is the author of Covenant Brothers: Evangelicals, Jews, and U.S.-Israeli Relations (University of Pennsylvania Press, 2019).