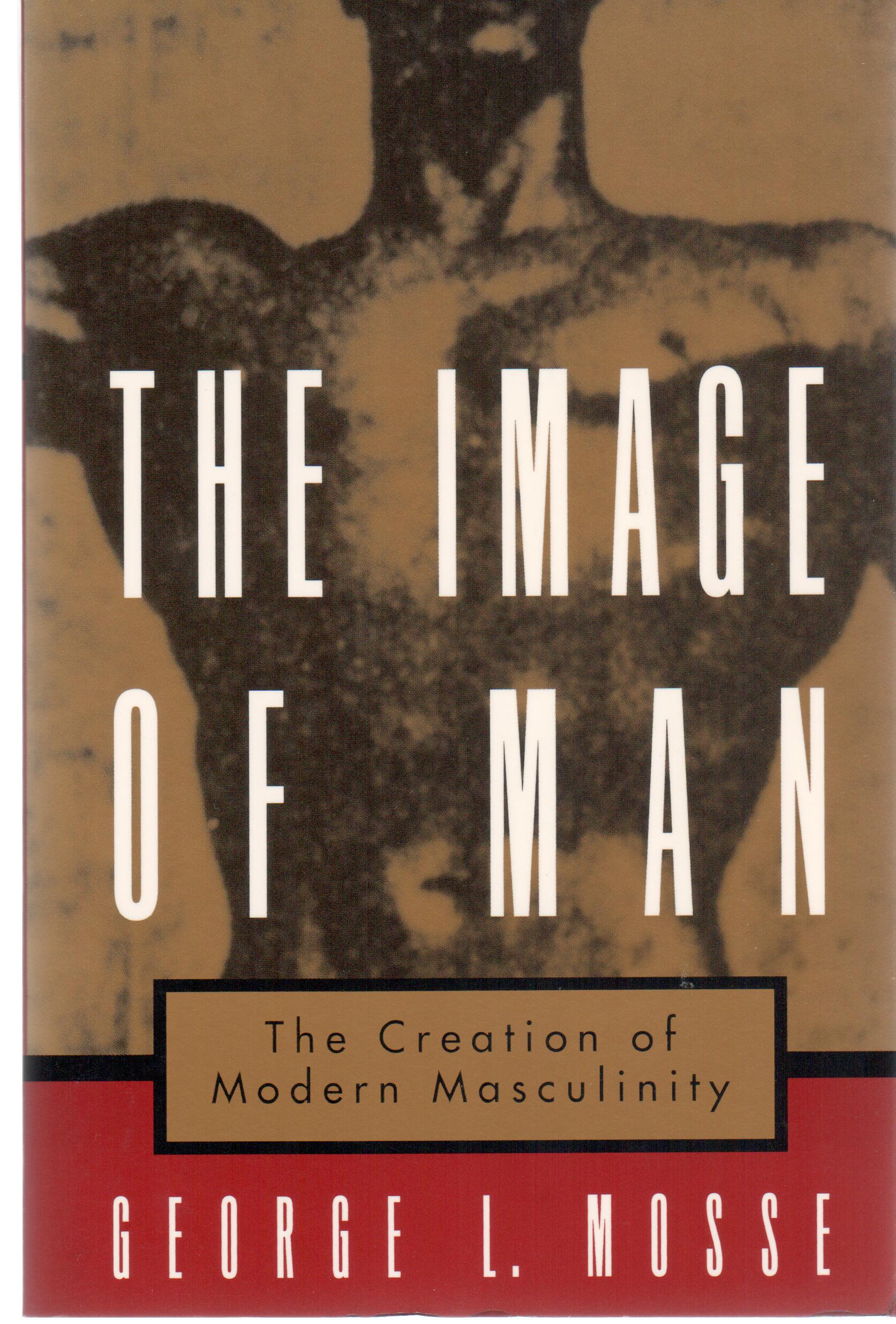 George L. Mosse’s Image of Man: The Creation of Modern Masculinity traces the creation, maturation, and various erosions or perversions of the dominant Western ideal of manhood across the 19th and 20th centuries. This modern ideal, which he somewhat provocatively terms “the masculine stereotype,” arose in the Enlightenment, strengthened across the nineteenth century, reached its tragic peak under fascism in the first half of the twentieth century, and has softened – perhaps weakened? – since 1945. With keen focus on representations of male bodies in art, film, and athletics as well as lived experience, Mosse makes a compelling case that the male body’s outward appearance was assumed to reveal, or better yet made to reveal the inner content of a man’s soul. Ideally, that body-soul nexus would demonstrate such virtues as self-control, moderation, and harmony. Further still, the “masculine stereotype” was not merely a goal for individual men to achieve, but the representation of whole nations’ societal norms and cultural aspirations. The image of man that Mosse investigates was, all at once, a driving force in realms public and private, individual and social, real and imaginary.

The complexity of Mosse’s subject and the density of his analysis inspire many questions, though I want to focus on three in the following pieces. As a historian of masculinity in seventeenth-century France, I am pushed by Mosse’s work to consider familiar methods and questions in new ways. At the same time, The Image of Man appeared in 1996, near the end of a particular era in gender and sex issues in the US; the concluding part of this series thus reflects on the ambivalence of an emergent inflection point. I therefore hope to use the following posts to consider ways of analyzing past cultures and beliefs; to sketch an approach to histories of masculinity more broadly; and finally to consider the applications of this work, two decades and (in some ways) a cultural world removed from its completion.

Perhaps Mosse’s chief accomplishment in The Image of Man is to clarify and dissect a familiar, often unquestioned idea. “What makes a man” has long been at the core of Western culture (a topic explored further in my second post), but only rarely considered or described aloud. As Simone de Beauvoir observed as recently as the mid-twentieth century, masculinity was taken for the norm, “the absolute human type,” and femininity something else, to be “defined and differentiated with reference to man and not he with reference to her.”[1] Manhood is regular, usual, unremarkable, and therefore unremarked — whereas womanhood is made visible by its difference and inferiority. Manhood was long seen as neutral, without need for critical explanation or investigation.

In part, the masculine ideal could appear neutral because it appeared timeless. The modern stereotype that Mosse identifies emerged in the late 18th century, but carried over key features from past ideals of male honor and comportment from the Renaissance and Baroque ages, chivalry from the medieval, and self-mastery and physical appearance stretching back to ancient Rome and Greece. Though Mosse convincingly demonstrates the novelty in modern masculinity, the gradual evolution rather than dramatic revolution in establishing the new ideal obscured its outsized impact. At the same time, continuity with the past maintained the illusion that the “true man” is simply a fact of nature, rather than the product of intense intellectual, cultural, and artistic labor.

Mosse’s skill in finding, interpreting, and combining sources allows him not simply to render visible a hidden phenomenon, but to trace its history and influence. Drawing on evidence from the likes of philosophers, sculptors, medical experts (though often “experts” in now-debunked fields like physiognomy), politicians, pedagogues, poets, or simply the diaries of ordinary people, Mosse weaves a complex, but compelling case. He picks apart their language and arguments to show the centrality of a masculine stereotype, even where authors seem unaware of its significance in their thinking. Mosse presents witnesses to testify to the theories, policies, lessons, and symbols that elites and leaders hoped would guide the public at large to proper conclusions about virtuous masculine ideals; moreover, he supplies evidence that these efforts were mainly successful. Indeed, the argument is perhaps most convincing when Mosse looks at the various alternative models, the “countertypes” to normative manhood that cropped up at various moments: he demonstrates that figures produced by nineteenth-century Romantic dandies or socialists, fin de siècle feminists and homosexuals, and postwar pacifists or fascists all emerged, challenged the norm, and were ultimately either defeated or absorbed into the dominant discourse. In sum, Mosse reads broadly, from works of theory as well as practice, to demonstrate not only what masculinity was affirmatively supposed to be, but also what oppositional forces hoped to make of it.

In these ways, The Image of Man is a model of what is often termed the history of “mentalities.” Mosse has first identified an idea that was pervasively influential in Western culture, yet invisible to contemporaries despite (or perhaps because of) its ubiquity. He identifies the authors and authorities who, consciously or not, provided the intellectual materials for its construction, and delicately deconstructs the evidence they left, to reveal the unspoken assumptions that structured those materials. As he picks apart their words and “between-the-lines” beliefs, he provides proof of its effect – that notions of manhood were not just literary figures or abstract ponderings, but that they were adopted and deployed in real life, by real men and even women. Nor does Mosse commit the all-too-common misstep of implying that these cultural forces acted on their own and encountered no resistance. Rather, he is careful to acknowledge the people who variously – though only rarely consciously – championed, altered, perverted, resisted, or denied these ideas, in different contexts and to different effects.

Finding and foregrounding such hidden ideas is no small feat in the case of any historical investigation – I think especially of scholars who have painstakingly analyzed humor, fashion, emotion, foodways, or any such richly nuanced, unconscious ways of being in the world. To perceive those elements submerged in past societies is an important achievement on its own. Mosse’s accomplishment is all the more admirable in that he has identified and analyzed a force as carefully hidden and crucially important as masculinity, and that he has so lucidly explained its origins, functions, and influences across Western Europe and even the USA. The Image of Man provides not only a vivid account of manhood’s place in the modern world, but a model for thinking about unspoken beliefs that condition our experience in the world.

Jim Coons is an assistant professor of History at the University of Wisconsin-Whitewater. His research focuses on the history of of France, especially in the early years of Louis XIV’s reign. His current project examines the ways that political ideas intersected with personal categories, especially gender, social status, and emotion, to build the culture of royal absolutism. Both historically and in the contemporary world, he is interested in the ways that self-concept and “irrational” ways of seeing the world help to shape political and social institutions.