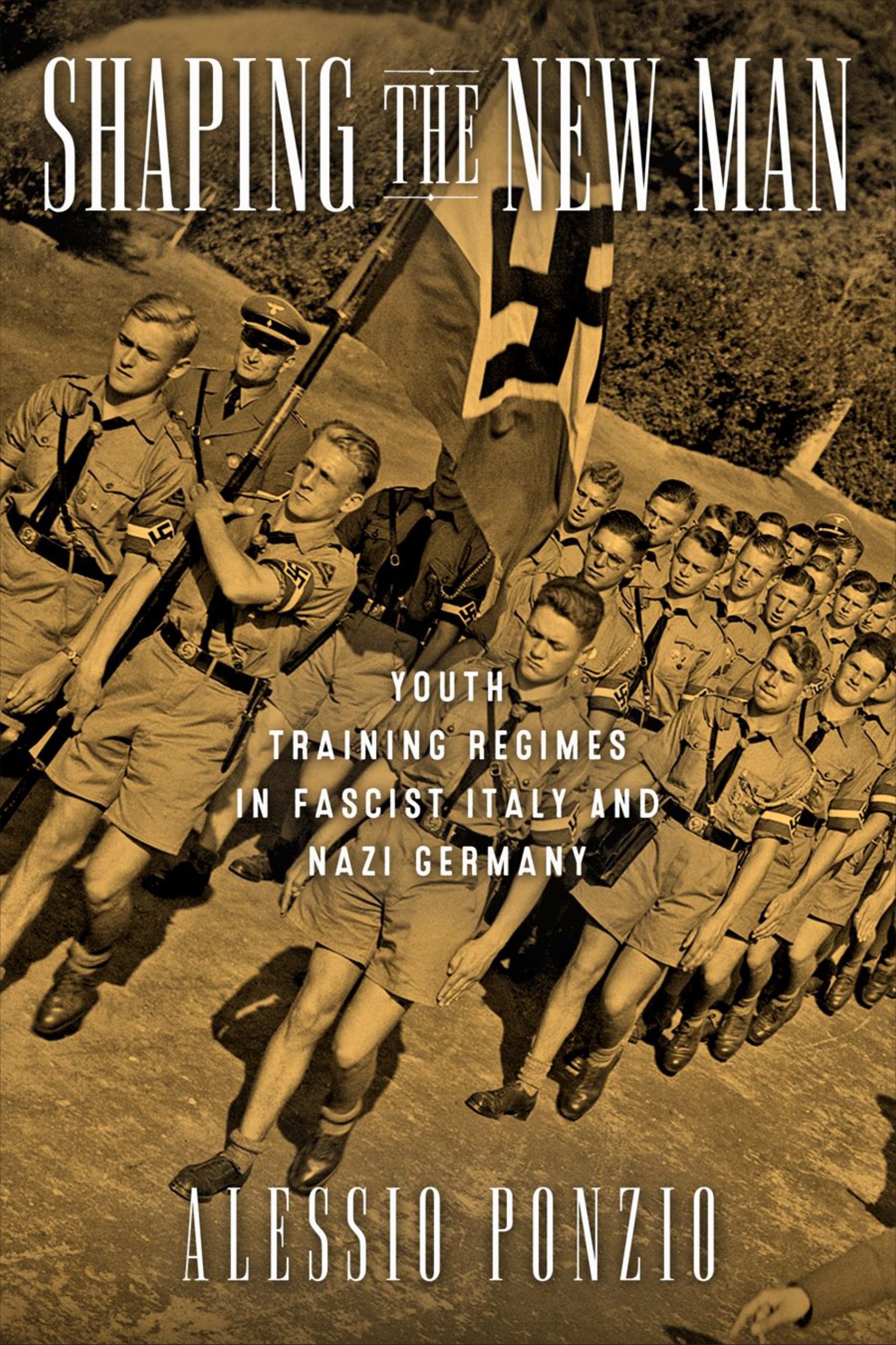 Alessio Ponzio’s Shaping the New Man is a valuable contribution to the transnational history of Italian Fascism and German National Socialism from the perspective of youth. Fascist Italy and Nazi Germany shared similar ideological values: cult of the body, militarism, nationalism, and anti-Communism. Both regimes were invested in creating the “new man.” Mussolini, for example, wanted “a new kind of tough and strong-willed man, a fighter, a latter-day legionary of Caesar for whom nothing was impossible” (5). Hitler stressed that “only youth could transform Germany and guarantee the future of the Nazi regime” (6). Youth organizations played a central role in this pursuit. Ponzio convincingly shows how youth leaders succeeded in changing the beliefs and taking away the individuality of many Italian and German youths. While Ponzio is not the first to examine the history of Fascist and Nazi youth organizations, this book complements this rich historiography by investigating the institutions where youth leaders were trained. Ponzio examines the Opera Nazionale Balilla (ONB) and its successor after 1937, the Gioventù Italiana del Littorio (GIL), as well as the Hilterjugend (HJ). The book focuses on the institutional structure, leadership, and aims of these organizations.

One of the author’s more provocative statements is that the training of Italian youth leaders became a model for the Nazis. While the evidence does not always convince the reader of this claim, Ponzio shows how collaboration between Italian and German youth organizations was useful for strengthening the bonds between both countries. They were also good propaganda instruments: summer camps and parades offered opportunities to “show off” the strength of each country’s youth. Mutual visits and interactions were also useful for sharing ideas on how train youth leaders. Ponzio contends that the Italians were ahead in pedagogical innovations: they had established schools and training grounds for the youth leadership years before the Hitlerjugend was able to recruit members in large numbers. The exchanges between the Fascists and Nazis, Ponzio argues, “were not only important in patterning a somehow shared ideological platform, but also favored the institutional interaction that helped the Nazis discover a different way to train the top leaders of the Hitlerjugend” (117).

Ponzio does not conceal that his focus is institutional history. The author does not seem to be interested in the educational practices as such. Ponzio mentions here and there how the actual education of youths took place: gymnastic squads, marches, military training, reading, history classes, entertainments, excursions, and travel to foreign countries. The analysis of these practices, however, is given curt treatment. Nevertheless, there are a few moments in which the author pays attention to them. For this reader, these were some of the more fascinating passages in the book. The ONB, for example, visited the United States in 1931. Italian youths met the fitness guru Bernarr Macfadden who respected Mussolini “because he had saved the country from Communism” and because he admired the Italian state’s commitment to physical education (55). Macfadden, of course, had ulterior motives: he wanted to promote his training method in Fascist Italy. The trip was productive for the Italians. Renato Ricci, the leader of the ONB, was particularly keen on parading Italian youths internationally in order to show how his country had recovered from the war and had a promising future. With their stylish uniforms and fit bodies, the students of the Fascist Academy of Physical Education showed the strength of the regime to the Americans, Italian immigrants, and the entire world: “The message they carried to the United States was that, in a few years, Mussolini had been able to regenerate the youth of Italy” (58). Passages like this vividly illustrate how the Fascist regime was creating its “new men.”

I also found fascinating the author’s analysis of the Mussolini Forum, the ONB’s training facilities, and of the Hitlerjugend Academy of Braunschweig. I wish the author had explored further how architectural practices “shaped” the new man. The author glosses over some instructional materials, but we learn little about their content. Granted, educating youth was crucial for creating “new men,” but we don’t learn enough about what these men were supposed to look like. The book does not pay much attention to gender either, other than by mentioning some of the differences between male and female youth groups. The “new man” as metaphor is not fleshed out. The material has definitely the potential for the analysis of gender alongside class and race. This shortcoming does not diminish the many other achievements of this well-researched book.

The last two chapters make up for these limitations. Ponzio shows how Italy and Germany continued to invest in their youth groups and their leaders during the war. He contends that “youth, and the youth leaders, were their very last hope; they were the only ones who could continue the Revolution and struggle” (212). Collaboration between youth groups continued until the end of the Fascist regime in 1943. Baldur von Schirach, the Nazi youth leader, even imagined a European Youth Association. While the name implied some form of equal footing among all its members, the Nazis were interested in domination and racial supremacy. They abandoned the idea due to its potential high cost and fears of espionage (195-6).

Ponzio ends the book with an afterword on memory and coming to terms with the past in Italy and Germany. He concedes that despite the successes that youth leaders may have had in shaping the “new man,” Italian Fascism and National Socialism were “totalitarian utopias” (223). The boys who came of age under Mussolini and Hitler “did not always fit the expectations those regimes set for them” (224). After the war, youths reflected on their experiences in these groups. Some admitted to having been loyal Fascists and Nazis; others showed disillusionment or disappointment; and a few claimed to have opposed the regimes under which they grew up. Most youths, however, chose to focus on the aspects of everyday life that these organizations impacted: freedom from adult supervision and control, a new sense of purpose, and more opportunities for interactions with youths of the same age. The observations in the memoirs Ponzio analyzes remind us of the importance of considering cultural practices as well as gender and sexuality in the history of Fascist and Nazi youths.

Javier Samper Vendrell is an assistant professor of German at Grinnell College. He is an historian of modern Germany who specializes in LGBT history. He’s completing a book titled The Seduction of Youth: Homosexuality and Mass Culture in the Weimar Republic. This book explores how concerns about the influence of mass cultural forms on youthful sexuality led to homophobic repressive measures, which, in turn, impacted the development of modern homosexual identity in Germany during the 1920s.