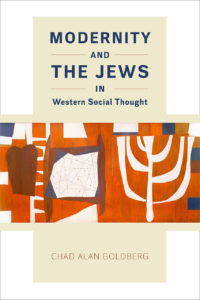 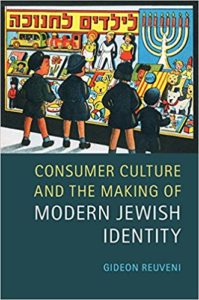 Winner of the award in the field of “Modern Jewish Thought and Experience,” Reuveni’s Consumer Culture and the Making of Modern Jewish Identity (Cambridge University Press, 2017) “call[s] attention to the significance of spending…in the process of redefining Jewishness in the modern period” (p.x). Focusing its attention on Weimar Germany, the book investigates how consumption functions “not only as mode of integration but as means of marking off difference” (p.xii). Of special interest to historians of modern Jewish visual culture will be Reuveni’s careful readings of various advertising campaigns that targeted German-Jewish audiences, from cartoonish Mercedes Benz advertisements to ornate stamps highlighting the multiple Jewish holiday uses of Tomer Margarine. Germany’s Centralverein (Central Association of German Citizens of Jewish Faith) even hired Rudolf Mosse’s advertising agency to spread the word that the organization’s weekly was an ideal venue for advertisers. Touching on subjects as varied as foodways, reading practices, leisure activities, and home decor, Reuveni’s work opens up new scholarly avenues for examining the imbrication of Jews, economics, and buying power – a complicated and often problematic image that has long defined the Jew in Western European culture.

That historical image is also one that Chad Goldberg seeks to reassess in his recent work, Modernity and the Jews in Western Social Thought (University of Chicago Press, 2017). Goldberg examines the “Jews as objects of social thought” in the French, German, and American sociological traditions of the nineteenth and twentieth centuries (p.1). “The Jews became an intermediary,” explains Goldberg, “through whom European and American social thinkers discerned in a roundabout fashion the nature, problems, and trajectory of their own societies” (ibid). Reading sociological texts from thinkers such as Emil Durkheim, Karl Marx, and Robert Park, Goldberg demonstrates how a diverse group of sociologists with varying national, political, and scholarly concerns each looked to the Jew as the interpretive foil for “the new social order emerging around them” (p.14). If Reuveni’s work investigates what everyday Jews consumed, Goldberg’s work reminds us how those same everyday Jews were themselves consumed, imagined, and mobilized across sociological texts from Paris to Berlin to Chicago. The scope of Goldberg’s text further reminds readers of the persistence and multivalence of the figure of the Jew across national borders and academic institutions. Goldberg’s final chapter further extends the reach of his study into the contemporary Europe, America, and the Middle East to examine the link between the Jew and the Jewish State; he argues that the latter continues to serve as an “intermediary for self-reflection in the twenty-first century” (p.15).

Although written from the perspective of different fields – history, in the case of Reuveni, and sociology, in the case of Goldberg – these two works, both on their own and together, offer researchers across disciplines new insights into the construction of Jewish modernity as an idea, as a lived reality, and as an object of scholarly investigation.

Once again, congratulations to Professors Reuveni and Goldberg. 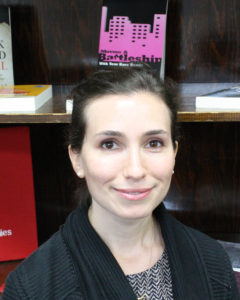 Sunny Yudkoff is an assistant professor at the University of Wisconsin-Madison in the Department of German, Nordic, and Slavic as well as the Center for Jewish Studies. Her first book, Tubercular Capital: Illness and the Conditions of Modern Jewish Writing, is forthcoming from Stanford University Press in fall 2018. Her research interests include Jewish American culture, modern Yiddish and Hebrew literature, and the medical humanities. Beginning in fall 2018, she will be the incoming Interim Associate Director of the George L. Mosse Program in History.