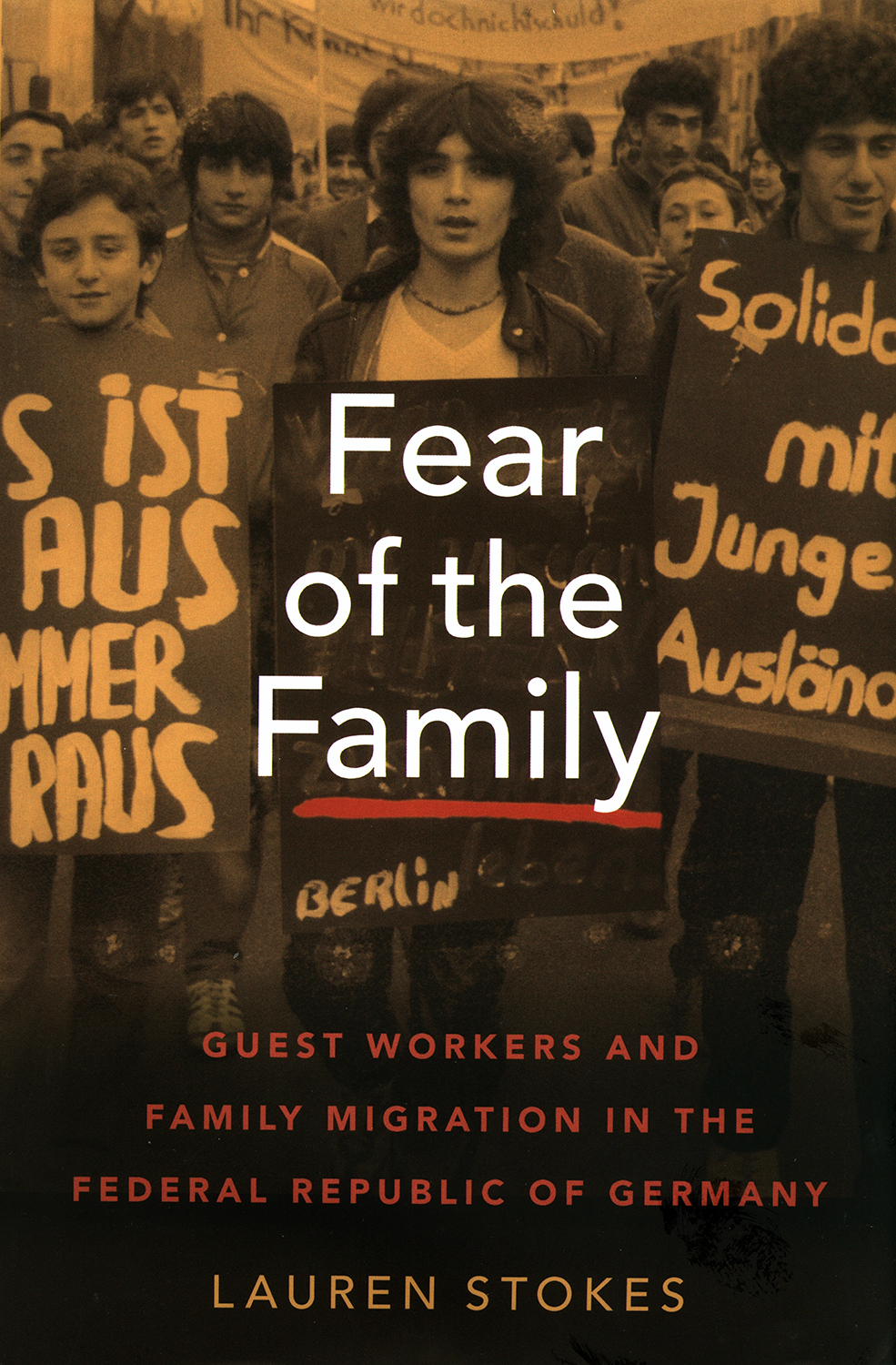 One morning in late August 2022, at about 4:30 A.M., an Uber driver pulled up to the apartment in the Neukölln district of Berlin where I had been staying. I loaded my suitcase in the trunk and the driver, an older man, headed to the glistening new Berlin-Brandenburg Airport. The apartment was just off of Sonnenallee, the boulevard in Neukölln that has often been associated with “Arab clans” and organized crime. The driver wanted to know how I liked the neighborhood and was mildly surprised when I said I liked it. He said there were too many lazy Arabs in the neighborhood, especially the men, and complained that Arab families in Berlin have too many kids, which, according to him, they do so that they can live off of state welfare instead of working. The foreign family, for him, was a threat and an object of suspicion.

In her masterful new book, Fear of the Family: Guest Workers and Family Migration in the Federal Republic of Germany, Lauren Stokes shows that in Germany the foreign family has long aroused fear and suspicion. She states that the book “is about a political culture that turned fear of the family into a basis for making policy. Precisely because it took fears of foreign families seriously, the West German state consistently implemented migration policies that produced fear within the foreign family” (2).

Stokes makes four main arguments. First, the state defined the “family migrant” in a way that furthered its own conception of the “appropriate gendered division of labor,” which was invariably conservative and patriarchal. Second, in debating and developing policies for family migration, Germans racialized foreigners—disparaging, for example, the “oppressive” and “patriarchal” “Turkish family”—without using the discredited term “race.” Third, Germans used memories of the Nazi past as a warning that allowing in too many foreigners could lead to an explosive and potentially violent public backlash that would damage the Federal Republic’s hard-won status as a liberal, western state. Policymakers thus used the memory of the Nazi past to push restrictive migration policies. Finally, the regulation of labor migration, especially the insistence that migrants live in “market-conforming families,” was shaped by and furthered the development of neoliberal governance in West Germany. Migrant families that did not conform to the market lost access to the welfare state and the possibility of attaining German citizenship. Stokes bases her work on an impressive collection of sources, having conducted research in twenty-six German archives, including federal, state, municipal, and civil society archives, and also making use of a wide variety of published sources.

The book has seven body chapters and a conclusion, each of which develops the main arguments detailed above. In the first decade of foreign labor recruitment, the Federal Republic was generally accepting of family migration, as long as it served German interests. The foreign family, depicted as patriarchal and overly emotional, had to be “market-conforming,” that is, its structure and decision-making had to conform to official views of neoliberal economic rationality, including that women should provide unpaid reproductive labor. West German housing policies that sought to avoid “ghettoization” stigmatized foreigners as a racial threat while “adequate housing” policies left some families separated against their will and led others into quasi-legal living conditions, thereby raising the prospect of punishment or deportation. In addition to German fears of “ghettoization,” the 1970s also witnessed the emergence of a “child migration panic” in West Germany. After the child allowance system was reformed in 1974 so that foreign workers would receive smaller child allowances for their children who lived in the country of origin, more foreigners brought their children to Germany. The parents did this for many reasons—not just economic incentives—but they were stigmatized as bad parents and their children as “welfare migrants.”

West German officials gradually came to see all family migration, especially men who arrived as trailing spouses, as illegitimate “economic migration.” As a result, in 1974 all newly arriving family members were barred from the labor market and then, beginning in 1981, forced to wait years and to prove their willingness and ability to work through “integration” measures. These policies pushed many foreigners into illegality and some into criminality. In the 1980s, under Chancellor Helmut Kohl (1930-2017), federal and state governments increasingly presented the restriction of child migration as a means of “protecting” Turkish children from their own parents and their supposedly harmful and oppressive Islamic culture. At the same time, the state severely restricted spousal migration as part of a strategy to roll back the reproduction of foreign families on German soil. Foreign spouses who did come to Germany were barred from the labor market for years and thus became deeply dependent on their partners. If the marriage failed, including in cases where the working spouse was abusive, the partner faced deportation. Exceptions to this rule were often only made for women who played up their vulnerability by emphasizing the supposedly violent, patriarchal, and oppressive nature of Turkish men and Turkish society. Major reforms of the Law on Foreigners in 1990 and citizenship law in 1999 granted migrant children increased rights, including, in the citizenship reform, birthright German citizenship under certain conditions. But even these liberalizing reforms treated foreigners paternalistically and often led young people to have to choose between Germany, their family, and their family’s country of origin. In detailing the substantial restrictions on family reunification that German lawmakers put in place for Syrian refugees after the refugee crisis of 2015-2016, Stokes makes clear that heated debates about family reunification are nowhere near settled.

This book is a major achievement. It is rigorous, well-written, features energetic, almost prosecutorial argumentation, and is teeming with insights not just about the history of migration in the Federal Republic of Germany, but also about the history of the family, race, memory, gender, and, above all, on the often devastating impact of neoliberal policies on the lives of foreign workers and their families.

Stokes makes a number of illuminating comparisons between West Germany and western European states such as France and the United Kingdom. It might have been worthwhile, though, to briefly touch upon family policies for foreigners in East Germany, which were also restrictive, despite a completely different political and economic system. The argument about the uses of memory of the Nazi past to advocate for migration restriction is interesting and convincing but could have been more fully developed. And in the chapter on the reform of the Law on Foreigners and citizenship law, Stokes’ interpretations at times seem more critical than one would expect, given the real benefits that some of these reforms brought, particularly for foreign children. Likewise, in the same chapter Stokes presents the introduction of visa requirements and residence permits for minors in 1997 as a pernicious reform that represented “a watershed in German migration history.” The reform was certainly important, but even according to her own account, Germany was only adopting an international norm, one that by 1988 only three other countries in the world had yet to adopt (205, 207).

These minor issues in no way take away from what this book accomplishes. This short review cannot do justice to the book’s richness. I’d like, though, to at least briefly point to a few more of the study’s highlights. First, the book is full of stories: thick accounts of individuals’ and families’ struggles to navigate German laws and policies that were often meant to exclude them. Second, and along the same lines, Stokes depicts migrants (and German women married to foreign men) as active agents, fighting individually and collectively to claim rights. They were not passive objects of governance. Finally, the anti-foreigner politics of Germany’s conservative parties has received substantial scholarly attention. Stokes is also critical of their policies. But she also shows that the Social Democrats often led the way in crafting restrictive migration policies, a reality that is not always reflected in the literature.

This book deserves a wide readership. It should be a mainstay on graduate readings lists, and its readability and manageable length also make it suitable for the undergraduate classroom. 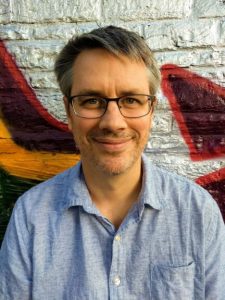 Christopher A. Molnar is associate professor of history at the University of Michigan–Flint and the author of Memory, Politics, and Yugoslav Migrations to Postwar Germany (Indiana University Press, 2019) and editor with Mirna Zakic of German-Balkan: Entangled Histories in the Twentieth Century (University of Pittsburgh Press, 2021). He has published his work in a number of journals, including the Journal of Modern History and Central European History, and is currently writing a book entitled Playing with Fire: Refugees, Race, and Memory after German Reunification.