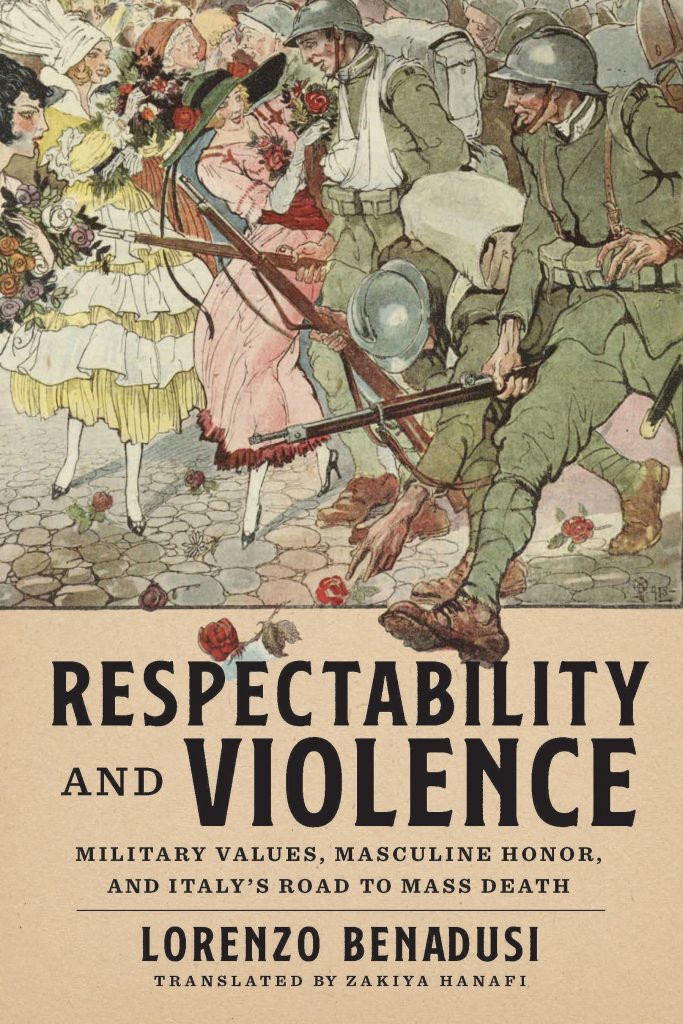 Lorenzo Benadusi is an Associate Professor of History in the Dipartimento di Studi Umanistici at the Università degli Studi Roma Tre. Since publishing his first book, Il nemico dell’uomo nuovo. L’omosessualità nell’esperimento totalitario fascista, in 2005, Benadusi has been among the foremost to pick up and push forward the flags of the history of masculinity, sexuality, and ideology that George L. Mosse was among the first to plant within the history of modern Italy. His efforts along these lines have brought translations, compilations, and original publications in English as well as Italian such as The Enemy of the New Man: Homosexuality in Fascist Italy, Homosexuality in Italian Literature, Society, and Culture, 1789-1919 and, in a manifest homage to the ‘Maestro’ of Madison, George L. Mosse’s Italy: Interpretation, Reception and Intellectual Heritage.[i] With the publication of one of his most recent books, Benadusi has brought his efforts to bear on the history of the military, in general, and of the one “image of man” of “the officer,” in particular, as Respectability and Violence: Military Values, Masculine Honor, and Italy’s Road to Mass Death.[ii]

The “road to mass death” in Respectability and Violence, which was published in Italian as Ufficiale e gentiluomo. Virtù civili e valori militari in Italia, 1896-1918 (“An Officer and a Gentleman: Civil Virtues and Military Values in Italy, 1896-1918,” Feltrinelli 2015) features still more twists, turns, and otherwise treacherous elements than one might surmise from the title or the image on the cover of this altogether striking translation by Zakiya Hanafi and the University of Wisconsin Press. Indeed, through a subtle interpretation of a rich set of sources ranging from the propaganda of the Regio Esercito to the postcards from the officers themselves, the course Benadusi charts in Respectability and Violence is less that of a “road” and more of a tour d’horizon, or a “long arc of the relationship between respectability and violence” as it was “continually redefined through a set of practices, myths, and rhetorical discourse on masculinity and honor” (17) and reified in the figure of the “the officer” between the First Italo-Ethiopian War and the First World War.

In Part One, “The Fatherland in Arms: Army and Nation,” and Part Two,” “The Officers: Reformism and Militarism,” Benadusi starts with a sketch of the fissures between the forces of “militarism” and “anti-militarism” in Italy and the figure through which the Italian Army sought to nationalize as well as neutralize these forces in the wake of the Battle of Adwa of 1896 and the Bava Beccaris Massacre of 1898. Benadusi then follows the Regio Esercito as it struggled to inculcate and, indeed, to incarnate “a combination of traditional military values, such as courage, honor, and sacrifice, and modern civilian ones, such as efficiency and a capacity for rational planning” (69). And he follows this struggle from the recruitment of the officers into the classrooms of the Accademia Reale in Turin, the Scuola Militare in Modena, or the Scuola Militare in Naples down to their refinement in the columns of the Rivista Militare Italiana, Il Pensiero Militare and L’Idea Nazionale. Benadusi thus walks a fine line between the representations, self-representations, reception, and realities of the life of the officer, above all of officers like Luigi Federzoni, Emilio de Bono, and Rodolfo Graziani, all of whom wrote well after the First Italo-Ethiopian War and with more than a little interest in the representation of progress in matters of the military since the First World War and the “Fascist Revolution.” But Benadusi demonstrates a serious intuition for the institutional history of the military as well as his famous skills for the cultural history of modern Italy and does well with such difficult sources, and so he imparts a rich texture to his portrait of “the middle class in uniform” on the eve of the Italo-Turkish War.

In Part Three, “The Libyan War: Conquer and Civilize,” Part Four, “The Great War: A Sense of Duty and Heroism,” and Part Five, “Feelings on the Front: Family Ties and Camaraderie,” Benadusi examines how “the civicism and militarism of the bourgeois in uniform were put to the test” (17) from the bloodied sands of Shar al-Shatt to the battlefields of the Isonzo. It is at and on these points that Benadusi and Respectability and Violence are at their best, as Benadusi traces out the causes, course, and consequences of the “Guerra di Libia” and “La Grande Guerra” to show how, in various contexts, the same combination of “civil virtues and military values” could either moderate or liberate the violence of his subjects. For as Benadusi sees it, in the Italo-Turkish War, “respectability had less of a hold on the military, who were freer to openly express their attraction to combat” (119), but in the First World War, “respectability immediately intervened to moderate excesses and bring the violence back within a chivalric framework” (178). Benadusi thus pulls back the mask of the officer to reveal what he calls, after Kubrick, the “duality” of war (4) as both “a traumatic rupture out of which emerges a new man” and “a confirmation of the ideals and identity of the traditional gentleman in arms” (189), a “duality” which might be found not just in the First World War or the Italo-Turkish War, but the whole of the “Century of Total War.”[iii]

Benadusi draws out this “duality” of man and war in Part Six, “Farewell to Arms: Expectations and Disappointments,” in which he deals with the process of demobilization, the politics of the demobilized, and the other problems of the “dopoguerra” in Italy. If there is a point at which some readers might want more from Respectability and Violence, it is here, for after one of his finest chapters about the polemics around the fate of “the finest” in the First World War and the “Fascist Revolution” and one of the first books about “the officer” in the Regio Esercito, Benadusi leaves the reader somewhat on their own to wonder about the historical significance of this figure who — as the “bourgeois in uniform” — fits the description of not one but two of the prime suspects in the search for the “peculiarities” as well as the “parentheses” in the history of modern Italy.[iv] Of course, if there is one person who could stake out a simpler position here, it is Benadusi, but he resists that temptation and instead reasserts the “heterogeneity,” “diversity” and, again, “duality” of his subjects, in which, after all, lies the power as well as the point of Respectability and Violence.

Some readers might wring their hands, too, about whether Benadusi has let too much of “today’s sensibility” (128) into Respectability and Violence, or whether he might have left out the references to Patton, Coppola, or Kubrick in a book about the Kingdom of Italy. Others might raise concerns about the claims that Benadusi makes about the “military tradition” (5) in Italy. For even before Matteo Salvini, Matteo Renzi, and others from Right to Left had taken their photos with weapons, uniforms and other objects of “militaria” for the Corriere della Sera, General Figliuolo had taken up his position as the Commissiario Straordinario for COVID-19 or Draghi had taken his stand on the Invasion of Ukraine, the presence of the Forze Armate in the Balkans, the Middle East, and, to be sure, in Italy itself, under Operation Safe Streets, had made it clear that Italy was no longer, if it ever was, “in a post-heroic and post-military age” (5). Such concerns, however, would seem misplaced and, indeed, would seem to miss not just the point, but the timeliness as well as the timelessness of this book. For with Respectability and Violence, Benadusi has shown us a fine line within the image, or rather, the “dual” image, of man, and with it the danger that we might flip, trip, or fall back over it into the dark side of that dual image in the present as well as the past.

[i] For Mosse on sexuality in Italy and Europe see, to start, Nationalism and Sexuality: Middle-Class Morality and Sexual Norms in Modern Europe (Madison: University of Wisconsin Press, 2021).
[ii] Mosse, The Image of Man: The Creation of Modern Masculinity (New York: Oxford, 1996).
[iii] The reference is to Raymond Aron, The Century of Total War (Garden City: Doubleday, 1954).
[iv] “Parentheses” is a reference to the work of Benedetto Croce on Italy, and “peculiarities,” to that of David Blackbourn and Geoff Eley on Germany. For a sense of the state of this search in Italy, see Paul Corner, “The Road to Fascism: An Italian Sonderweg?,” Alexander De Grand, “Comment on Corner: Giolitti’s Italy – Sonderweg or Well-Travelled Road?,” and Corner, “Reply to De Grand: But Did Reform Fail?,” all in Contemporary European History 11.2 (273-303). 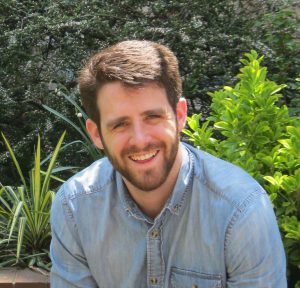 Robert Corban is a Doctoral Candidate in the Department of History at Columbia University and an Étudiant Invité in the Department of History and Civilisation at the European University Institute. He works on the histories of fascism, capitalism, and war in Italy, Southern Europe, and the Mediterranean. His dissertation, Bitter Harvest: Wheat and War in Mussolini’s Mediterranean, 1915-1945, is a history of the wheat trade and the war economy in Italy and the Italian Empire.