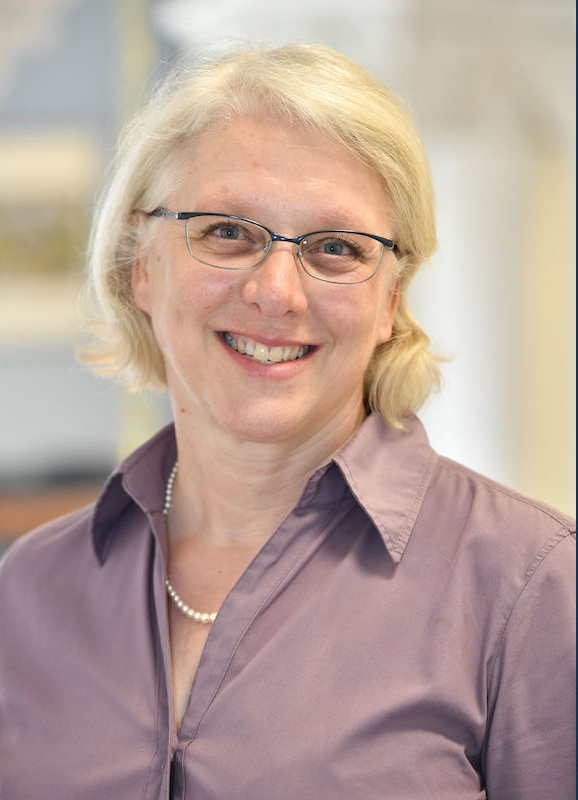 Katherine Aaslestad, Professor of Modern German and European History at West Virginia University, passed away at her home on April 24, 2021, at the age of 59 after a fierce struggle with cancer. Her scholarly work on nineteenth-century Central European history, in particular on the French Revolution and the Napoleonic era, its aftermath and recollections in the German-speaking lands, is widely known and highly respected. The thematic fields of her interest were war and society, urban studies and gender history, as well as the history of the public sphere and the press. Faculty, graduate and undergraduate students at WVU will remember her as a wonderful colleague, a caring mentor, adviser, and teacher devoted to her students. For her partner and her three children, she was a loving spouse and mother. And her community will remember her as an inspiring environmental activist. She was a passionate member of the Sierra Club, and at great personal and financial risk, sued Bayou Bridge Pipeline for illegally trespassing to construct a pipeline across land that was in her family for three generations in the Atchafalaya Basin, Louisiana.

Katherine was born and grew up in Bellefonte, Pennsylvania. Already as a child she began to train in modern dance. She started her undergraduate education at the Mary Washington College (today University of Mary Washington), but interrupted her studies in 1983 to study at the Martha Graham School of Contemporary Dance, New York. There she received a Teaching Certificate in Graham Technique in 1985; in the same year she got her bachelor’s degree from Mary Washington College.

After finishing college, she decided to go to Graduate School to continue the study of history. In an interview for the AHA Member Spotlight in April 2014, she recounted how her interest in history had evolved: “I first developed an interest in history during my childhood from listening to stories from my grandparents. They had fascinating lives and talked in detail about difficulties they experienced during the Depression and war. My paternal grandfather was a Norwegian sea captain and served in the US Merchant Marine during World War II; he had amazing and riveting stories about the war from the high seas. I grew up imagining Hitler directing submarine Wolf Pack attacks on North Atlantic convoys. I also loved looking at maps with my grandfather, as he told me about his travels and voyages to the Soviet Union, China, Japan, and New Zealand. The world and the past seemed so very interesting and that drew me to history, even though majoring in history and going to graduate school were never part of a plan. I ended up following my instincts and passion.”

In 1997 she completed her Ph.D. in history at the University of Illinois Urbana-Champaign after conducting research in Germany, France, and Denmark. Her dissertation Place and Politics: Local Identity, Civic Culture, and German Nationalism in North Germany during the Revolutionary Era (Brill, 2005) explored the political culture of the Hanseatic city of Hamburg and examines the consequences of Napoleonic and international warfare on regional and civic identity in northern Germany.

Since the publication of her dissertation, her research interests expanded. As she herself reported in the AHA Member Spotlight: “I retain interest in the themes that stimulated my research in graduate school like nationalism, regionalism, press, and the public sphere. The more I read and study the late 18th century and 19th century, the more interests I develop. It is a rich era to study, though often overlooked by most modern historians who are drawn to the 20th century.”

The revolutionary and bellicose period at the turn from the eighteenth to the nineteenth century and its aftermath continued to be the main focus of her interest. She co-edited two special journal issues related to its subject: for Central European History together with Karen Hagemann, “Collaboration, Resistance, and Reform: Experiences and Historiographies of the Napoleonic Wars in Central Europe” (December 2006); and for European History Quarterly together with Karen Hagemann and Judith Miller, “Gender, War and the Nation in the Period of the Revolutionary and Napoleonic Wars—European Perspectives” (October 2007). In addition, together with Johan Joor she edited a volume on the effects of the economic warfare during Napoleon’s Continental System, titled Revisiting Napoleon’s Continental System: Local, Regional, and European Experiences (Palgrave Macmillan, 2014). Kathrine also published several book chapters and journal articles on the Revolutionary and Napoleonic era and was a very active board member of the “Consortium on the Revolutionary Era, 1750-1850.”

With her second book project, titled After the Wars: German Central Europe after Napoleonic Conquest, 1815-1840, she wanted to explore the decades after the Napoleonic Era as a “postwar” period. The focus of the project was on the transition from war to peace after 1815 within the rich comparative framework of the German Confederation. On her website she wrote about this project: “Wartime experiences of military occupation, conscription, and mobilization for war against Napoleon generated a complex inheritance for civil-military relations and divided the European public sphere that debated the role of militarization in peacetime society. An intercultural and transnational comparison, this project demonstrates the centrality of warfare for the emergence of modern society, and explores the public’s varied memories and perceptions of the place of soldiering in modern life.” For this intended monograph she received a DAAD Research Grant, a Fulbright Flex Research Grant and a Honorary Fellowship and residency from the Historisches Kolleg in Munich to support the research and a National Endowment for the Humanities Fellowship to complete it, for which she was on fellowship leave in the academic year 2020-21. The excellence of her research was also recognized by the Benedum Distinguished Scholar Award by WVU.

Katherine was not only an excellent and innovative researcher, but also a dedicated history teacher, who cared deeply about her students. In the 2014 AHA Member Spotlight she stated, “I believe history is one of the most important and relevant subjects for college students and enjoy my classes, especially when students realize the past is both amazingly interesting and complex, yet very connected to their own lives.” Her passion for teaching was recognized by outstanding teaching awards from the WVU Foundation, the Eberly College and the Honors College of her university as well as the Caperton Award for Excellence in the Teaching of Writing.

Katherine Aaslestad will be fondly remembered by her family, friends, colleagues and students.

Karen Hagemann teaches as the James G. Kenan Distinguished Professor of History and Adjunct Professor of the Curriculum in Peace, War, and Defense at the University of North Carolina at Chapel Hill. Her fields of research are Modern German, European and Transatlantic history, gender history and the history of military and war. Her most recent publication is The Oxford Handbook of Gender, War, and the Western World since 1600  that she edited together Stefan Dudink, and Sonya O. Rose (Oxford University Press, 2020).