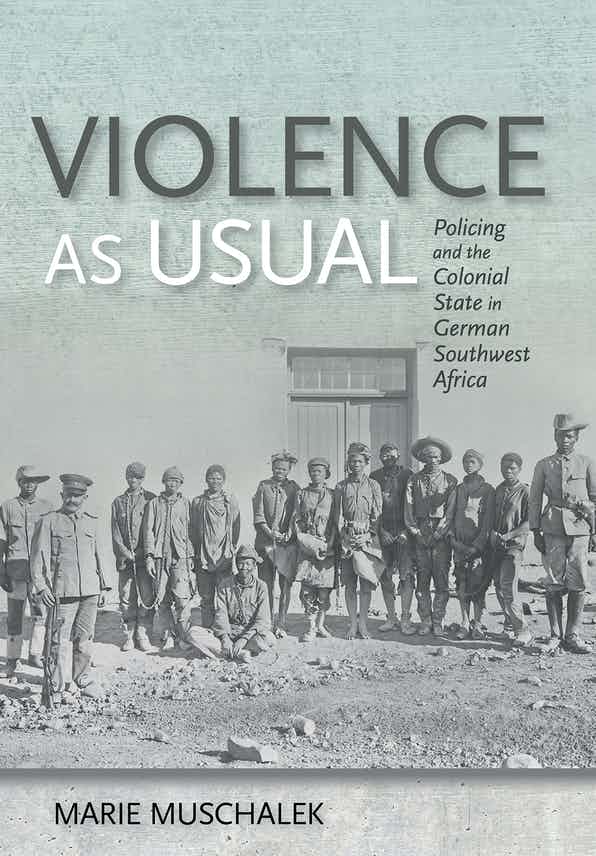 Muschalek argues that the reason previous studies have overlooked the importance of everyday violence is that only incidents in which police used excessive violence was were recorded and archived. She combines sources from national archives in both Germany and Namibia to examine the culture of policing in the colony. These consist of subject and personnel files, including patrol reports, from the German Bundesarchiv, and records from local administrations in the National Archives in Windhoek. Attention to reports from patrols and grievances against the Landespolizei illuminate an economy of violence in German policing.

Violence as Usual relies on a variety of historical methods and the chapters are roughly organized by the method Muschalek deploys. This organizational structure complicates Muschalek’s argument about the role of violence in state formation by obscuring the chronology of the process. It is not clear when the process can be said to have begun or been completed. Did practices of violence change at all over time? How did police adapt their practices to changing local circumstances?

Though the book’s organization at times obscures historical change, it does allow Muschalek to demonstrate her facility with different methodologies. The first chapter utilizes an organizational approach similar to Michael Wildt’s in Generation des Unbedingten [An Uncompromising Generation: The Nazi Leadership of the Reich Security Main Office (Madison: University of Wisconsin Press, 2010)] as Muschalek analyzes the personnel files of the police force’s members to show that both German and African members were figures whose social standing had been eroded by recent changes, industrialization and colonialism, respectively. They formed a shared culture of honor, using their profession to attain respectable status as heads of their households. Chapter Two examines the ways in which bureaucratic practices figured into the process of formulating policemen’s new identities. As was the case with Auftragstaktik in the German army, the colonial state gave the Landespolizei wide berth to do as it wished in terms of its day-to-day work and procedures. Muschalek argues that the Landespolizei used bureaucratic processes to make their violence fit neatly into narratives of their work, turning that violence into a quotidian element of police work.

Muschalek’s emphasis on the bureaucracy of policing brings the book into conversation with historians who have looked at the relationship between violence and order in colonialism. Most notably with Jacob Zollmann, whose Koloniale Herrschaft und ihre Grenzen took the same police forces as its focus. In contrast to Zollmann, Muschalek argues that the violence of the Landespolizei was not a sign of the state’s weakness, but rather an important element in the establishment of state power. Yet Muschalek’s broader argument about policing puts the work in conversation with a historiography on colonial policing that has primarily focused on British colonies, stating that a German case broadens our understanding of the role of policing in settler colonialism.

Chapter Three turns to the material culture of policing as Muschalek discusses guns, whips, and shackles as the “technologies of violence” central to colonialism. These technologies, in her argument, allowed policemen to mark hierarchy and social distinction among the colonized population and to ensure social distance between themselves and the victims of their violence. In Chapter Four, she uses Michel de Certeau’s concept of “tactics” and Alf Lüdtke’s Eigensinn to theorize the ways in which police turned their work into a profession and built their identities around being members of the Landespolizei organization.  Professionalization was important to the establishment of distinctions between policemen and other groups in the colony, the military, settlers, and colonized African populations. This professionalization allowed police to establish a role as regulators of nearly every aspect of colonial society.

Chapter Five is where Muschalek’s argument comes out most clearly as she explores the role of the Landespolizei in regulating labor in Southwest Africa. She describes a police system of “educative violence” that “assured that workers did not die, but instead kept on working” (132). The Landespolizei was responsible for regulating the movement of labor within the colony and the kinds of violence and discipline that employers could use with their employees. Through their bureaucratic practices, police were able to define the social standing of employers and the boundaries of what physical force employers could use to coerce workers. Police thus took on the essential role of controlling the labor at the heart of the colonial economy, perhaps the most important role in the functioning of the colonial state.

The book’s arguments would benefit from greater attention to racial thinking among the police. Just before the events Muschalek describes, Germans had perpetrated genocide against specific groups of people in Southwest Africa. But in Violence as Usual, the Landespolizei seems to view the entire African population as an undifferentiated mass. If they policed some populations differently, that merits discussion. If they did not, this would support Muschalek’s argument about the role of violence more generally, that the police settled into a system of day-to-day physical coercion that was clearly differentiated from the genocidal violence that came before.

Like Trutz von Trotha in Koloniale Herrschaft, Muschalek selects one German colony to serve as proof of a concept of colonial state formation that treats German colonialism as indicative of wider trends rather than as an exceptional case. As was the case with Trotha, Muschalek does not clearly explain why Southwest Africa should serve as the best example of the processes she describes. German Southwest Africa after 1905 was significantly different from most other colonial contexts.

The effects of genocide on both the African and German populations to the formation of police practices are not clear. An understanding of them would help clarify how much of what Muschalek describes can be said to be typical of the colonial state and police violence’s role within it. Police in general appear largely detached from the larger political and social context, whether in Southwest Africa or in Central Europe. They appear omnipotent, but there were surely cases where their power met its limits, whether this was in disputes with governors or with powerful individuals in the colony. Also, how did police negotiate with African communities? Where exactly were the lines of violence drawn and how did other forms of state power exist alongside them?

I do wish that Muschalek would further theorize her provocative argument about the role of violence in state formation. In particular, a comparison of this process beyond settler colonialism would be helpful. Although Southwest Africa may not have been typical of colonialism, there are interesting points here about the role of violence in state formation more generally. As the discussions of police violence in the United States over the last few years have reinforced, the role of the police in establishing racial order was not limited to colonial contexts. Theorizing the how police built state power through “quotidian, ‘messy’ violence on the ground rather than as a top-down, planned project” (10) as a more general process beyond the specific context of German Southwest Africa in the wake of genocide would add a useful perspective to today’s conversations around police violence.

Violence as Usual makes an important contribution to discussions about the social structure of German colonialism. Muschalek’s provocative argument about state formation more generally remains undertheorized but does open a new avenue for thinking about German colonial violence beyond the Herero-Nama genocide. The book will become required reading for anyone working on German colonialism and promises to inspire ongoing conversations about the role of European police forces in colonial contexts. 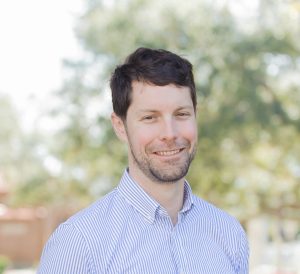 Matthew Unangst is an Assistant Professor of History at Jacksonville University. His current book project, Colonial Geography: German Colonialism, Race, and Space in East Africa, 1884-1907, explores the development of a German colonial ideology of Kultur in the encounter of German, African, and Indian Ocean geographies in East Africa. Articles from the project have appeared in Central European History and the Journal of Imperial and Commonwealth History. His next project analyzes the ways that Tanzania, West Germany, and East Germany turned the historiography of German East Africa into a site of geopolitical struggle from the 1960s through the 1980s.