I hope that in future posts I will be able to document many of my wonderful experiences in Jerusalem and at the Hebrew University this academic year. This first post, however, will focus on less pleasant matters. As at UW, the Hebrew University has moved classes online. The start of the second semester was delayed by one week and classes will therefore begin on March 22. My own seminar, “Biographies of Evil: The Rise and Fall of Adolf Hitler,” will meet via Zoom. All this, I must confess, seems far away at the moment, as we are at home with three young kids while the country moves closer to a full lockdown. Schools have been closed since Friday, March 13 and preschools since Sunday, March 15. As of today, Israel (population 8.7 million) has 427 confirmed infected cases, with 5 in serious condition but no deceased so far. COVID-19 hit Israel in earnest after the third elections to be held over the past year, that like the two previous elections resulted in a near-deadlock. At the moment, Benny Gantz’s Blue and White Party has been tasked with assembling a coalition to form a government. Despite the political uncertainty, Israel’s government and institutions have functioned decisively and relatively well in confronting the health crisis. The things that have worked well – as well as the failures – reflect the strengths and weaknesses of Israeli society.

Israel was relatively early in mandating quarantine for returning travelers and banning arrivals from certain countries as well as in issuing advisories against all foreign travel in late February. Since then, containment measures have been stepped up continuously with the aim of averting a health system overload. As it is, the Israeli healthcare system is already straining from years of underinvestment. While the country is home to major biotechnological innovation and has produced many excellent physicians, hospitals suffer from overcrowding (when compared to other OECD countries) and score particularly low on measures such as infections contracted by patients.[1] The Director General of Israel’s Health Ministry, a 43-year-old economist and long-time bureaucrat by the name Moshe Bar Siman-Tov, has waged an aggressive battle to flatten the curve of infection since February, with the full backing of Prime Minister Benjamin Netanyahu and the Minister of Health Yaakov Litzman. Many of his measures have been painful and seemingly drastic; Treasury officials, business groups, and medical professionals have tried to fight him. But until now he has enjoyed the confidence of the public at large and of the government. He has been credited with putting Israel ahead of the ball, especially as Israelis look at the disastrous course of events in Italy and the mounting infection statistics elsewhere in Europe as well as in the United States and Canada.

The Israeli strategy has moved from limiting travel to gradually increasing restrictions aimed at strengthening social distancing and quarantining (self-isolation) of infected as well as potentially exposed individuals. When initial exhortations to limit contact were not heeded sufficiently, stronger advisories were issued toward a near shutdown and shows of police enforcement. Restaurants and other businesses are largely following the directives. The cabinet also passed a controversial order allowing the use of digital surveillance technology (ordinarily used by the security services) to track infected and quarantined individuals as well as to aid in contact tracing. Although the measure was criticized by the opposition and in the media, it seems to have the support of the majority. Some government ministers have spoken openly of the need to flout ordinary procedures so as to be able to act decisively and without delay given the extraordinary circumstances. For better or worse, that is a very Israeli approach. In general, one can say that Israel has done well on the tactical level. As of March 17, health authorities have been able to determine the source of infection for each of the confirmed cases through contact tracing.

The main shortcomings have been in testing and in the hospitals. So far, according to media, approximately 7000 individuals have been tested. Testing has been conducted at hospitals and by paramedics who come to people’s homes and residences in response to phone calls. However, in one case, physicians ignored the pleas of an airport worker in his 60s to be tested and discharged him; he is now in critical condition and COVID19 confirmed. In many other cases, physicians, nurses, and other staff were exposed due to inadequate triaging procedures, protective equipment, and infrastructure at the hospital. This has resulted in nearly 1,000 health care workers being in quarantine when they are most needed. The government has sought to remedy these shortcomings with the quick construction of drive-through testing facilities (following the Korean model) and setting up so-called fever hotels (in actual hotels). The government claims that the new facilities will be able to test 6,000 individuals per day. However, current reports indicate that supplies (swabs, etc.) exist only for one day of testing.

There have been reports of panic buying. My sister in Tel Aviv reported being unable to find toilet paper. In Jerusalem, the small corner stores in our neighborhood are well-stocked with groceries and even hand sanitizer for now. Online orders for supermarkets, however, now are able to be scheduled only seven days in advance (next-day delivery is the norm in regular conditions). Overall, morale is quite high and WhatsApp groups for neighborhood associations and school classes (with frequent video messages from teachers) are reducing social isolation. The majority of the public seems to be on board with government directives. Ordinary Israelis early on accepted the seriousness of the threat and politicians and bureaucrats have reinforced messaging (no handshakes, how to sneeze properly) in public appearances. The 23rd Knesset was sworn in three members at a time. Although many members of the public continued to go to beaches, playgrounds, and hikes immediately following the school closings, the announcement of new, more expansive restrictions seems to be having an effect. The government has further signaled that a total lockdown is still on the table and that coming days are critical. A forecast of cooler temperatures and rain for much of Israel for the next four days might lead to more compliance. 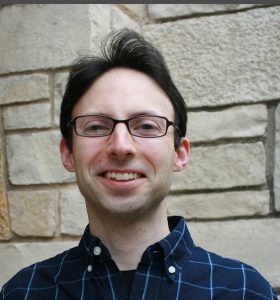 Amos Bitzan is an assistant professor in the Department of History and Center for Jewish Studies at UW-Madison. He teaches courses in modern Jewish history, the history of antisemitism and anti-Judaism, and the history of the Holocaust. His first book project is entitled Discipline in the Age of Pleasure: The Origins of Jewish Studies in Nineteenth-Century Germany. It points to the rise of new reading practices among Jewish men and women in the late 1700s and early 1800s as an origin point for the academic field of Wissenschaft des Judentums, arguing that the field’s founders envisioned it as a solution to the problems they saw in both the state of rabbinic study and in the novel reading modes linked to the growth of Yiddish and German imaginative literature and pleasure reading in Ashkenaz.