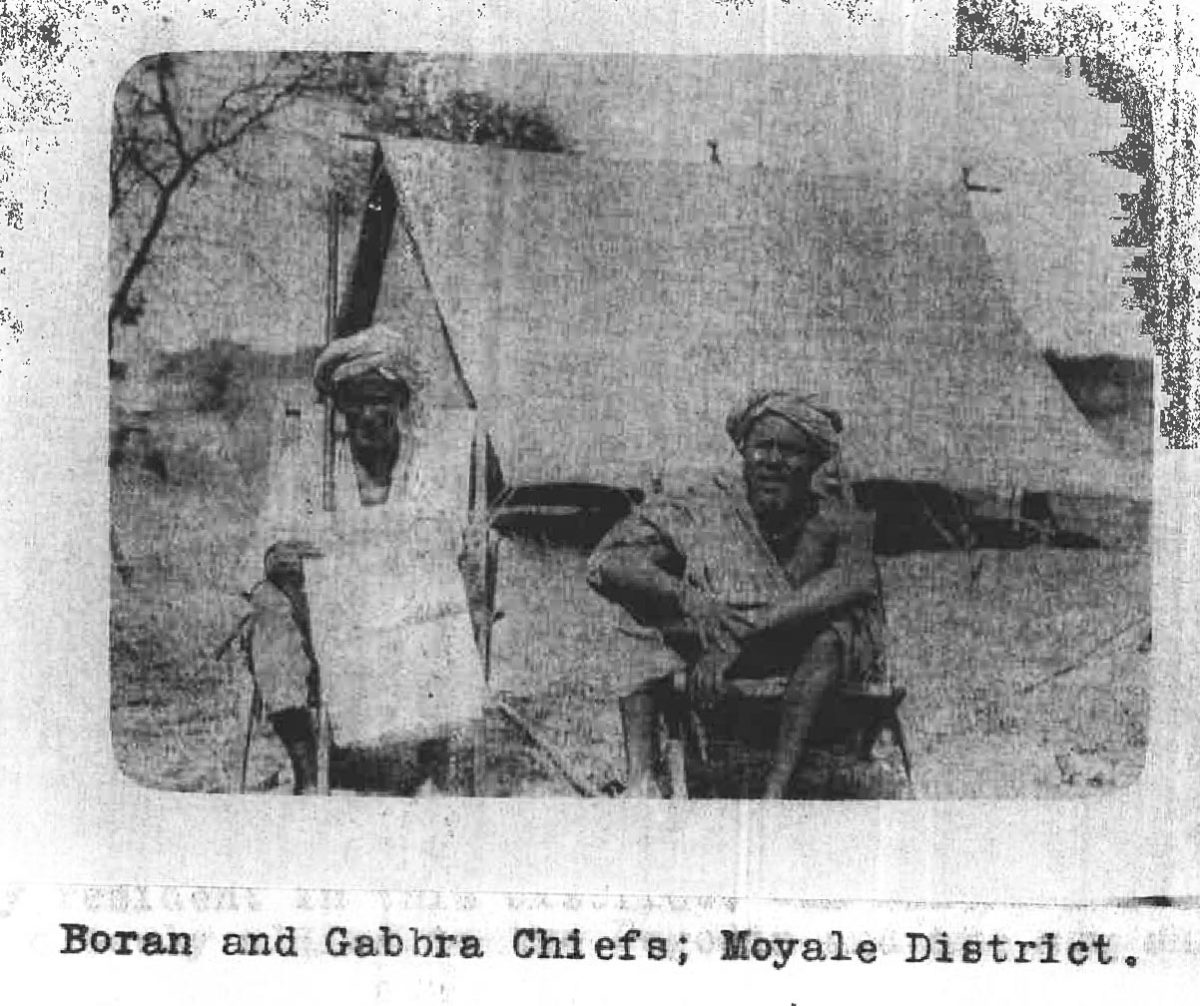 Africa is a space for imagining. From a land of slaves with different attributes to Joseph Conrad’s Heart of Darkness to a “country” beset by maladies, the African continent has been and remains a repository for inflated stereotypes. Judaism has also served as a template for all manner of fantasies, also weighted towards the negative. In the 1920s, a colonial fantasy linking Jews and Africa was the basis for the desecration of graves in British East Africa.

George Mosse famously explored the connections between perception and reality as they shape history. In the introduction to Masses and Man he states that mythology, symbols, and stereotypes “are the filters through which reality is perceived.” Mosse’s concern was with the rise of nationalism in Europe but his formula linking symbol and stereotype to perceptions of reality can be more broadly applied to the study of history. Dr. Leslie James, of the University of Birmingham, has recently blogged about the direct connections between European fascism and twentieth-century colonialism in Africa. But Mosse’s insight here is broad enough that a direct, chronological link between Europe and Africa is not required, even as colonialism provides that link.

The madness of early colonial Africa was, in a precocious sense, a laboratory for testing the myths and stereotypes that would later feed the brutality of European fascism.  Making sense of these cognatic imaginaries is an insanity of its own as Johannes Fabian has illustrated in his Out of Our Minds. As Mosse puts it, “the chief problem facing any historian is to capture the irrational by an exercise of the rational mind.” Colonialism, like the European fascism under Mosse’s lens, is a phenomenon within which historians seek out logic in paralogism rationalized through mythology. However, Mosse cautions against attempting to rearrange this mental puzzle in an instrumental manner. He explains that “the dialectical relationship between historical reality and human perception allows no crude determinism.” How myth, symbol, and stereotype played out in individual acts varied widely.

Within the context of early British East Africa, a hierarchy with roots reaching back to the “great chain of being” was maintained through a careful taxonomy at odds with the reality on the ground. Through the prototypes of ethno-linguistic categories, the British imagined, despite the interventions of the Renaissance and the Reformation in reformulating the “great chain,” a human hierarchy with them at the top. In this postulation “Bantu” Africans were ascribed the lowest status and crudely equated with simians. “Hamitic,” or “Cushitic,” races were considered a small step up in the racial hierarchy. These “Hamites” were viewed as having interacted with yet slightly more advanced “Semitic” races, who themselves had learned from “Caucasians,” in the distant past. Colonials then claimed this intermingling explained prior civilization on the African continent. Within this formulation they imagined a “Hamite-Semite” people, 10 feet tall, who had dug wells and built stone structures, a mark of civilization, which could not otherwise be explained within the contours of their racial hierarchy. They called these “Hamite-Semites” the “ben Izraeli”.

The term “Hamitic” clearly references the Abrahamic tradition undergirding this mythology. The formulation of giant “ben Izraeli” is a testament to British imagination informed by stories of the “lost tribes of Israel” and local folktales about giant ancestors. While there are long standing African-Jewish communities, such as the Beta Israel of Ethiopia and the Lemba, the equation of practices such as circumcision and dietary restrictions with Judaism has largely been proven erroneous. This is because such practices predate the religion. However, in the 1920s, these superficial similarities were treated as historical facts. So, when they were confronted with monumental gravesites in what is now Northeastern Kenya, British antiquarians went about trying to fit the evidence to the Hamite-Semite hypothesis.

In 1927, Captain A.T. Curle and District commissioner J.W.K. Pease headed south of Mandera, in what is now Kenya, to excavate a gravesite at a large cairn. Graves in the Northern Frontier District (NFD) of British East Africa were sometimes as big as 18 feet high and 60 feet in diameter. This particular gravesite was 6 feet high and 36 feet in circumference. The colonial explorers exhumed the grave eager to find out if they could confirm the existence of ancient giants. Locals claimed these giants had dug wells and then mysteriously disappeared, leaving their footprints embedded in stone outcroppings. After numerous excavations the amateur archaeologists determined that there were “at least three distinct types of graves in this area, constructed by different peoples.” The third type of grave was “more advanced and suggest[ed] a higher stage of civilization and culture.” They attributed these “civilized” graves to the “ben Izraeli.”

Curle and Pease credited what were actually Somali graves to the mythical “ben Izraeli” in order to supplement the prevailing narrative of a civilizational hierarchy. Despite their preliminary excitement based on these racialized fantasies, the grave raiders could find no definite “ben Izraeli” remains. What the duo unearthed, instead of giants, were average sized skeletons, vegetable matter, and grave goods including some rings and an earthenware bowl. Still searching for giants, they exhumed a larger gravesite near Wajir and even dug up a grave in a Muslim cemetery. The larger graves were older and the smaller graves more recent. Curle published the results of destroying these gravesites in the journal Man. While he was unable to establish proof of the “ben Izraeli” he did make a spurious link, based on gravesite similarity, between them and an Indian-Jewish community called the “Beni Israel” who he said, “did not indulge in trade or commerce to the same extent as their fellow Jews.” The stereotypical connection between Jews and money was clearly operative even in British colonial outposts.

This short foray into grave desecration illustrates how perception shapes and is shaped by mythology. The United Kingdom of the 1920s and 30s did not go the route of Germany even as it embraced similar stereotypes of Jews. Different contexts shaped these similar stereotypes and mythologies in very different ways. Where Curle had considered Jews synonymous with trade and commerce, marveling at their relative levels of market involvement, German fascists were able to conjure an oppressive miser holding back the Volk. Where British colonials dug up graves to test hypotheses grounded in myth, fascists in central Europe created mass graves to accelerate the realization of a racist utopia.

Mosse, in confronting the basic humanity of our most disgusting fantasies, remains a necessary thinker for understanding our worst propensities and the different possibilities leading away from them. If Britain was a bulwark against fascism in World War II, it was not immune in its colonial past to the same flights of fancy that supported the rise of fascism in Germany. Exploring the overlap and divergence of such narratives, originating in Europe but shaped throughout the world, remains essential for understanding the past and the present. In Mosse’s words, “it is the task of the historian to destroy old myths in order to encourage new confrontations with reality.”

Sean Bloch is a lecturer in African and African American Studies at Dartmouth College. He was born and raised in Las Cruces, NM where he attended New Mexico State University and studied history and anthropology. He holds a Master’s in history from Florida International University and served in the United States Peace Corps in Tanzania. He completed his PhD dissertation “The gaf Daba: Time, Violence, and Development in Mid-Twentieth Century Northeastern Kenya” at the University of Wisconsin-Madison in 2015. His publications range across Twentieth-Century Haitian and East African history and his primary research interests are in East Africa, the Horn, and the African Diaspora. Bloch is a fluent Swahili speaker and has worked with refugee families in Denver, CO and consulted for the US Department of Agriculture.