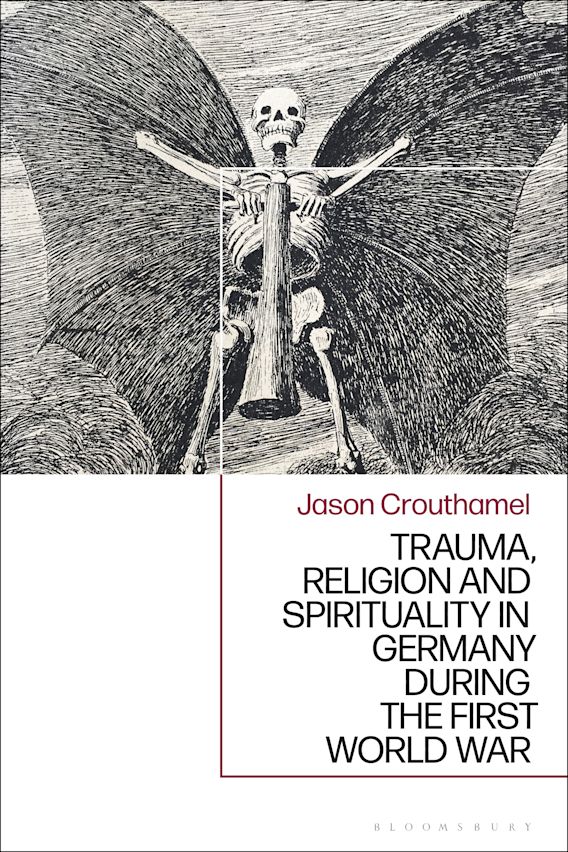 “There are no atheists in foxholes,” so they say. The aphorism states with certainty that a soldier crouching in a trench and under artillery bombardment will turn, naturally, to a higher power. The risk of death reinforces or engenders religious faith or conversion. Historians of the First World War, on the other hand, routinely teach that the war experience of mechanized destruction and incompetent authorities who alienated men and women from society’s institutions. They emphasize how the war generation grew disillusioned with traditional liberal and conservative politics, with social mores and taboos, and with Christian faith and ethics. These “truths” about war and faith make for a tangled knot of historical interpretation, with both offering easy certainty to their respective advocates. Trauma, Religion and Spirituality in Germany during the First World War (2021) by Jason Crouthamel slices through that knot and provides a deeply humanistic explanation of the effects of wartime trauma on the religious and spiritual lives of German soldiers.

Crouthamel’s work does what its author sets out to do. Even more so, it offers tantalizing insights beyond its defined arguments. Most importantly, Crouthamel’s book addresses an absence among histories of the First World War. It joins recent books by Owen Davies (A Supernatural War, 2018) and Patrick J. Houlihan (Catholicism and the Great War, 2015) and brings religious history into the study of the war. Furthermore, Trauma, Religion and Spirituality in Germany during the First World War joins the ongoing renaissance of religious history in German Studies, a collective act that reminds those interested in the past not to dismiss the religious from our frame of understanding. It is true that even before 1914, Germans had increasingly found other things to do on Sundays than attend church. Nevertheless, many men and women still organized their lives around the rituals of Christianity and, even among those whose faith had stagnated, Christian explanations for the ineffable and irrational remained compelling.

Over the course of his seven chapters with an introduction, epilogue, and conclusion, Crouthamel makes the strong case that religion was the primary tool German soldiers used in the First World War to make sense of the trauma they endured. As he shows, faith provided soldiers with a coping mechanism, but also a language for processing the indescribable reality of mechanized, industrialized warfare. Crouthamel argues that the war was a “laboratory for religion” (3). He shows that the soldiers’ belief systems shifted and reformed to cope with new experiences and devastating losses. In his project to articulate the wartime religious experience of German soldiers, Crouthamel brings the reader into the emotional lives of the combatants. Drawing on wartime correspondence, diaries, and trench newspapers, Crouthamel’s work provides an insight into the soldiers’ minds that historians of the everyday and emotions should envy. In multiple places, Crouthamel leads the reader through a soldier’s spiritual biography during the war, highlighting examples of soldiers whose faith is steady, fading, reborn, or lost. What results is a book with a deep humanity and a clear corroboration of Crouthamel’s point that a religious lens can bring new focus on core historical questions.

The book ranges over many aspects of religious life in the trenches to achieve its aims and guides its readers to important insights regarding the mentality of soldiers experiencing wartime trauma. It begins by discussing how military and religious authorities sought to weaponize religion to maintain the morale and capacity of Germany’s fighting forces. These authorities argued that the war followed a divine purpose, and that God was on the Germans’ side. What quickly becomes clear in the succeeding chapters is how much of religious life was beyond the control of such religious and military authorities. Crouthamel demonstrates through analysis of letters and diaries that for ordinary men and women, the religious interpretations being promoted did not prove sufficient, though Christian theology, imagery, language, and practice did provide vocabulary and behaviors for communicating and developing individual understandings about the trauma of the war. Christian norms provided the baseline around which Germans could make their own, often novel, religious meanings.

In the third and fourth chapters, Crouthamel investigates the interaction of trauma and religious faith directly. Religious language became integrated with Germans’ vocabulary regarding their own mental condition — the resilience, failure, or in-between state of their “nerves.” Many soldiers who remained connected with Christian faith relied on the lessons they had been taught about pain and suffering to process and manage their front experiences. On the other hand, the prolonged and steady exposure to trauma could lead to religious anxiety. And in the fourth chapter, Crouthamel takes that anxiety — an anxiety regarding the presence or reality of God — as the central point of inquiry. He shows that those who “lost” their faith did so gradually, even reluctantly, often silently settling into acceptance. Those who “found” God did so in unique ways, ways that often integrated heterogeneous ideas. Crouthamel’s treatment of this question is especially sensitive, and he introduces a discussion of the concept of “moral injury.” For many soldiers in Germany, the trauma of the trenches suggested that their government had placed them in a context that forced them to violate moral norms, an act for which the government and society bore serious culpability.

For the final three chapters of Trauma, Religion and Spirituality in Germany during the First World War, Crouthamel details the new religious identities and conceptions that formed among soldiers as “mainstream” Christian ideas proved less fulfilling. Chapter Five is an intellectual history of contemporary social scientists’ developing understanding of the religious impact of the war. What may be surprising for some readers is the sophisticated analysis produced at the time, no less nuanced than we would expect of twenty-first-century interpretations. The next chapter discusses what might be called heteropraxis: superstitions, alternative mythologies, and often impenetrable religious humor from the trenches. Crouthamel explains that these represented experiments with religious ideas, experiments that could prove more effective for soldiers than more orthodox faith practices. The seventh chapter chronicles what were, to Crouthamel, the novel spiritual ideas that arose from the war: personal spiritual rebirth, sacralization of comradeship, and a deification of technology. In this chapter, the book takes some time to engage with the oft-cited experiences of Ernst Jünger. Crouthamel suggestively illustrates that many historians of the First World War have over-represented Jünger’s glorification of and supposed transformation through industrialized violence. Instructors and others often treat Jünger’s experience and representations as “typical,” but Crouthamel’s entire book reveals a flaw in centering Storm of Steel.

The book ends with an Epilogue and Conclusion, the Epilogue offering some thoughts on the religious meaning made of the First World War after the war. And this Epilogue does good work showing the importance of Crouthamel’s findings. Even without the Epilogue, however, Trauma, Religion and Spirituality in Germany during the First World War makes for an intensely valuable work of scholarship. It illuminates the front soldier’s mentality in a way that few works have, not just from a religious but from a universal, humanistic perspective. Through intimate portrayals of soldiers’ minds and souls, Crouthamel invites readers to join in a core practice of historical study, empathy. In the end, it is little matter whether or not there were atheists in the foxholes; Crouthamel demonstrates with skill the profound and everlasting resilience of humanity in the face of trauma and the consequential historical impact of moral injuries inflicted by war. 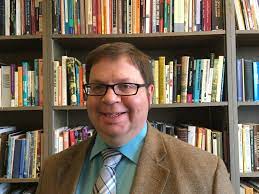 Jeremy Best is an associate professor of modern Europe at Iowa State University with a specific interest in the cultural history of Germany during the nineteenth and twentieth centuries. His book, Heavenly Fatherland: German Missionary Culture in the Age of Empire, was published by the University of Toronto Press in 2021. Heavenly Fatherland won the Phi Alpha Theta Best First Book Prize and was named one of “Ten Outstanding Books in Mission Studies, Intercultural Theology, and World Christianity for 2021” by the International Bulletin of Mission Research. His work has also appeared in Central European History and edited collections on the history of missionaries. His research has received support from the German-American Fulbright Commission, the German Historical Institute, and the Center for Excellence in the Arts and Humanities at Iowa State University. His newest work is a manuscript in development on the history of tabletop wargaming and Holocaust memory.