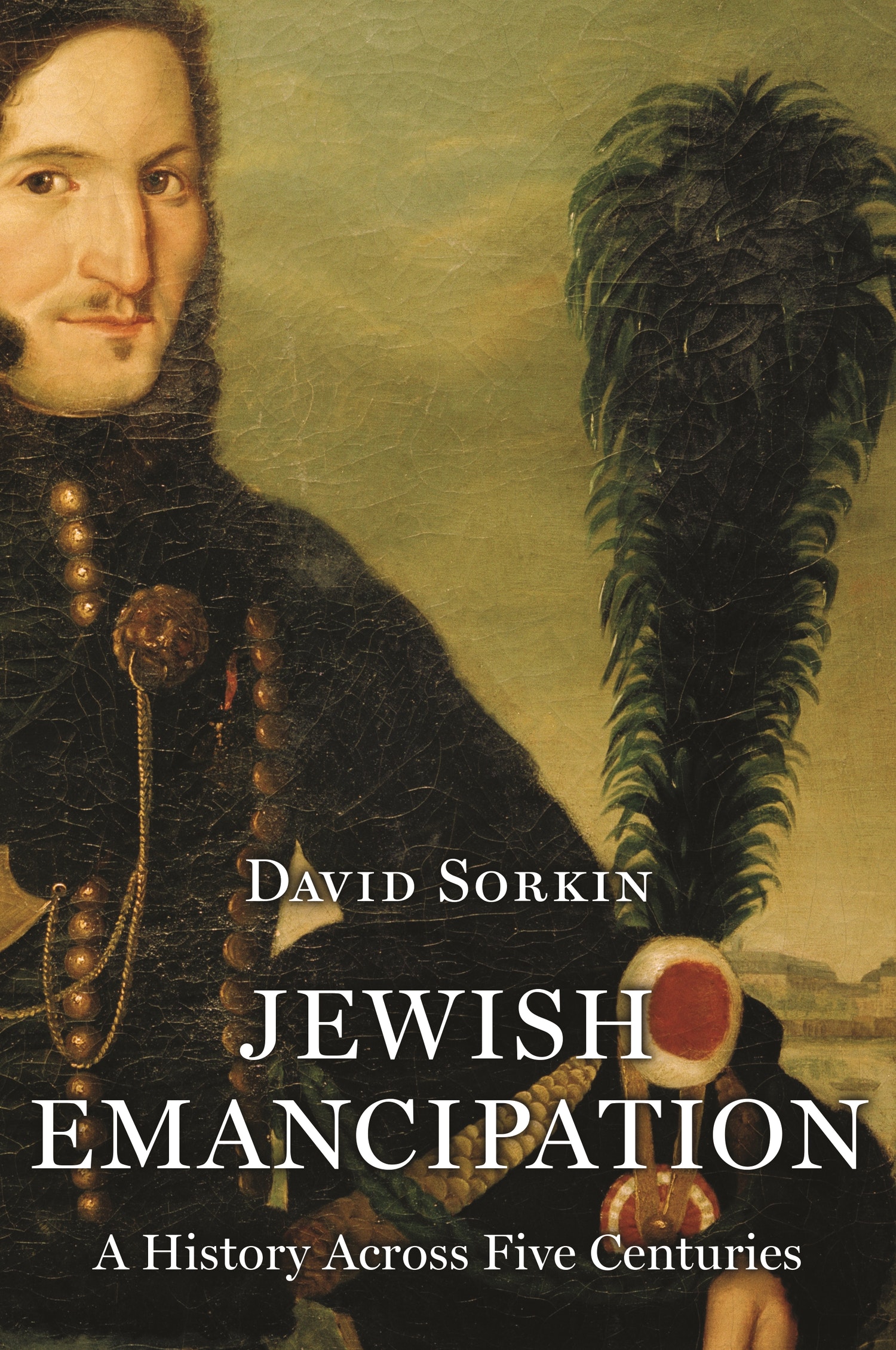 We often think of Jewish emancipation as a linear, one-way process by which Jews across Europe reached political and civil parity with their Christian neighbors. It began with the Enlightenment and the French Revolution in the mid- and late eighteenth century and expanded to England (1858), Austria-Hungary (1867), Italy (1870), Germany (1870), Russia (1917), and other European countries during the nineteenth and twentieth centuries (5). This view, however, is being challenged now by leading historian David Sorkin (Lucy G. Moses Professor of Jewish History at Yale University), who, by offering a global history of Jewish emancipation, argues that this phenomenon not only began long before Jews gained full equality with Christians—and Muslims, in the Ottoman case—but also continued after they attained these rights.

Jewish Emancipation: A History Across Five Centuries is a masterfully-written, wide-ranging study in which Sorkin examines the convoluted and multidirectional process whereby Jews attained—as well as lost—civil and political rights over the course of half a millennium. This process was characterized by achievements as well as impediments, by the granting of privileges and the promulgation of discriminatory measures, and by the revocation of rights and their subsequent restoration. By focusing primarily on Europe, but also looking toward North Africa, the Middle East, the United States, and Israel, Sorkin argues that Jewish emancipation had been not only an integral part of the Jewish experience since the sixteenth century, but also an ambiguous and interminable process, characterized by both recurrences as well as discrepancies (4).

Sorkin is able to gain this new perspective by deconstructing the “east-west” binary, which he maintains has been erroneously viewed as an ideological—rather than analytical—construct. Thus, instead of contrasting the unemancipated Jews in Eastern Europe with their emancipated co-religionists in the West, he focuses on three regions—Western, Central, and Eastern Europe—adding a fourth region of emancipation—the Ottoman Empire—halfway throughout his book (9-11). By doing this, Sorkin is able to distinguish among the regions’ different political and legislative practices and policies vis-à-vis the Jews, examine the political interactions and dynamics between these regions, and, perhaps most importantly, show how emancipation was not solely a European phenomenon but part of the Jewish experience on a global scale.

Consequently, Sorkin traces the political and legal developments through different models of Jewish emancipation—not just that of the French Revolution—and maintains that the process of gaining equality cannot be studied in isolation but must be understood in the wider context of citizenship and nation-state building. In other words, the Jewish emancipation process was influenced and determined not only by seismic events such as revolution, wars, and breakdowns of political entities but also by long-term political and social developments. This approach allows Sorkin to view the longue durée of Jewish history and observe the changes in the corporate structures of the Jewish communities across national contexts.

The book makes two important interventions in modern Jewish historiography. First, most earlier studies about Jewish emancipation focused on individual cities, regions, and countries, which created an ideological divide that gave the impression that this process was not only detrimental to the political and religious autonomy of the Jewish community but also accelerated the assimilation of Jews into European society, awakening Christian animus that eventually culminated in the Holocaust and led to the foundation of the State of Israel (4). Sorkin clarifies, however, that this teleological view has not only prevented scholars from pursuing rigorous scholarship and from viewing the longue durée of modern Jewish history but also that emancipation did not necessarily mean the dissolution of the communal autonomy of Jewish self-government across Europe. Thus, by synthesizing and analyzing multiple countries, regions, and cities, Sorkin is able to demonstrate that the granting and abrogation of rights was temporally inconsistent and geographically uneven—there did not exist a single legal status that represented all Jews (6).

The second intervention Sorkin makes is broadening the definition—and our understanding—of the term “emancipation.” In this regard, emancipation was not only the acquisition of civil and political rights—namely, freedoms of residence and occupation, freedom of worship, having juridical standing, holding elected office, and enfranchisement—but it also entailed the restitution of property as well as reparations for settlements, rehabilitation, forced labor, and “heirless” property. This reconceptualization is particularly evident in the chapters about postwar Europe where the restoration of Jewish civil and political rights and the reclaiming of citizenship stretched across the entire European continent. While Jews managed to reclaim their citizenship in the Netherlands, France, and Italy, they struggled to do the same in Eastern Europe and the Soviet Union (318-319). Jewish emancipation was, then, a multifaceted process whereby Jews succeeded as well as struggled to have their rights reinstated.

This reconceptualization is inextricably linked to Sorkin’s claim about the recurrence and interminability of emancipation—a phenomenon that did not crystallize with the French Revolution, the Risorgimento of Italy, the unification of Germany, or the Bolshevik Revolution. Whereas Jews in Italy gained emancipation five times and lost it four times throughout the eighteenth, nineteenth, and twentieth centuries, in France, Jews achieved equality six times and lost it twice throughout that same period. Similarly, in the German states, Jews attained civil and political rights four times and lost them three times, while in Russia, civil and political rights were granted and rescinded on numerous occasions starting from the late eighteenth century (5).

The volatile status of Jewish emancipation is especially evident in interwar Europe where cross-border exchanges had the potential to lead to the dis-emancipation of Jews. The anti-Jewish policies of the Nazi regime, for instance—some of which mirrored the model of the Jim Crow laws in the United States—were exported and adopted by multiple European states, including Hungary, Austria, Italy, and Romania (291). While Hungary introduced the so-called “Jew Laws,” which were aimed at diminishing the participation of Jews in the economy, abrogating their citizenship, and enforcing racial segregation, Romania imposed economic quotas and attacked the Jews’ right to citizenship (298-302). In these cases, however, it was an extreme reversal of the emancipation process, since it entailed not only the promulgation of discriminatory measures and decrees and the peeling away of political and civil rights, but also the confiscation of property and, eventually, the systematic destruction of human life during the Holocaust.

It is exactly this transnational and comparative approach that separates Jewish Emancipation from other works on the subject and that enables Sorkin to show how empires, states, and other newly formed political entities studied one another and exchanged ideas about the different models of emancipation and citizenship. In the Habsburg Empire, for example, Emperor Joseph II’s model of conditional emancipation, which gave Jews certain rights by “dismantling or reducing the corporate Jewish community’s privileges,” and which itself was inspired by the state centralization of Lombardy and Tuscany, influenced the unconditional emancipation model that was offered later by the National Assembly during the French Revolution (8, 71). Similarly, the Ottoman Empire, coping with political and economic instability and competing with the increasing dominance of European powers, looked toward Russia, France, and the Habsburg lands during the first half of the nineteenth century to study various models of political, economic, social, and religious reforms, creating eventually its own version of emancipation (265-266, 271).

Like Salo W. Baron’s A Social and Religious History of the Jews, which emphasizes the differences between the Jewish communities, Sorkin’s work is supremely comparative and transnational and structured with concentrated treatment of particular regions and communities.[1] However, unlike Baron, who made a clear distinction between the pre- and post-emancipation period in “Ghetto and Emancipation,” Sorkin asserts that we should not make such chronological partitions, since emancipation was—and remains—an ongoing process.[2] Thus, by arguing that Jewish emancipation had not ended with the gaining of citizenship, Sorkin reorients our perception of Jewish history—a history that is not solely characterized by unexpected ruptures or crises or by temporal dichotomies, but rather one that is determined by continuity and fluidity.

While the chapters on the United States and Israel are significantly shorter than those on Europe and occasionally deviate from the political and legal framework that Sorkin employs throughout most of the book’s twenty-seven chapters, Jewish Emancipation remains a remarkable accomplishment that reveals deep continuities in modern Jewish history. Even though the experiences and responses of ordinary Jews to the emancipation process are not incorporated in the book—despite being, according to Sorkin, “active agents” in the process—Sorkin does a noteworthy job illustrating the complexities of the political and legal structures of empires, monarchies, commonwealths, states, free cities, private towns, and merchant colonies vis-à-vis the Jews. While there is a great deal of diversity among the legislative policies and practices of government and state authorities, as well as among the interactions of Jews with these political agents, there is also a significant degree of unity in terms of the ideas that were shared and the laws that were promulgated—all of which Sorkin is able to fit remarkably into the book’s eloquent and accessible conceptual framework. 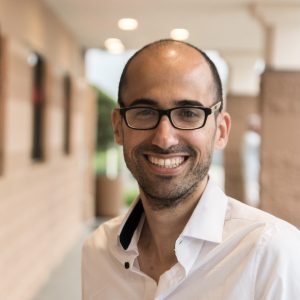 Alex Scheepens is a doctoral student in the History Department at the University of Wisconsin-Madison. He received his M.A. in European Studies (2016) and B.A. in International Relations and History (2014), both from the Hebrew University of Jerusalem, and, recently, completed a second M.A. in History at the University of Wisconsin-Madison (2021). His current research centers on the Jewish experience in hiding in Nazi-occupied Netherlands. By employing a geographical lens and the history of emotions and drawing on written and oral sources in the Dutch, English, and Hebrew languages, he looks at the choices, motivations, behaviors, and experiences of those Jewish individuals who sought to escape the Nazi deportations and find refuge among their non-Jewish countrymen. Alongside his dissertation work, his teaching and research interests range from topics in modern European Jewish history and the Holocaust to the history of antisemitism, Zionism, and the State of Israel.