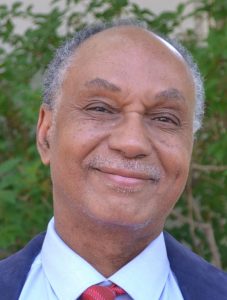 Michael Berkowitz completed his PhD “‘Mind, Muscle, and Men’: The Imagination of a Zionist National Culture for the Jews of Central and Western Europe, 1897-1914” with George L. Mosse in December 1989.

This post is not intended as a comprehensive obituary for Tyler Stovall (1954-2021). Tyler died, unexpectedly, a few weeks ago. For a fuller account of Tyler’s life and scholarship, please see Michael G. Vann’s tribute in The Jacobin.

Given that he served as President of the American Historical Association (2017) and Dean at the University of California-Berkeley and the University of California-Santa Cruz, in addition to being a history professor for decades, thousands of academics and students knew Tyler Stovall. He was deeply respected, admired, and beloved to a great many. It would be an exaggeration to say that Tyler and I were close friends; I only saw him a few times after he finished his PhD. We corresponded occasionally. We had, however, some unusual connections.

Tyler was the last PhD student of Harvey Goldberg in Madison in the 1980s when I was George L. Mosse’s final PhD student. I never formally worked with Harvey, but Tyler had classes with George, and (if memory serves) European cultural history—George’s area—was one of Tyler’s preliminary exam fields. Tyler interrupted his graduate education to gain teaching experience with a stint at Nichols, an elite prep school in Buffalo. I was from down the road in Rochester, NY.

Through Jewish geography I was acquainted with a couple of boys who went to Nichols and it loomed large in their lives.

I don’t remember precisely when I met Tyler. In the 1980s, the history graduate students generally knew each other. Most Europeanists had some sense of their cohort. We rode the elevator in the Humanities Building and chatted at the mailboxes. I remember several conversations with Tyler and Professor Ed Gargan (1922-1995), the department’s other French historian (along with Goldberg). Although I never studied with Professor Gargan, we became friendly and I even spent some holidays with him and his wife, Bunny, at their home.

I usually met Tyler for coffee or lunch. It was a running joke that Tyler, an African American, had had the middle-class Jewish upbringing that eluded me. Like Woody Allen’s fictionalized first wife in Annie Hall, Alison Porchnik, Jewish-socialist-summer-camp was part of what made Tyler who he was. Tyler first learned about Harvey Goldberg at summer camp.

Perhaps our last meal together in Memorial Union, around the time Tyler was finishing his PhD, he told me that George L. Mosse was extremely helpful to him as he put himself onto “the market.”  At that moment he had several interviews arranged, including St. Olaf (Minnesota) and Medgar Evers College of the City College of New York. Tyler saw all of these as offering excellent opportunities, and considered himself fortunate that he had been asked to interview at all. We were especially cheered about St. Olaf, because when George taught at the University of Iowa he was frequently asked to give graduation addresses at small colleges in the upper Midwest. George had great affection for these places, and Tyler said, yes, St. Olaf would be a fine place to land.

Tyler’s graduation party was memorable. I distinctly remember dancing to Grandmaster Flash’s Jesse Jackson campaign song. We regarded ourselves as having had an extraordinarily rich and congenial experience in Madison.

Tyler and I also were assistant professors at a large Big-10 university. Tyler was there a few years before me, and he had already left by the time I arrived. Around the time I started in this job, Tyler told me it was good that I had gotten the position—originally as a visiting assistant professor. He had been hired as a Europeanist. But before accepting the position, Tyler was made to sign a document saying that he would never teach French history.

Our mutual experiences were consistent with what was considered acceptable, or even good form in that university’s history department, at the time. Tyler’s pithy summary, “it’s not Madison” was apt.

We’re now nearer the present. Tyler’s passing would have been sad and unsettling under any circumstances. This painful loss is even more pronounced, because he had been much on my mind in the month or so before I learned of his passing. I was in the midst of trying to arrange an event at my university’s Institute of Advance Studies for Tyler to discuss his recent book, White Freedom: The Racial History of an Idea (Princeton University Press, 2021). In an ideal world, the panel would have included Tudor Parfitt, author of Hybrid Hate: Conflations of Antisemitism & Anti-Black Racism from the Renaissance to the Third Reich (Oxford University Press, 2021), which I believe complements Tyler’s exemplary study. I also had hoped to be able to invite Ruth Ben-Ghiat, author of Strongmen: How They Rise, Why They Succeed, How They Fall (W.W. Norton, 2021), and Marshall Stevenson, who is serving on a state historical commission investigating lynchings of African Americans in Maryland. Alas, Tyler is gone, and Covid is back. Perhaps it can be reconstructed in some way next year.

Tyler only included two specific references to George L. Mosse in White Freedom. However, overall, I see the book as distinctly Mossean. I played Tyler’s podcast with Princeton University Press for my history of Holocaust class. Tears came to my eyes when Tyler became very animated discussing the bare-breasted Marianne as the symbol of the nation leading the French into battle. I would have kidded him that he was channelling George L. Mosse. Tyler’s critical analysis of the history of the Statue of Liberty, is, to me, consistent with Mosse’s concern for the complex history of monuments.

Tyler, in so many ways you were the best of us. Let us revere your memory and continue to learn from you. 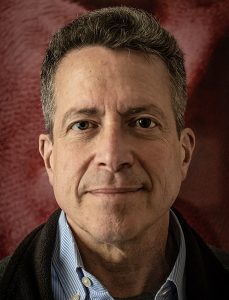 Michael Berkowitz was appointed as a Reader (associate professor) in modern Jewish history in 1997, and (full) professor (2001), in the Department of Hebrew & Jewish Studies at University College London (UCL). Previously he held a postdoctoral fellowship and taught at the University of Judaism (Los Angeles, 1988-9), then the West Coast branch of the Jewish Theological Seminary of America. Afterwards he taught at Ohio State University (1990-7) and briefly at the University of Chicago (1997). He is author of Jews and Photography in Britain (University of Texas Press, 2015), and since 2012, editor of Jewish Historical Studies: Transactions of the Jewish Historical Society of England (UCL Press). His publications include The Crime of My Very Existence: Nazism and the Myth of Jewish Criminality (University of California Press, 2007), The Jewish Self-Image (Reaktion and NYU Press, 2000), Western Jewry and the Zionist Project, 1914-1933 (Cambridge University Press, 1997), and Zionist Culture and West European Jewry before the First World War (Cambridge University Press, 1993). Among his edited books are “We Are Here”: New Approaches to Jewish Displaced Persons in Postwar Germany, co-edited with Avinoam J. Patt (Wayne State University Press, 2010). He wrote the introduction and afterword to The Fatherland and the Jews (Granta, 2021), two works by Alfred Wiener which were critical in George L. Mosse’s early investigation of völkisch nationalism.

Berkowitz is preparing a book, Washington’s (nearly) secret Hollywood connection, for the University of Pennsylvania Press about American Jews and movie-making during the Second World War. He has held fellowships in the last few years at the Remarque Institute of New York University (2017), the United States Holocaust Memorial Museum (Washington, DC, 2016), and Yad Vashem (Jerusalem, 2016). In 2007-8 he was President of the British Association of Jewish Studies, and he is a founding convenor of the Jewish history seminar of the Institute of Historical Research, School of Advanced Study, University of London.

Michael lives in North London with his wife, Deborah. They have two children, Rachel and Stephen.