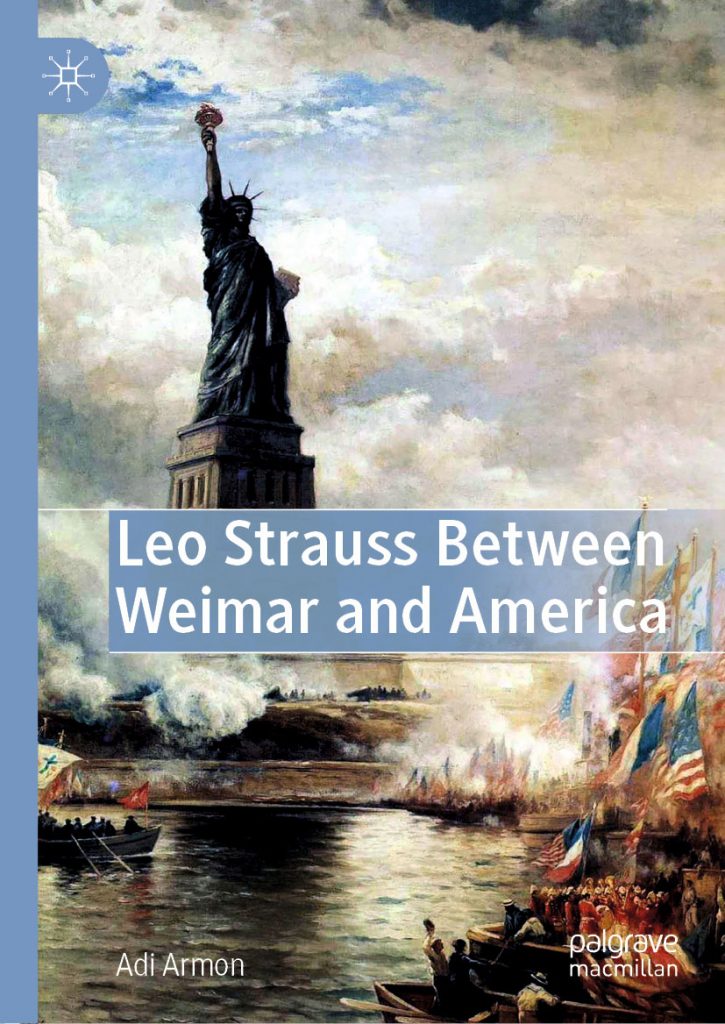 Is there a Straussian Marxism? On Adi Armon’s Leo Strauss Between Weimar and America

In recent years, the phrase “crisis of liberalism” has become more and more prevalent. Originally, the “crisis of liberalism” was used to indicate the unstable politics leading up to the collapse of the Weimar Republic. The Weimar Republic has been popularized as the state that exposed most clearly the inability of liberalism to govern a conflict-ridden society. Today—again it seems—liberal principles of individualism, value-neutrality, and negative concept of liberty appear unable to adequately control social conflicts. The new challenges to liberalism help explain the renewal of interest in the philosophy of Leo Strauss, the German Jewish philosopher who witnessed first-hand the collapse of the Weimar Republic and who immigrated to the United States in the late 1930s. Strauss’s early writings were openly anti-liberal, yet his later American writings seemed to leave open the possibility that American liberalism was a defensible form of government.

Adi Armon’s fascinating book Leo Strauss Between Weimar and America contributes to one of the most pressing questions in Strauss scholarship: how did Strauss become a defender of American liberalism during the Cold War? The still-contested influence Strauss exercised over prominent neo-Conservatives, many of whom held important posts in the American government, has now become legendary. Yet even if we agree that Strauss, who fled the Nazis, attempted, as a virtuous citizen, to show his gratitude to America by defending its system, the question still haunts us. How could Strauss wholeheartedly defend a system that exalts individualism, capitalism, and value-neutrality, when his early writings more or less exclusively attack these ideas? Is Strauss’s defense of America the mere gesture of a marano, of a forced convert to liberalism? Does Strauss follow another marano, Baruch Spinoza (1632-1677), whose strategies he so masterfully analyzes in his first book Spinoza’s Critique of Religion (1930)?

The question becomes even more pressing in light of findings from the last two decades, which reveal the full extent to which Strauss was hostile to liberalism. Even if we do not accept the provocative thesis of William Altman (2014) that the young Strauss was initially a supporter of Nazism, it is hard to deny that the overall tone of his philosophy – late writings included – is sharply critical of modern Western culture. Strauss famously wrote to the philosopher Karl Löwith, immediately after the Nazi rise to power, that “Just because the right-wing in Germany does not tolerate us, it simply does not follow that the principles of the right are therefore to be rejected. To the contrary, only on the basis of principles of the right – fascist, authoritarian, imperial – is it possible, in a dignified manner, without the ridiculous and sickening appeal to the ‘inalienable rights of man,’ to protest against the repulsive monster” (quoted by Armon, 34). Given Strauss’s identification with these “principles of the right,” how could he defend American wars in the name of human rights?

The general assumption, which Armon initially seems to share, is that Strauss’s immigration to the U.S. coincides with a philosophic turn from right-wing conservatism to hesitant acceptance of liberalism. On this reading, the mature Strauss attempts to strengthen liberalism by buttressing it with conservative elements. Armon dates this turn to the early 1940s, around the time when Strauss gave his programmatic lecture “German Nihilism” (1941). In this lecture, Strauss took the foundations of right-wing thought to task, presenting them as inferior to other forms of modern politics – including liberalism. In chapter four, Armon cogently argues that Strauss reluctantly accepted the first liberal principle of “self-preservation,” but continued to stubbornly reject the second liberal principle, that of “self-improvement.” The human condition, Strauss thought, should not be improved through autonomous human effort (a suspect modern endeavor), but only through traditional, noble means, such as aristocratic education.

Yet the true importance of Armon’s book lies in his novel argument that the American Strauss’s movement toward liberalism is accompanied by a thorough rejection of Marxism. Armon shows how Strauss’s rejection of Marx exposes an aporia—an internal contradiction or suspension—in his whole philosophy, and, consequently, how the study of that aporia sheds light on Strauss’s American positions. Armon focuses on an archival finding – a seminar held by Strauss on “The Political Philosophy of Karl Marx” in 1960. The seminar, currently unpublished (despite the attempt in recent years to print Strauss’s lectures), constitutes Strauss’s only systematic treatment of Marx.

The young Strauss did not seriously engage with Marx – albeit for the prosaic reason that Marx’s early philosophic writings became widely available only in the early 1930s. Unsurprisingly for an archconservative, the young Strauss occasionally attacked Marxism; for example, he idiosyncratically accused Hans Kelsen’s legal positivism of being “crypto-Marxist.”. But the mature Strauss developed a more principled assessment of Marx only in his famous 1964 lecture “The Three Waves of Modernity.” In this lecture, he classifies Marx under what he terms the “second wave” of modernity. Rebelling against the semi-utilitarian standards of “first wave” thinkers such as Machiavelli and Hobbes, “second wave” thinkers aspired instead to provide modern society with a moral basis. Kant, for example, sought this basis in the autonomous legislation of practical reason, whereas Hegel believed to have found these principles in the historical unfolding of reason. In this lecture, however, Strauss conspicuously neglects to engage more thoroughly with Marx.

Strauss is almost silent about Marx, according to Armon, because Marxism poses a profound challenge to Straussian reasoning. When Strauss attacks liberalism, he chooses an easy target. Because liberalism tends to justify itself on a pragmatic basis and refrains from strict philosophical accounts, every pessimist thinker can easily attack the mediocrity, value relativism, and vain faith in progress characteristic of liberalism. Marxism, however, rejects mediocrity, relativism, and faith. Unlike liberal value relativism, Marxism is committed to an absolute ideal in the name of which it seeks to revolutionize society. All of these are elements that Strauss should appreciate. Further, the Marxist account of human alienation shows remarkable similarities to Strauss’s own critique of modernity.

Marx thus uniquely threatens the Straussian logic. As a thinker of the second wave of modernity, Marx attacks the thinkers of the first wave in a Straussian manner without adopting Strauss’s conclusion that modernity must be abandoned altogether. On the contrary, Marx allows modernity to change and correct itself. Marxism challenges Strauss’s contention that in order to rectify the malaises of modernity – which, according to Strauss, are value relativism and rational positivism – one needs to return to Athens and its pre-critical natural law or to Jerusalem and its preaching prophets. Marxism overcomes the malaises of modernity by using entirely modern methods. The Marxist remains entirely modern, namely an autonomous legislator who prevails over nature and tradition; yet she manages to find an absolute moment of rationality in history, i.e., the proletariat as the universal class striving for human freedom.

Importantly, Armon makes clear that Strauss indeed valued Marx more than other second wave thinkers. Strauss, Armon suggests, preferred Marx’s teleological account of alienation, which he read as suggesting a normative account regarding humanity, to Kant’s formalism, for example. Strauss also acknowledged semi-Straussian elements in Marx’s argument that modern humans are trapped in a cave and in his call to craft a cultural and political program to draw them out of it. Thus, the American Strauss held open enmity towards Marx – to the point that Strauss more or less claimed that he preferred atomic destruction to the victory of Communism — constituting an existential rather than a philosophical rejection of Marx. Strauss could not dismiss Marx with the same philosophical methods he used to critique other modern thinkers. Marx becomes the enemy against which the entire Straussian system is defined. Marx’s philosophy presents a moment of decision, an either-or, Marxism or Straussianism.

Why then did Strauss reject Marx? Why did he rule out the possibility of overcoming the malaises of modernity using modern means? Armon reaches the conclusion that, public attempts to distance himself from German right-wing thought notwithstanding, the American Strauss heavily relied on Nietzsche in his rejection of Marx. Strauss deemed the Marxist “the last man,” the opposite of Nietzsche’s Übermensch. Communism, which is supposed to solve the contradictions of liberalism and eliminate all scarcity, renders the human being a lazy, content, and happy creature. The last Marxist human lacks Eros and life force, and is therefore unable to participate in the two arenas in which humans express their discontent and renew their culture: politics and philosophy. In the Marxist vision, the state withers away because there are no further conflicts to solve. The Marxist society does not encourage individuals to become philosophers, since the conflict between the human and the city is settled definitively. Strauss rejects this paradise-like world with horror, deeming it the true enemy of his philosophy.

Armon’s argument forces us to revise the conventional wisdom regarding Strauss’s late philosophy. Strauss defended America in the Cold War, according to this reading, not because he accepted liberalism. As a matter of fact, despite Strauss’s late public rebuke of fascism, he remained a Nietzschean in the most decisive element of his late thought – where he rejected Marxism. Strauss cannot base this rejection on the sort of argument he masterfully provides in his critiques of first wave thinkers. Strauss instead decided to solve the malaises of modernity with pre-modern means and to avoid the modern methods provided by Marx because his Nietzschean worldview recoiled from the Marxist paradise. This is an existential and aesthetic rejection, which identifies Marxism as the true opposite of Strauss’s own system.

If this analysis is true, we reach a provocative conclusion: the late Strauss preferred liberalism not because he thought it was superior to Communism, but exactly because he thought it was a worse and more deficient system. While Marxism solves the challenges of modernity and makes human beings into happy last humans, liberalism is a bad regime that at least fosters discontent to such an extent that humans are forced to deal with politics and philosophy. This discontent might encourage them to turn from modernity to pre-modernity. Thus, Strauss’s late support for liberalism is really the praise for a defunct system. Strauss turns out to be a first-rate esoteric; he indeed supports liberalism, but out of a nihilistic desire to see its upcoming destruction. Liberalism is bad enough to foster discontent and to make possible its future replacement. The old, American Strauss, then, remained attuned to the ideas of the young, Weimar Strauss; he merely changed his strategies to bring about a pre-modern revolution. 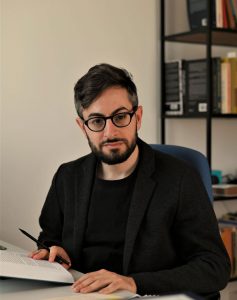 Itamar Ben-Ami is a research fellow at the Humboldt University’s Faculty of Theology, and a graduate of the ultra-Orthodox yeshiva world. His research focuses on critical and theocratic conceptualizations of the modern sovereign state, German-Jewish thought, and ultra-Orthodox political theology. His articles are forthcoming in Harvard Theological Review and Jewish Social Studies.