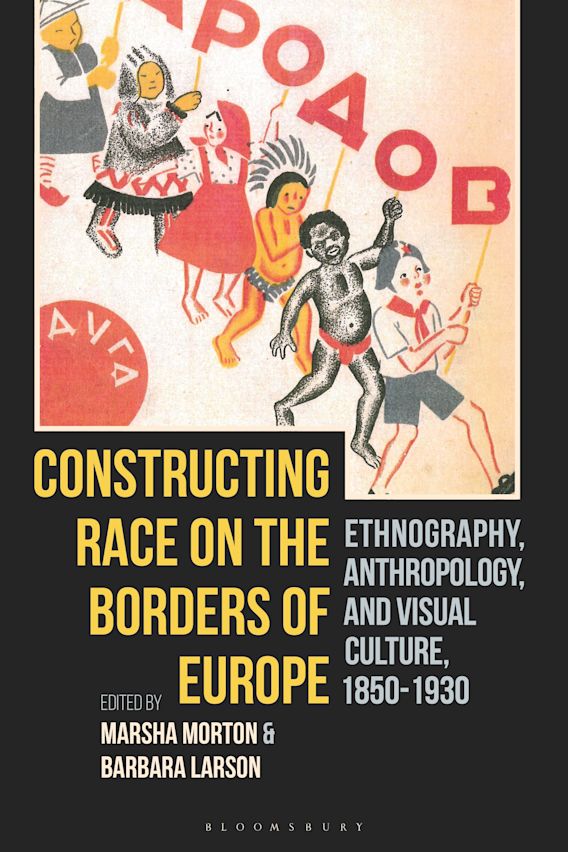 In the last couple of years, much of the Western world has been engaged in public debates about racism and colonial pasts, resulting in many symbolic changes in the public sphere, some more controversial than others: the decision of the English soccer team to kneel before games, the taking down of the statue of General Robert E. Lee in Virginia, or the burning of “outdated” books in Ontario, to name only a few. Likewise, one does not need to look far across disciplines and fields to find stimulating works that expose some of the less honorable episodes and intellectual traditions forming the legacies of the former Western empires.[1] In addition to simple memory restoration, however, there has been an increasing tendency to muddle the nature and boundaries of colonialism and race-construction. Transnational histories are now written that rearrange categories of colonial actors and extend the analysis beyond formal imperial mechanisms of power to expose “manifold asymmetrical power relations” in postcolonial states, including those without historic colonies.[2]

In the same spirit, the neatly assembled book edited by Marsha Morton (Pratt Institute) and Barbara Larson (University of West Florida) features leading scholars pursuing the “ghostly matters” of racial iniquities on the “borders of Europe”: in Norway, Denmark, Hungary, Austria, Germany, and Russia, as well as in the blurred spaces between them. This liminal region, which has undergone enormous geopolitical changes since the mid-nineteenth century, has little cohesion at first sight, but is united by the “colonial” treatment of its minorities by transnational actors, especially in the realm of racial pseudoscience, linguistics, and anthropology.[3] In introductory remarks, Morton points to many colonial entanglements across the region, for example the early Russian-sponsored trips to Siberia by Daniel Gottlieb Messerschmidt and Gerhard Friedrich Müller as well as the never-ending search for the Urheimat of the “Aryan” race, especially after 1830. Furthermore, she suggests that a migration of race-construction patterns took place not only between the “tropical” South and Eastern Europe, but also between the former and the Arctic North. Indeed, contradicting the myths of Nordic and Russian exceptionalism – and demonstrating the “inadequacy of Said’s Occident-Orient binary” – some contributors notice parallels between the treatment of the Sámi and Inuit, or the Turkmen, and the treatment of the Caribbean “natives.”[4]

The uniqueness of the book and its fascinating contents lies not only in finding the “anomalies, complexities and contradictions” of interwoven strands of colonialism, but in their skillful juxtaposition of textual and visual sources in their analyses.[5] David Ciarlo had discussed the ways in which the images used in (German) advertising perpetuated racial stereotypes and hierarchies.[6] Still, together the authors of Constructing Race employ a larger methodological toolkit to underline the intertwining of ethnography, anthropology, and visual art in the processes of persecuting, patronizing, and integrating minorities in European imperial spaces. This includes close examinations of paintings by an elite Viennese artist, prints by a subaltern Sámi artist, Hungarian tapestries inspired by multiethnic weaving techniques, and illustrations from early Soviet children’s books (one of which was used for the book cover). In total, the book features twelve color and sixty-three black-and-white illustrations.

While the timespan of the book roughly covers the years 1850–1930, its structure fits a geographical rather than chronological framework, as several of the eleven chapters tackle sources that appeared only recently but reference older episodes, such as Pia Arke’s Stories from Scoresbysund. In the first place, Patricia G. Berman examines the ethnographic reports and photographs taken during Norwegian anthropologist Carl Arbo’s research trips to Sápmi in the last three decades of the nineteenth century. She shows the ways in which the anthropometric data and 20,000 samples collected were used to claim the “double origin” of the Norwegian nation split between “long-skulled” liberals and less sophisticated “round skulls,” with Arbo’s findings later being cited by racists such as Andreas M. Hansen and Madison Grant. Bart Pushaw’s Chapter 2 has a more specific focus, interpreting the print Hoopla, We’re Alive! by the Sámi printmaker John Savio as employing colonial themes to convey an anticolonial message. Savio’s conflation of the Arctic with the tropics is placed in the broader context of attempts by Icelanders and Faroe Islanders to separate themselves from Greenlandic and Caribbean “natives” at the turn of the twentieth century. Closing the “Nordic” section of the book is the chapter by Alison W. Chang, which examines the previously mentioned Stories from Scoesbysund (2003) by the “hybrid” Danish-Greenlander artist Pia Arke. Chang interprets this book, in which Arke places Greenlanders at the center of collages made with maps and photographs, as an attempt to excavate the “native” voices of this settlement established in 1924.

Chapters 4-6 are concerned with the lands of the Habsburg Monarchy. First, Robert Born and Dirk Suckow tackle the representations of the Roma (“Gypsies”) in the eastern part of the state during the nineteenth and twentieth centuries. They examine both the ways of othering these “brigands and virtuous musicians” by early ethnographer Adam František Kollár’s 1783 dissertation or Orientalist painter Sándor Bihari as well as platforms for their inclusion, for example Crown Prince Rudolf’s sedentarization program suggested in his so-called Kronprinzenwerk. Likewise, Marsha Morton examines the Egyptian paintings of Leopold Carl Müller, in which this Austrian artist promoted the image of working-class Muslims to foster a sense of common humanity instead of appealing to Orientalist fantasies common at the time. She points out, however, that anti-Ottoman attitudes made it difficult for the Viennese to associate with Egyptians and that Müller’s paintings gained traction in England instead. In Chapter 6, Rebecca Houze takes a closer look at the productions of the Hungarian designers from the Gödöllö colony near Budapest, established in 1901 as an ethical and sustainable society. Placing the artwork in the context of the Habsburg liberal ideal of “unity in diversity,” Houze stresses that while informed by Hungarian nationalism and Orientalist theories, the tapestries produced around Gödöllö drew from multi-ethnic traditions of weaving and until the 1930s promoted a somewhat less paternalistic approach toward Hungarian minorities. As a bridge to the next section of the book, Chapter 7 by Barbara Larson casts Paul Gauguin’s representations of Brittany’s “Celts” in a new light by connecting them to his interest in linguistics, including the theory of the Breton language’s origins in Sanskrit, and in non-Western nations such as Oceanic Turanians. She sees, for example, an “Oriental” gesture in the painting Breton Girl Spinning (1889). Like Houze, Larson cautions against dismissing Gauguin’s anthropological intent as mere paternalism.

Chapters 8 and 9, which reference racializing policies in Russia, complement each other, as both dispel the myth of Russian exceptionalism. In the first of the two, Margaret Dikovitskaya follows the Russian photographers of the Turkestan Album and the Types of Nationalities in Central Asia, in which she notices a startling contrast between the disparaging images of nomadic indigenous people, dilapidated edifices, and undeveloped landscapes, on the one hand, and those of Russian modernity encapsulated in uniformed generals and orderly infrastructure, on the other. Dikovitskaya also understands the albums – parts of a larger imperial project that included land surveys and population censuses in the 1860s and 1870s – in their symbolic function as souvenirs: to acquire one was to acquire a whole colonial territory. The following chapter by Marie Gasper-Hulvat is a critical analysis of children’s books by Russian illustrators from the 1920s: Mikhail Yezuchevskii and Vasilii Vatagin’s Children of the World and Folk Children of the U.S.S.R. as well as Olga Georgievna Bonch-Osmolovskaia’s Folk Children. Written in the framework of the Soviet celebration of ethnic diversity and intent to replace Great Russian imperialism with communist “development,” these books display model Soviet nationalities rather than real children and contrast socio-politically “advanced” (usually Russian) pupils with their “regressive” (usually non-Russian) counterparts.

The last two chapters of the volume center around the construction of race in Germany. In Chapter 10, Kristin Schroeder places the art of Christian Schad and the Neue Sachlichkeit in the context of German racial anthropology stretching from Rudolf Virchow to Felix von Luschan. She argues that in his precisely detailed painting of Agosta, a white German circus performer, and Rasha, his black colleague from Madagascar, Schad depicts the latter figure, especially, in a racializing way. Despite his humanist intentions, the artist could not separate himself completely from Germany’s racist legacies, and accompanying him to the circus was Felix Bryk, an ethnographer who had recently worked in Tanganyika. Lastly, Priyanka Basu’s final chapter excavates the anthropological histories and techniques in the films by Philip Scheffner, a Berlin filmmaker. Scheffner’s The Halfmoon Files (2007) is a documentary featuring “experimental ethnography”: it tells the story of German POW camps during World War I by intersecting sound recordings of colonial soldiers with footage of xenophobia in Germany in the early 2000s. Likewise, Revision (2012), which focuses on the murder of Roma migrants as they crossed the German border in the 1990s, combines archival material with contemporary interviews. Basu views both films as bridges between the different episodes in Germany’s (post)colonial history.

While geographically and methodologically eclectic, thematically the contributions to Morton and Larson’s volume comprise a rather coherent whole. If the aim of the book was to problematize ethnic categorization and blur the lines between maritime and frontier colonialism, or between “liberal” and explicitly racist anthropology, the mission has been accomplished. The marriage of intellectual historical writing to the analysis of art is a fresh approach to postcolonial studies, albeit some chapters are real chronological outliers and appear a bit out of place. On the other hand, however, this chronological spread, coupled with true interdisciplinarity, are further factors that render this clever book accessible to students and specialists from different fields. 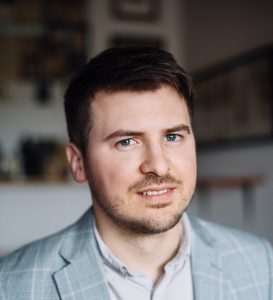 Piotr Puchalski is Assistant Professor of Modern History at the Pedagogical University of Kraków (Poland), where he offers courses in the history of Poland, colonial empires, international relations, and contemporary tourism. He has previously published in the Historical Journal and the Journal of Modern European History. His upcoming book is Poland in a Colonial World Order: Adjustments and Aspirations, 1918-1939 (Routledge, 2022), and he has also contributed to the upcoming edited volume The World Beyond the West: Perspectives from Eastern Europe (Berghahn Books, 2022). His next project deals with Poland’s post-1939 colonial entanglements.