The birthplace of Beethoven and Goethe, Germany has long been seen by citizens and foreigners alike as a land abounding in cultural riches. In the early twentieth century, the Weimar period stands out as one of the most fascinating and dynamic moments in European cultural history. Even the culture of the German Empire has received considerable attention from historians in recent years.[1] In stark contrast, the Third Reich is still typically seen as a cultural void, associated with barbarism rather than cultural achievement. One struggles to name a single actor or musician from this time, and little remains of its art and architecture. Did Nazi Germany possess a recognizable culture? If so, what was distinctive about it and how was it shaped by the agenda of the Nazi ruling class? Such questions were explored by an earlier generation of cultural historians, including George L. Mosse, Fritz Stern, and Anson Rabinbach, and now Moritz Föllmer shows once again why they belong at the forefront of Third Reich historiography.

In his complex and wide-ranging study, originally published in German as „Ein Leben wie im Traum“. Kultur im Dritten Reich (2016), Föllmer seeks to understand the role culture played in Nazi Germany. In contrast to those scholars who have seen the Third Reich as a cultural wasteland, Föllmer argues that there was such a thing as “Nazi culture,” but that it was never well-defined, nor sharply distinct from earlier periods. Instead, it was comprised of a synthesis of völkisch ideas with more traditional middle-class tastes, as well as forms of light-hearted entertainment. This culture, Föllmer believes, made an important contribution to the regime’s popularity both during peacetime and at war. Partly owing to its very incoherence, millions of Germans found it easy to identify with its contents, and to see in it the potential fulfillment of their personal dreams for the future. To examine the Third Reich’s culture, Föllmer follows the machinations of Nazi leaders and the institutions they headed, while including reactions from individual Germans recorded in diaries and letters. The work unfolds chronologically from the Weimar Republic to Hitler’s final days and spans “both high culture in the sense of theatre, opera, and classical music and popular culture, namely film, radio, and light fiction” (5).

Föllmer begins with an incisive analysis of the Weimar period, which he sees as characterized by more than the cosmopolitanism and diversity so much celebrated by historians. Equally a part of its culture were the yearnings of a large proportion of middle-class Germans, such as diarist Elisabeth Gebensleben-von Alten, who were troubled by the permissiveness and experimentation they saw around them. These wished for a singular, “pure” national culture grounded in German history, values, and sensibilities. Their support—along with that of the radical right—would prove critical to the rise of the Nazis. Here, Föllmer reinforces one of the key findings of his historiographical predecessors, particularly George L. Mosse, who argued that even in its early days, Nazism was not simply a fringe phenomenon but a movement with the potential to appeal to wide swaths of the German population, not least its “respectable” strata.[2]

As he moves on to the first years of the Third Reich, Föllmer traces how the Nazis began to assert control over the cultural sphere. Through the Propaganda Ministry, the Reich Chamber of Culture, the Strength through Joy program, and other organizations, the regime doled out favors to individuals whose cultural creations they approved of while making it increasingly difficult for Jews and leftists to reach a broad audience. Although they harbored far-reaching ambitions for remaking Germany’s cultural space, Föllmer argues that Nazi leaders recognized the desire of middle-class Germans for continuity. For this reason, as well as intra-Party squabbles over what constituted “true German culture,” they did not completely tear down what had come before. Popular film stars, artists, and writers like conductor Wilhelm Furtwängler and writer Hans Fallada were allowed to continue their work even if their views did not align perfectly with the Nazi Weltanschauung. Jazz music could still be heard on radios across the country alongside the works of Beethoven and Wagner preferred by Nazi officials. This flexibility—and ambiguity—helped to boost the regime’s public image, both within and beyond Germany’s borders, and provided middle-class Germans with a sense of stability.

In the later 1930s, the Nazi Party began to take firmer control of German culture. Jews, liberals, and dissidents of all stripes were not only systematically expelled from cultural activities but subject to violence and internment in concentration camps. The regime emphasized Teutonic traditions and history, promoted biological racism and imperialist ambitions in the academy, encouraged the pro-Nazi German Christian movement, and commissioned monumental architectural projects. Even so, Föllmer argues, there was ultimately little of Nazi culture that was truly original; it still owed much to the Weimar Republic and was largely defined in opposition to all things “Jewish” rather than following any clear guiding principles beyond the personal whims of Hitler and his entourage.

One of the chief objectives of Nazi leaders was to prepare the nation for war, and culture became another tool for achieving this end. Films like The Great Love Affair (Die große Liebe, 1942) encouraged Germans to make heroic sacrifices, while newsreels displayed the skill of victorious German soldiers. The conquest of its neighbors provided opportunities for regime-backed artists to prove the “superiority” of German culture by going on tour in occupied lands. But culture wasn’t just employed to encourage a sacrificial mentality or dominate surrounding territories; it was also used to help provide escapism and diversion. Soldiers and civilians could request popular hits on the radio or watch light-hearted comedies that took their minds off the conflict. The job of keeping Germans motivated and entertained became increasingly difficult as the war dragged on and the country found itself beset on all sides. Still, it is remarkable that organizations like the Berlin Philharmonic kept performing as the Red Army closed in around Berlin, a testament to Nazi leaders’ insistence that Germany continue to be seen as a land of culture till the bitter end.

One particularly welcome aspect of the book is the fact that Föllmer examines not only “mainstream” culture in the Third Reich but also the culture of outsiders and dissidents, including liberals, émigrés, and Jews. The latter did not simply accept Nazi dominance of German culture but challenged it through their own associations and even within concentration camps. While it was closely monitored by Nazi authorities, for example, the Cultural Association of German Jews was founded in 1933 to provide employment to struggling Jewish musicians and actors. As a result, the regime never quite achieved a true monopoly over cultural affairs.

Like any monograph, Culture in the Third Reich is not without its flaws. Although he seeks to cover both high culture and popular culture, Föllmer tends to focus more on the former than the latter, even though the number of Germans who regularly attended operas or kept up with the latest artistic trends was comparatively low. In particular, working-class culture is largely overlooked, despite the fact that the Nazis laid great store on binding this group to the national collective. Another critique that could be leveled against the book is that its cast of characters—Thomas Mann, Martin Heidegger, and Viktor Klemperer, to name a few—is already well-known to scholars of German history, and one sometimes wishes for more novel perspectives. Furthermore, although the translation is quite readable, the book can be overly pointillistic at times, quickly jumping from one cultural topic to the next with little in the way of transition. Despite these drawbacks, Culture in the Third Reich is a rich and insightful work on a subject that is too often overlooked by today’s historians, drawing attention to the important role played by culture in furthering the Nazi project. 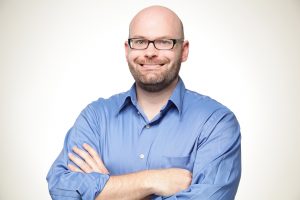 David Harrisville’s research specialties include modern Germany, the Second World War, and the history of morality. He received his PhD in History from the University of Wisconsin-Madison in 2017, where he also held several academic posts. He served as Visiting Assistant Professor of History at Furman University from 2018-19 and currently works as an Information Technology Learning Specialist at Legal Services Corporation. His book, The Virtuous Wehrmacht: Crafting the Myth of the German Soldier on the Eastern Front, 1941-1944 will appear in November, 2021 with Cornell University Press.