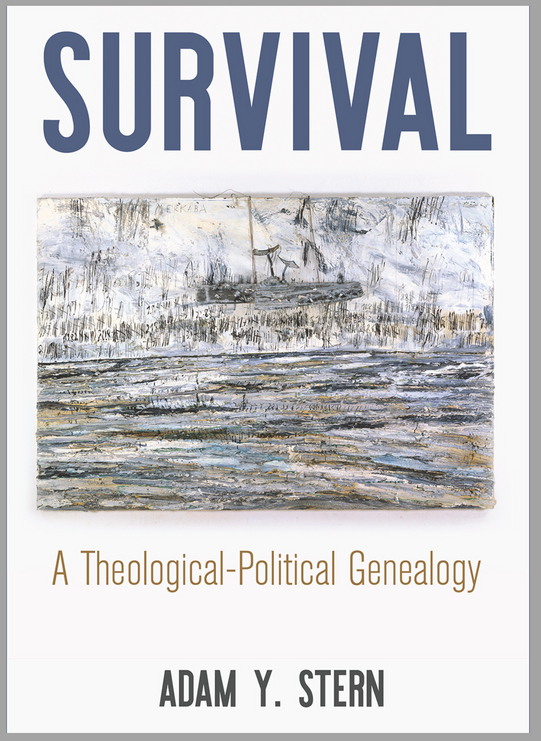 Adam Y. Stern’s Survival: A Theological-Political Genealogy offers a collection of vividly argued readings of some of the most resonant twentieth-century German-Jewish thinkers through a studied interrogation of the concept of “survival.” Currently an Assistant Professor in the Department of German, Nordic, and Slavic+ and the Mosse/Weinstein Center for Jewish Studies at the University of Wisconsin-Madison, where he has been posted since 2019, Stern previously held a position as a postdoctoral associate in the Whitney Humanities Center and Program for the Study of Antisemitism at Yale. Having written widely on subjects in Jewish Thought, Secularism, and Political Theology, Survival is Stern’s first book-length manuscript. In the text, he begins by asking a seemingly simple question: “Who is speaking about survival? (1)”

Beginning “in the beginning,” as Stern puts it, Survival opens by turning first to the Hebrew Bible in order to concentrate on the conceptual history of the idea of “Jewish Survival.” The Jewish example, Stern tells us, is actually much less a lesson from Jewish history but is instead representative of Christianity’s own powerful secular and political vision. Staging this critical switch from the outset, Stern works to relocate the discursive history of Jewish Survival, marking it as the mask and the mediator of a vast theological-political history of Christian survival. Opening on the body of Christ and ending with the image of the empty tomb, Survival offers groundbreaking readings of some of the past centuries’ most critical Jewish thinkers in an effort not only to bridge the gap between the secular and the sacred but to do so in a way that allows the long history of Judeo-Christianity the opportunity to speak in new ways on increasingly urgent contemporary questions.

Before even opening the book the reader is presented with an image, Anselm Kiefer’s 2002 Merkaba, a painting in oil, emulsion, acrylic, and lead on canvas. One of a set of eight large-scale paintings and two sculptures presented under the name Merkaba in New York at Gagosian, Kiefer’s exhibition was inspired by his interest in Kabbalist literature. As examined in Kabbalah texts, specifically the Maaseh Merkavah, which details a journey to seven holy temples, each representing one of the seven pillars of divine spirituality, the Merkaba itself is a magical chariot. Representing a means by which believers can cross from one realm of wisdom to the next, the Merkaba doesn’t charge towards any kind of teleological kingdom but acts instead as a passageway uniting land and sea, earth and heaven. Opening his book with an image from Kiefer’s aesthetic reflections on the meaning of the Merkaba, Stern introduces the question of survival by way of a vision of dynamic wholeness, creative movement, and divine wisdom that playfully foreshadows the book’s dynamic thesis.

Stern’s reach in the text is undoubtedly masterful and his analysis ranges from Erasmus to Darwin while drawing on the work of figures like St. Augustine, Judith Butler, and Shakespeare. His central figures, however, are of some of the best-known authors of twentieth-century Jewish thought. Following a seemingly well-trodden path, the key thinkers in Stern’s analysis are Hannah Arendt, Walter Benjamin, Sigmund Freud, and Franz Rosenzweig. But what might seem at first glance just another work surveying a very particular collection of German-Jewish intellectuals in fact surprises the reader by focusing on these all too well-known thinkers in terms not simply of their place in the Jewish canon, but on the understudied currents of Christian symbolism that pervade their thought. Stern’s reading of Walter Benjamin in particular stands out in this regard. Even among Benjamin’s many contemporary readers, there is some debate as to how (and if) one can read Benjamin’s writings in terms of Jewish mysticism. Stern argues that deafness to the mystic element of Benjamin’s thought has even further obfuscated what his writings can teach us not just about Jewish mysticism but about Christianity (51). For Stern, “Benjamin’s literalist theory of translation already places him within a broader history of the ‘Jewish-Christian polemic.’ More than a passing sign of his interest in Jewish mysticism, the whole of Benjamin’s intervention,” Stern claims, “is an attempt to overturn Paul’s spirit-letter distinction by privileging literal translation as a ‘species of Jewish power’ (58).” For Stern what is even more central, as he argues alongside Naomi Seidman, is that “… ‘the debate over free versus literalist translation has been shaped by Christian theology for the greatest part of its history’ and only from within this particular regime of reading did literalism come to be ‘perceived as Jewish’ in the first place (58).” This critical switch gets to the very heart of the “oppositional structure” Stern corners in his argument at large and it is in fact this very breed of discursive asymmetry, he argues, that has defined and continues to define the Christian figuration of Judaism.

Not only does Stern launch a powerful genealogical investigation into the concept of survival but he does so in a way that binds a certain tradition of biblical hermeneutics to the emergence of the idea of Jewish Survival as tied to post-Holocaust Judaism and to Israeli military mobilizations. For the American public, the Eichmann trial was the first exposure to the Holocaust as a separate event from the horrors of the Second World War on the European front. Citing Werner Weinberg, Stern explains the post-war genealogy of the idea of Jewish Survival: “Immediately after the war, we were ‘liberated prisoners” Weinberg writes, “…in subsequent years we were included in the term ‘DPs’ or ‘displaced persons.’ In the US we were sometimes generously called ‘New Americans.’ Then for a long time… there was a good chance that we, as a group, might go nameless. But one day I noticed that I had been reclassified as a ‘survivor’ (4).” For Stern, like for Weinberg, the modern genealogy of Jewish Survival thus began in English, and in America. But Stern tells us that the story of Holocaust survival runs much deeper than this. Through a critical reading of Hannah Arendt’s famous Origins of Totalitarianism (rather, actually, than Eichmann in Jerusalem), Stern shows that the concept of survival runs “like a red-thread” through the text, stitching together, as he puts it, “intersecting analyses of anti-Semitism, imperialism, and totalitarianism (14).” For Stern, Origins becomes a theological-political archive of the concept of survival, one that finds its exemplary image in Arendt’s depiction of the concentration camps. Precisely by introducing the themes of sovereignty and mysticism (as he did with Benjamin) to his reading of Origins, Stern argues that through Arendt one can begin to better understand the conceptual history of survival as itself a trace of Christian Europe’s best efforts to divide itself from its Jewish heritage and consolidate its theological-political sovereignty (14).

In Survival, Stern interrogates his central concept as a rhetorical edifice, one that he moves towards deconstructing. Beginning with a discussion of “elements” and “archeology” before proceeding to a lengthier encounter with “imitation” and “reproducibility,” the text proposes both a progression and an inversion simultaneously while putting its conceptual focus, the idea of survival, under pressure. In this process, Stern shows that the conceptual history of survival belongs to a much broader tradition of debates concerning sovereignty and the subjugation of the body (both physical and spiritual), a process best elucidated in an examination of the body of Christ in terms of both imminence and emptiness. Presenting a powerful intervention in debates ranging from philosophy of religion to secularism, biopolitics, mysticism, and political theology, Stern’s argument here widens our political-theological vocabulary by gathering seemingly disparate features of canonical texts to make broader claims about our contemporary political and religious life, claims that, in an increasingly chaotic world, bring all the more to bear on our secular consciousness. An original, rigorous, and deeply thoughtful work, Survival ultimately succeeds (in a wonderfully paradoxical way) in finally decentering the idea of survival and in its place revealing an image, instead, not simply of an “empty tomb,” but of redemption and of the passageway towards it.

Survival will no doubt enjoy a diverse readership deserved by its contributions both methodologically and theoretically to not only the field of Jewish Thought but to Political Theology and Intellectual History more broadly. The text works as a powerful conceptual history that succeeds, through a focused reading of the idea of survival, in relocating the history of Jewish Survival and marking it as the veneer of a vast theological-political history of Christianity—at once an enormous task and also a critical one. The only serious critique I have to offer of Stern’s book is that the dust jacket is conspicuously white and I have already smudged it. 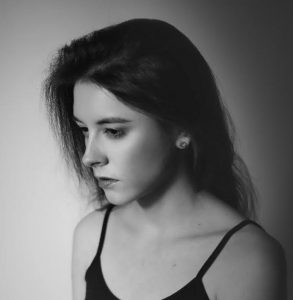 Emily Stewart Long is a PhD Candidate between NYU and the University of Cambridge, where she received her MPhil in Political Thought and Intellectual History in 2019. Her dissertation focuses on the transformation of the Gestalt concept in German conservative thought during the First World War, particularly in the work of Stefan George, Ernst Jünger, Carl Schmitt, and Martin Heidegger. Alongside her dissertation work, Emily’s research and writing interests range from topics in Nazi culture to poetics, hermeneutics, musicology, literary theory, painting, and law. She is currently teaching a course entitled, “Fascism, Art, and Espionage” at NYU.