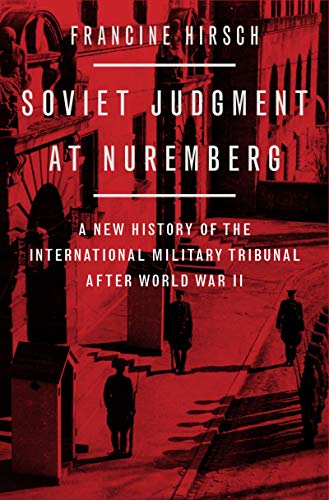 In the immediate aftermath of the Second World War, the four victorious Allied nations convened the International Military Tribunal (IMT) to prosecute Nazi war crimes. Having defeated the Germans in a war widely promoted as a battle between good and evil, the United States and its allies sought a more ambitious and elusive objective at Nuremberg: justice for the millions of victims of the Nazi regime. The Nuremberg Trials lasted nearly a full year and culminated in October of 1946 with the conviction and execution of several high-ranking Nazi officials. Many of these men had been charged with “crimes against humanity,” a legal innovation that attempted to codify the abject horrors of the Holocaust and formalize a doctrine of international human rights. For this reason, the Nuremberg Trials have long represented a foundational moment for post-war liberalism that set a standard for international justice for decades to come. Within American popular memory of the Second World War, the Nuremberg Trials helped to cement a triumphant story of victory in a just war.  According to the American narrative of events, the victors dealt with their vanquished foes honorably and provided each of the accused with the opportunity to face and defend themselves against the charges. Even the nation’s sworn enemies, so it seemed, deserved the same rights enshrined in the U.S. Constitution. This vision of Nuremberg as the harmonious marriage of liberal internationalism and American democracy on the world stage, forged in the earliest days of the Cold War, has proved remarkably durable.

From the opening pages of her brilliant new book, Soviet Judgement at Nuremberg: A New History of the International Military Tribunal After World War II, Francine Hirsch takes aim at  “the myth of the Nuremberg Moment” (7) and then systematically dismantles it. Just as military historians have increasingly stressed the importance of the Soviet contribution to Allied victory in World War II, Hirsh illuminates the previously untold story of the Soviet jurists at the center of the IMT proceedings, who were also key figures in the intellectual formulation of the legal theories behind the unprecedented trials.[1] Without the Soviets, Hirsch suggests, the IMT may never have happened at all. More importantly, Hirsch argues that the full legacy of the Nuremberg Trials is impossible to understand without a real reckoning with the complex and contradictory contributions of the Soviets at every step. “The full story of Nuremberg confronts us with two awkward truths,” Hirsch writes in the introduction, namely that “illiberal authoritarian states have at times positively shaped international law, and international justice is an inherently political process” (8).

By anchoring her story in the experiences of the Soviet participants of the Nuremberg Trials, Hirsch imparts a rich, complex, and messier accounting of the International Military Tribunal (IMT). A masterclass in international history, Soviet Judgement at Nuremberg draws on a wide variety of archival collections from Russia, the United States, and England to reconstruct a panoramic history of the IMT from its inception and initial charter in the fall of 1945 to the rendering of verdicts a year later. Hirsch’s impressive research allowed her to not only examine the strategic decisions, debates, and actual legal proceedings in granular detail, but also to provide a fascinating glimpse of the social lives of the lawyers and judges behind the scenes of the tribunal.

Hirsch is a compelling writer whose storytelling brings to life a diverse cast of historical actors including well-known figures like U.S. Supreme Court Justice Robert Jackson and Soviet Foreign Minister Andrey Vyshinsky as well as more obscure personages including the jurist Aron Trainin, judge Iona Nikitchenko, and chief prosecutor Roman Rudenko. Trainin, whom Hirsch credits as the unsung architect of the IMT’s legal and intellectual foundations, coined the term “crimes against peace” in a treatise published by Moscow in 1944 that argued aggressive war should be treated as a serious violation of international law. Trainin, a Jew born in what is now Belarus, had extensive experience abroad and was steeped in the legal traditions of Western Europe—he had even studied comparative law in Berlin before the Bolshevik Revolution. This made him something of an anomaly among Soviet legal experts. Like the other members of the Soviet legal team, Trainin was also a veteran of the Moscow Trials, the infamous show trials engineered by Stalin to purge his enemies in the late 1930s.

In highlighting the connections between the Moscow Trials and the IMT, Hirsch alerts the reader to the contradictions that existed at the core of the Nuremberg Trials. Stalin’s stubborn determination to utilize the show trial playbook at Nuremberg hamstrung the Soviet delegation, which from the outset also suffered from a chronic lack of translators and clerical workers. Forced to run every decision by the Party’s Central Committee and Stalin himself, the Soviet legal team found themselves in an impossible position as painfully slow communications forced them to act without formal approval or stall in an effort to buy time. Like so many other Soviet bureaucrats, they labored under constant fear that they would be recalled and made scapegoats for failure to carry out unrealistic demands from Moscow. Hirsch repeatedly emphasizes how Soviet dysfunction at the IMT served as a microcosm of the Stalinist system as a whole.

Perhaps no decision better illustrates the Stalinist approach to the IMT than the Soviet insistence on including the Katyn massacre to the indictment’s list of Nazi war crimes. Hirsch examines how the Soviet gambit played out in open court and behind closed doors in the fascinating chapter “The Katyn Showdown.” The brazen move represented gaslighting on an astonishing scale. Stalin knew with certainty that the Nazis were not responsible for the summary execution and burial in mass graves of more than ten thousand Polish officers in a forested region outside of Smolensk because he had ordered the NKVD (the Soviet secret police) to carry out the atrocity and orchestrated the subsequent cover-up. Never one to let truth stand in the way of a conviction, Stalin remained determined to use the IMT to conclusively pin the Katyn massacre on the Germans and short circuit any future investigation into Soviet culpability. Given the abundance of genuine German atrocities the Soviets could have focused on, the defiant attempt to pin Katyn on the Nazis remains a telling expression of Stalinist pathology that remained a feature of the Soviet system to the bitter end.

The cynical manipulation of the Katyn massacre makes it tempting to discount the rest of the Soviet case at Nuremberg. Hirsch shows why this would be a mistake. One of the book’s most potent sections focuses on the heart-rending testimony of Abraham Sutzkever, a Yiddish poet who had escaped the Jewish ghetto in Vilna, Lithuania. After recounting the Nazi’s systematic extermination of Vilna’s Jewish population, Sutzkever detailed the cold-blooded murder of his newborn son by Einsatzgruppen soliders. Sutzkever traveled to Nuremberg to seek justice for his family and serve “as a living witness to the immortality of my people” (233). Facing the dour German high command in the dock, Sutzkever gave voice to the millions of Jews slaughtered during the Holocaust. Hirsch reminds us that Sutzkever was also speaking as a Soviet citizen representing the unspeakable horrors endured by the Soviet people, Jews and non-Jews alike, during the war. The scale and degree of Soviet suffering gave the delegation a legitimate claim to moral authority and makes it impossible to dismiss Nuremberg as a simple application of  “victor’s justice.”

Still, Nuremberg was undeniably a venue where the victorious allies worked to craft a master narrative of the war to present to the world and ultimately to posterity. By focusing on the political dimensions of the IMT, Hirsch frames the Nuremberg Trials as simultaneously the final battle of World War II and the first battle of the Cold War. Scholars of the Cold War have largely overlooked Nuremberg, but Soviet Judgement at Nuremberg should prompt a reassessment of the trials as a vital site in the nascent conflict between the United States and the Soviet Union. Through the history of the IMT, Hirsch also illuminates the extent to which moral supremacy—as much as military, political, or cultural supremacy—continued to animate the subsequent Cold War rivalry. Hirsh is not an iconoclast, and yet Soviet Judgement at Nuremberg manages to so completely upend the conventional narrative of a celebrated historical event that the work feels both revelatory and revolutionary. It is a book that deserves to be read widely, a feat of historical scholarship delivered in compelling and accessible prose. The pandemic has provided a gift for those interested in hearing the author discuss the work in more depth, as Hirsch has participated in several excellent events that were recorded and can be viewed free of charge with a simple click.[2]

Athan Biss teaches History and Politics at the Baldwin School in Bryn Mawr, Pennsylvania. He earned a PhD in History from the University of Wisconsin-Madison in 2018. His doctoral dissertation is titled, “Race Diplomacy: African American International Diplomacy, 1855 to 1955.”