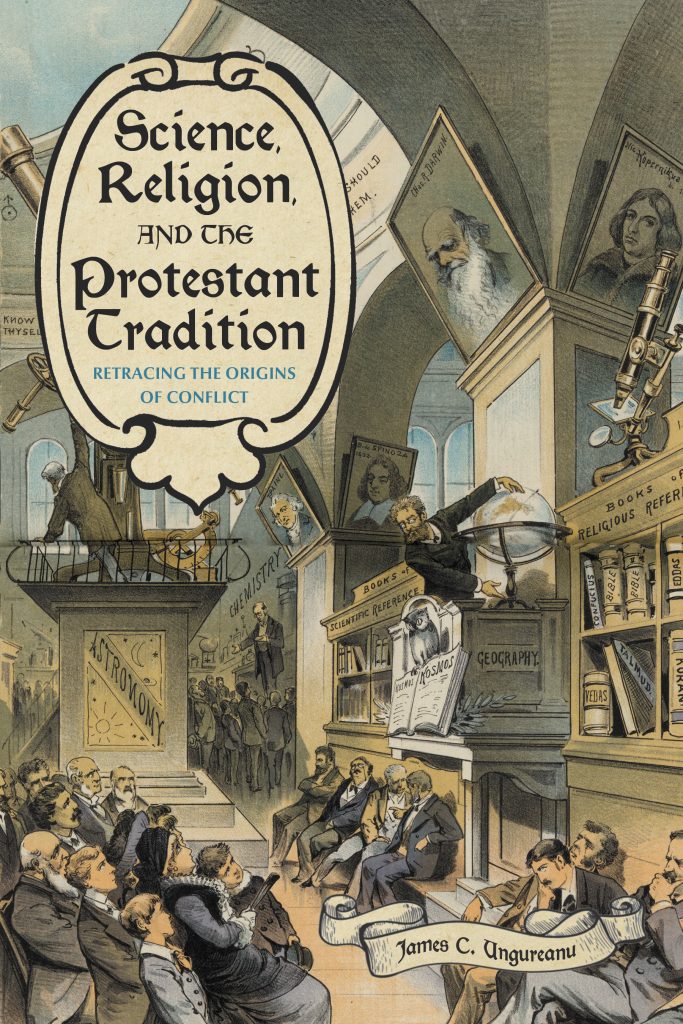 Book Abstract: The story of the “conflict thesis” between science and religion—the notion of perennial conflict or warfare between the two—is part of our modern self-understanding. As the story goes, John William Draper (1811–1882) and Andrew Dickson White (1832–1918) constructed dramatic narratives in the nineteenth century that cast religion as the relentless enemy of scientific progress. And yet, despite its resilience in popular culture, historians today have largely debunked the conflict thesis. Unravelling its origins, James Ungureanu argues that Draper and White actually hoped their narratives would preserve religious belief. For them, science was ultimately a scapegoat for a much larger and more important argument dating back to the Protestant Reformation, where one theological tradition was pitted against another—a more progressive, liberal, and diffusive Christianity against a more traditional, conservative, and orthodox Christianity. By the mid-nineteenth century, narratives of conflict between “science and religion” were largely deployed between contending theological schools of thought. However, these narratives were later appropriated by secularists, freethinkers, and atheists as weapons against all religion. By revisiting its origins, development, and popularization, Ungureanu ultimately reveals that the “conflict thesis” was just one of the many unintended consequences of the Protestant Reformation.

For most of us, a first encounter of the debate between “science” and “religion” will have portrayed a scene of irreducible conflict. From medieval suppression of science in the thirteenth century through Galileo’s run-in with the Catholic Church in the seventeenth, these popular (and sadly educationally commonplace) accounts lead to a supposed denial and demonization of Darwinism by churches everywhere in the nineteenth.

The very lucky few get to read beyond this miasma of constructed fable to some real history of an alert, open-minded and creative medieval natural philosophy, a scientifically informed debate around Copernicanism, and a theologically positive reception of evolution in many quarters.

A smaller minority still read on, and are introduced to tales of the source of the ‘conflict narrative’, or ‘warfare narrative’ that constitutes so much reconstructed history, to discover that this lies in two, at the time widely-read but now forgotten, late Victorian polemics: John William Draper’s History of the Conflict between Religion and Science (1874) and Andrew Dickson White’s A History of the Warfare of Science with Theology in Christendom (1896). The ‘Draper-White’ narrative becomes the major (non-)historical source for the ‘new atheist’ polemic today.

Now, three layers of this bitter onion in, we find that even this recondite knowledge distorts the truth even to the point of inversion, and to this disillusionment we must be grateful to James Ungureanu, whose new book sets Draper and White in their own rich context of nineteenth-century liberal Protestantism on both sides of the Atlantic. Within a meticulous and many-faceted study, which brings out other significant characters, such as the American publisher Edward Youmans and secularist writer Joseph McCabe, and writers such as the English clergyman Charles Kingsley, Draper and White begin to look much more like mouthpieces for collective narratives of their age than the inventors of it. Most strange to a reader who has passed through those first three stages of initiation is that they emerge as resolutely self-identified Christians.

Ungureanu manages that most difficult task facing scholars writing for their own, as well as a more general readership, to keep up his narrative’s momentum and readability while at the same time refusing to trivialize or take short cuts. He does this very well, unfolding fascinating aspects of the emerging backdrop to Draper and White, such as the predominantly Anglo-American influences of the former and Germanic of the latter. The back-to-back chapters contrasting Anglican and American ecclesiastical responses to science are well-crafted, for example. But this is done as we delve into detail and read correspondence, tracts and less well-known. The major thesis, that the warfare narrative constitutes a major backfiring of an attack from one (liberal) wing of Christianity against another (conservative), unfolds with the inevitability of a slow-motion railroad crash. The reader can palpably feel the frustration of the avowed secularists who could not understand why Draper and White would not or could not see that their ‘purified (of theological doctrine) Christianity’ occupied a ‘land of bunk’.

I do think some missing discussion would have helped. Draper and White’s books are ‘taken as read’, without even a summary. Perhaps their length and detail prohibited a brief account that would satisfy Ungureanu, but a mention of their insistence that the church always interpreted Genesis literally, a young and spherical Earth and a sustained assault on all new scientific knowledge, could have been surveyed in an appendix. Those who do know some of their content will read the book with a fundamental puzzle: how we should account for the very poor history that their polemics represent? Why did two such avowed supporters of science and an evidence-based approach to truth, happily magnify through dissemination, such calumnies as a medieval teaching of the flat earth? Did they believe these things themselves? Or were they prepared to countenance such falsehoods in service of the ‘Second Reformation’ they sought? The reader is given no clue.

There are important missing voices as well. Not all conservative theologies in the nineteenth century were as opposed to the scientific findings of geology and zoology as is often supposed – an example might be Babbage’s (ninth) Bridgewater Treatise, which by no means follows the demythologizing route that lead Draper and White’s theses into the flames that fed twentieth century atheism, but neither proposes a historical reading of Genesis. Bridgewater’s series of Treatises strangely receives no mention in Ungureanu’s book, even within his detailed sketches of the English background.

But these are minor criticisms – the author has a clear thesis to propose and defend, and that alone takes 250 pages to achieve. There are other books that can fill out the missing background for a reader who needs it, and they are given in an ample bibliography. I suspect (and hope) that we might be hearing more from Ungureanu as well. 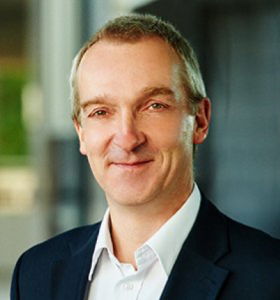 Tom McLeish, FRS, is Professor of Natural Philosophy in the Department of Physics at the University of York, England, the Centre for Medieval Studies and Humanities Research Centre.

His research in ‘soft matter and biological physics,’ draws on interdisciplinary collaborations to study relationships between molecular structure and material properties. He leads the UK ‘Physics of Life’ network, and holds a 5-year research fellowship focusing on the physics of protein signaling and the self-assembly of silk fibres.

Other academic interests include the framing of science, theology, society and history, education and philosophy, leading to the recent books Faith and Wisdom in Science (OUP 2014) and The Poetry and Music of Science (OUP 2019). He co-leads the Ordered Universe project, a large interdisciplinary study of13th century science.

From 2008 to 2014 he served as Pro-Vice-Chancellor for Research at Durham University and was from 2015-2020 Chair of the Royal Society’s Education Committee.