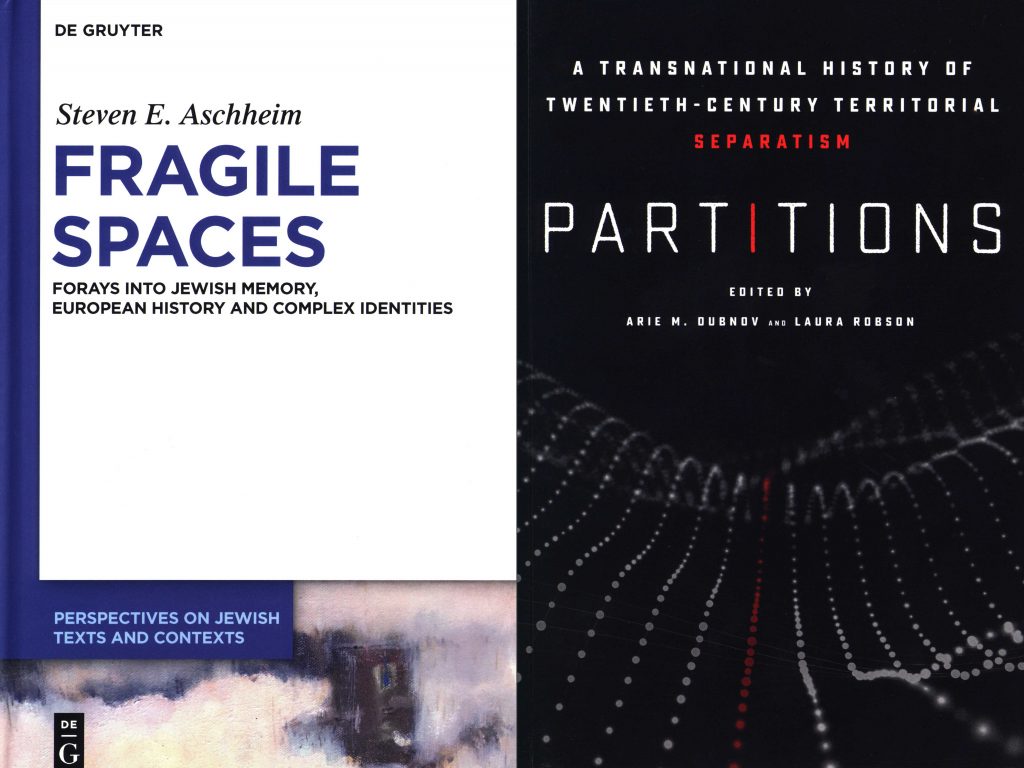 Two books exploring the intersection of space and crisis in the twentieth century have recently been published by friends of the Mosse Program in History. Past Mosse Fellow Arie M. Dubnov has co-edited the essay collection, Partitions: A transnational History of Twentieth-century Territorial Separatism (Stanford University Press). At the same time, the scholarly community has welcomed Steven E. Aschheim’s, Fragile Spaces: Forays into Jewish Memory, European History and Complex Identities (De Gruyter).

Partitions, co-edited by Dubnov, Associate Professor of History and Israel Studies at George Washington University, and Laura Robson, Associate Professor at Portland State University, examines the ideas that led to the physical division of territory along ethno-religious lines into separate nation-states. Taking a global perspective, the chapters concentrate on three different regions, which were each re-defined by territorial division in the twentieth century: Palestine and establishment of the State of Israel (1948); Ireland and the establishment of the Free Irish State (1921-2); and the partition of India (1947) and the creation of two independent dominions, India and Pakistan, which soon later became the Republic of India and the Islamic Republic of Pakistan.

In the Introduction to the book, Dubnov and Robson focus on the emergence of different plans of partition against the backdrop of the declining British Empire and the First World War. They examine the concept of partition, which is often perceived as a possible, legitimate, and welcome “solution” to ethnic and religious conflicts around the world, such as the wars in former Yugoslavia, the civil war in Syria, and the violent conflict between the Israelis and the Palestinians in the Middle East. However, as Dubnov and Robson demonstrate, the original meaning of partition was very different. In a way, it was almost the exact opposite to its contemporary use, understanding, and realization of the concept: instead of a solution that leads to independent nations states, partition was a method of containment that maintained conflicts and self-rule within the British Empire. Instead of bringing peace between peoples, divisions mostly brought bloodshed and wars; and instead of finding a solution, they found themselves stuck in an ongoing tragedy. Partition, as Dubnov and Robson argue, was not one single action that was completed after the lines were drawn and the borders had been formed. Rather, it was and remains a dynamic process, a never-ending story that still affects millions around the world.

One of the contributors to Partitions is also another former Mosse fellow, Adi Gordon, currently Assistant Professor of History at Amherst College. His article, “Rejecting Partition: The Imported Lessons of Palestine’s Binational Zionists,” explores the opinions on partition among early binational Zionists intellectuals, including the historian Hans Kohn (1891-1971) and other members of Brit Shalom movement; Judah L. Magnes (1877-1948), the first president of the Hebrew University of Jerusalem; and the members of Ichud (Unity) association. These thinkers rejected the idea of partition, preferring a political unity between the Arabs and the Jews in Palestine. Partition, they believed, would worsen the conflict and serve the interests of colonialism and imperialism.

Magnes and Kohn are briefly mentioned in Steven Aschheim’s Fragile Spaces. There, Aschheim, emeritus professor of cultural and intellectual history at the Hebrew University of Jerusalem, explores a very different kind of space, not territorial or geo-political, but cultural, intellectual, more personal. The book traces Jewish engagement with western culture through by examining the complexities in the lives and work of such Jewish thinkers in the twentieth century as Gershom Scholem (1897-1982), Hannah Arendt (1906-1975), Hans Jonas (1903-1993), and Theodor Adorno (1903-1969). Aschheim’s work further investigates such themes as the relationship between Zionism and Europe; the Avant-Garde and the Jews; “the political economy of empathy”; and even Islamic jihad and espionage during the First World War.

Each of the above-mentioned intellectuals, according to Aschheim, had to struggle with the catastrophes and radical changes of the previous violent century. Each of them had to leave their homeland—for some, a permanent move and for others only an interim period.  Each of them found himself or herself in the grip of moral and political predicaments in turbulent times and each represents a different aspect of the German-Jewish experience. Investigating this broad spectrum of experiences, as Aschheim shows in his book, sheds new light on small but unique spaces in modern Jewish history.

In almost all the chapters in the book the fragility of existence and experience in times of crisis is present. And the present itself—the growing anxiety and uncertainty following the election of Donald Trump, Brexit, and the rise of populism in Europe, the Middle East, and the Americas—stands in background of the book. As Aschheim writes in the introduction: “We seem to be entering into an age of great change and turbulence, including ever-greater uncertainty and anxiety… in a post-Cold War era, the prospects of nuclear war are once again considered a realistic possibility, and those only slightly less apocalyptically inclined envisage a descent into a kind of dystopian darkness. No wonder that Oswald’s Spengler’s 1918-1922 Decline of the West is undergoing a kind of renaissance (p. 2).”

Aschheim also writes about “a clear emergent recognition—perhaps forgotten in the relatively stable, deceivingly rosy post World War II years—of the fragile, all too delicately poised, nature of our social, political , cultural, and even identitarian orders (p.2) .” This recognition appears in both Aschheim’s Fragile Spaces and Dubnov’s Partitions. Both books emphasize the importance of history and the political, describing the fears and hopes of people and peoples in the not-too-distant moments of crisis, in order to better comprehend what is happening and relevant in the concrete here and now. Both offer pathways to better understand the past, and by doing so, help us “illuminate the present predicament (p.3).” 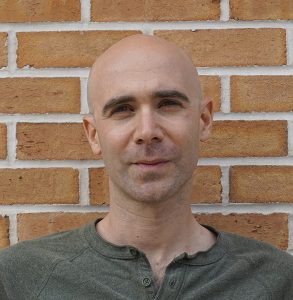 Adi Armon is a Visiting Assistant Professor with the George L. Mosse Program in History at the University of Wisconsin-Madison. His forthcoming book, Leo Strauss between Weimar and America, will be published with Palgrave Macmillan in 2019.