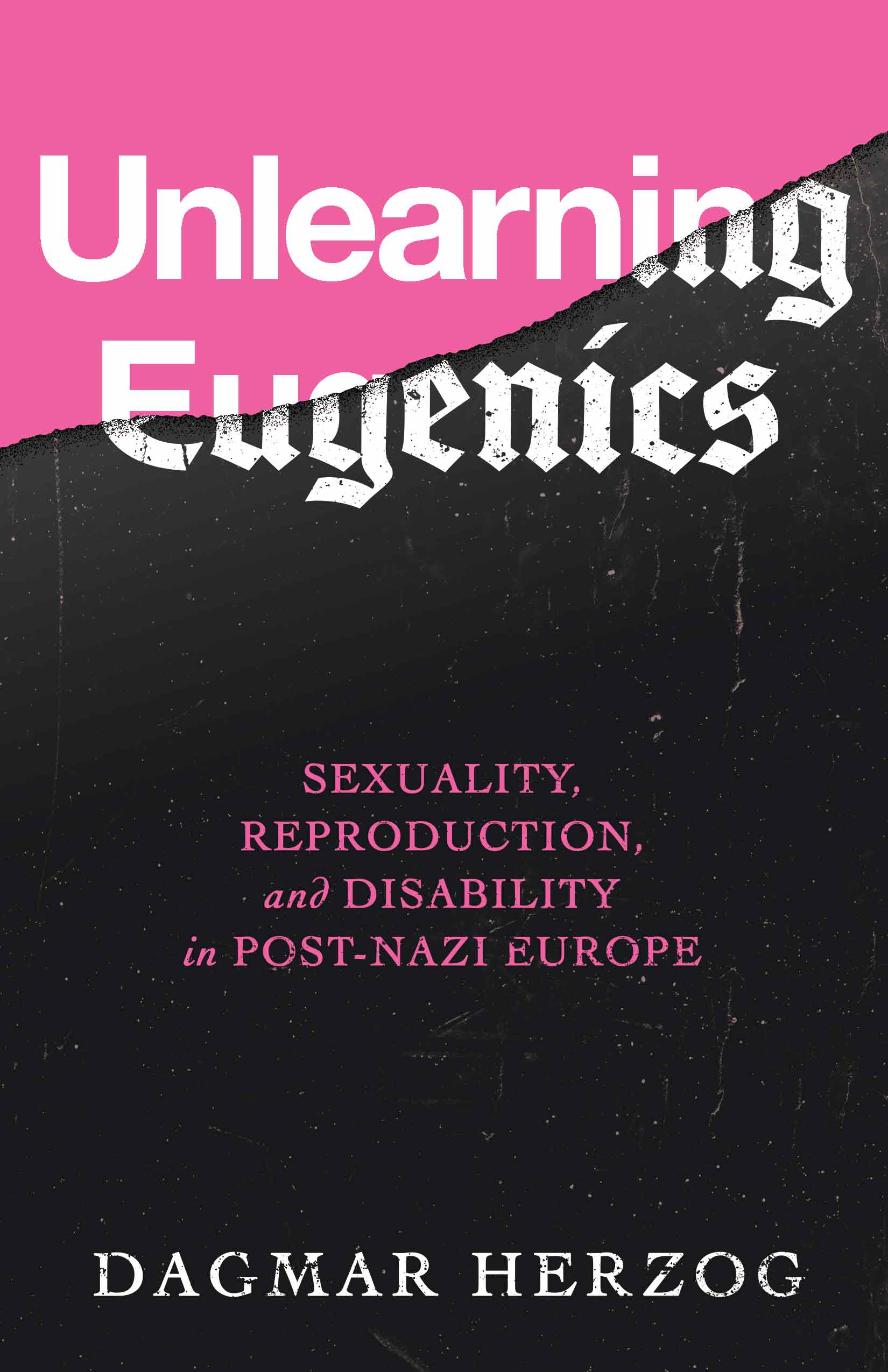 Recent decades have witnessed the growth of a large and sophisticated literature discussing the place of gender and sexuality in twentieth-century European history.[1] Such works have greatly enriched the period’s historiography, as well as our understandings of political, social, and cultural themes. Within this field, Dagmar Herzog’s work stands out for the sophistication of its analysis and its ground-breaking exploration of what she has termed the “intertwined histories of sex and religion” in twentieth-century Europe.[2] Herzog’s latest work, Unlearning Eugenics: Sexuality, Reproduction and Disability in Post-Nazi Europe casts a still wider net, adding the history of disability to her analysis of the relationships between religion and sexuality. Structured as a triptych, the first essay of the volume explores the legalization of abortion in western European states during the 1960s and 70s; the second analyzes debates concerning euthanasia and abortion in West Germany during the 1980s and 90s; and the third traces the development of disabled rights in the European Union since the turn of the twenty-first century. It is a powerful and moving work, outlining how, since 1945, European debates concerning abortion have been shaped by changing understandings of disability and disabled rights—with various consequences for both women and the disabled over these decades.

Herzog’s argument is a challenge to the reader to refuse “simple answers about what it would mean to truly unlearn eugenics in post-Nazi Europe” (12). The book’s first chapter explores how, amidst the liberalizing cultural shifts of the 1960s, the legalization of abortion in many Western European states was often moderated by the persistence of negative, eugenic attitudes towards the physically and cognitively disabled. As one British schoolmistress claimed, “Proper social training should deter physically-unfits from having children” (32). It was, moreover, in this period that certain reform-minded theologians in countries such as Switzerland and Germany started to abandon earlier, hard-line stances against abortion, with such theorizing often dwelling on “compassion for women requesting abortion due to concern about foetal disability” (30). Unlearning Eugenics’ second chapter, in turn, explores the pushback against this trend over the late-twentieth and early-twenty-first centuries, and the increasing trend for conservative activists across the North Atlantic World to employ the language of disabled rights to restrict access to abortion. (In Germany, for instance, new limitations were legislated as recently as 2009). Paradox is central here, too, with Herzog noting that in this German case: “a hardcore antiabortion conservative ended up being the one to give the radical disability rights movement the law it wanted” (67). Herzog’s work embraces such nuanced and complex affinities and advocates against simple solutions to complex moral dilemmas.

The book’s final chapter, “Time Well Wasted: Sexual, Political and Psychological Subjecthood in the European Union, 2000-2010,” analyzes new initiatives emerging in this period, with a particular focus on the movement to affirm the importance of sexual experience for the disabled (79-80). Here, too, Herzog’s analysis is grounded in historical context, tracing the lineage of contemporary disability rights movements back to the mid-twentieth century, and initiatives such as the Camphill Movement. This group, founded by the Jewish-Austrian émigré Karl König, and based in Scotland as of the November Pogrom of 1938, embraced “living in intentional community with the cognitively disabled individuals” as a deliberate riposte to the murderousness of Nazi eugenics (88). Such movements, past and present, are at the heart of Herzog’s consideration of how we might go about unlearning eugenics and thereby transform the rights of the disabled.

This is a thought-provoking and wonderful book, whose power is based on the combination of a historicizing appreciation of the past’s peculiarities on the one hand, with contemporary moral and political engagement on the other. As Herzog notes, we live in an era of extreme economic inequality and support services for the disabled are rarely adequate in even the wealthiest of societies ( 41). In my native United Kingdom, for example,  governmental austerity policies have drastically cut financial support for disabled individuals since 2010, and the state school system lacks the resources to properly meet the educational requirements of children with autism and other special needs.[3] Contemporary culture wars across Europe and North America also threaten to pit the “traditionally progressive goals” of abortion and disabled rights against each other (3). Unlearning Eugenics should be read as an attempt to understand how we have reached these impasses, and as a passionate appeal to imagine a world in which “intimate rights of all kinds” are affirmed and defended (14).

Thomas Brodie is a historian of Modern Europe, whose first book, German Catholicism at War, 1939-1945, (Oxford: Oxford University Press, 2018), uses a regional study of the Rhineland and Westphalia to explore the social and cultural dimensions of religious practice, community and belief during the conflict. He took his undergraduate and graduate degrees at Hertford College, Oxford between 2006 and 2014. He proceeded to hold a research fellowship at the Centre for Contemporary History in Potsdam, and subsequently teaching positions at the University of Leeds and Jesus College, Oxford, during the years 2013-18. Since September 2018, he works as a lecturer in 20th Century European History at the University of Birmingham. Thomas’ next project combines his interests in the histories of religion and memory, by exploring how German (and Austrian) society coped with the experience of loss and bereavement during the Second World War and its aftermath.