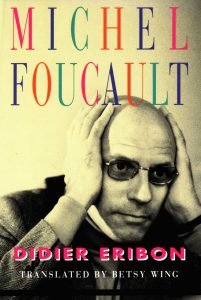 Here are a few thoughts about the George L. Mosse’s annotations analyzed by Kilian Harrer and the response to Harrer’s remarks by Paul Breines. First, the annotation project itself is interesting and valuable. The study of marginalia is a long-esteemed method for trying to understand the readings (and misreadings) of readers unable to contain their spontaneous reactions to something that appears in a text. Indeed, one might argue that these musings reveal a less filtered truth about the reader than later more fully articulated published comments. The anxiety of authority works on us all to make us present our version of methods or events as bearing the stamp of our unique perspective.

In his discussion of Mosse’s annotations in Foucault’s Volonté de Savoir, Harrer finds Mosse seriously engaging with the text as he was thinking about the book he was researching on nationalism and sexuality. I think he is right where he indicates Mosse’s puzzlements, misunderstandings, and tentative convergences of opinion with Foucault’s text. Paul Breines largely seconds these observations. Yet, when Mosse’s book was published in 1985, we find Mosse essentially inverting Foucault’s meaning of the modern “freedom” of discourse about sexuality to suggest that Foucault did not understand how sexual discourse and imagery were still being actively repressed. Harrer and Breines both indicate this point, arguing that Mosse could not dispense with the repressive hypothesis that sought to channel all erotic expression into respectable bourgeois morality or into the mythical solidarities of the nation-state. Later, in Masses and Men (1987), Mosse argues that the emergence of population as an economic and political problem did not “merely broaden the discourse about sexuality, as Foucault noted, it encouraged the nation to act as a guardian of sexual normalcy and moderation.”[1]

Mosse’s concern, in Nationalism and Sexuality, and elsewhere in his work, was with the emotional and symbolic bonds forged in the modern nation-state. It was his experience as a double outsider in his own country that he felt himself to be outside the charmed circles of both racial and sexual normativity.  The antisemitic agitation of the Nazi party, and the eventual promulgation of anti-Jewish legislation in 1933 coincided with Mosse’s departure from Germany. Paragraph 175, which forbade homosexual relations in the German Empire, had been on the books many decades before Mosse’s birth in 1918. Punishments were strengthened under the Nazis. Mosse was welcome in Great Britain as a German Jew in the 1930s and 40s, but he was still a sexual outsider under the terms of the Criminal Law Amendment Act of 1885, which was not repealed in England until 1956 and Scotland in 1976. In effect, George experienced the outright legal oppression of the nation-state as both a gay man and a Jew.

By contrast, Michel Foucault, eight years younger than Mosse, grew up in a less legally-constrained atmosphere. Private sexual relations were not forbidden in the French criminal code, though public indecency statutes could work against single homosexual men. Apart from the Vichy years, when Foucault was still in his early teens, discreet homoerotic relationships were possible, if risky; nor did he face any other legal obstacles in his rapid rise up the academic hierarchy. What Foucault and other gay men and women did face was the crushing weight of open social disapproval, the fierce mobilization of pro-familial and pro-natalist forces in a country traumatized by war and low natality, and a medical and scientific pathologization of homosexuality more extreme than in any other European country.

The deep scorn in France for homosexuals and homosexual relations and the powerful cultural incentives to marry and reproduce are what drove Foucault to identify the circulating and overlapping extra-legal discourses that operated to increase the numbers and health of the population. As he put it in the first volume of his History of Sexuality, the “bio-power” that was mobilized to accomplish this depended on the “normalizing” power of sex, wherein the “mechanisms of power are addressed to the body, to life, to what causes it to proliferate, to what reinforces the species, its stamina, its ability to dominate, or its capacity for being used.”[2] While Mosse was largely inclined to view the shaping of sexual norms as a maneuver of the legal and political power of the nation, Foucault saw these norms as a product of a culture saturated with medico-scientific principles that aimed to constitute the “intelligibility” of each individual.

Mosse understood power as a top/down phenomenon overseen by a repressive state; Foucault saw power embedded in bodies and pleasures that followed the norms for perpetuating life. However, as Harrer and Breines have indicated, there are good reasons to see more convergences than differences between these two conceptions of normative power. Both Mosse and Foucault portrayed the European bourgeoisie in the nineteenth century as creating and maintaining a class sexuality that it used to distinguish itself from the class sexualities beneath and above it. Foucault put his emphasis on the bourgeois “body” and its health and prosperity, Mosse on the notion of bourgeois moral respectability. Foucault portrayed the bourgeoisie conquering power by provoking the emulation of their class rivals through demonstrating the clear advantages of their way of life; Mosse emphasized the custom and law of restrictive rules of respectable morality in bringing the class rivals of the bourgeoisie to heel. But both men clearly understood the reinforcing dialectic of example and prohibition in the operations of bourgeois authority. It was about class sexual superiority for both of them.

With respect to the matter of state power, in fact, there was an important politically instrumental aspect to Foucault’s thinking about power in modern societies to which he had increasing resort in the late 1970s. I refer to his concept of “governmentality,” a combination of expert knowledge in medicine, social hygiene, and political economy that operated from the end of the eighteenth century through discourses that were “in some sense immanent in the population.”[3] In this schema, a certain measure of direction from medico-political elites merges in Foucault’s view of power with a population that is already partly disciplined by the discourses of bio-power. Mosse’s quotation above from Masses and Men is a possible gloss on this notion.

I think, without denying his lack of interest in post-modern linguistic analysis—Foucault’s domain of expertise—Mosse deployed political symbols and visual imagery as extensions and metaphors of power as skillfully as Foucault deployed discourse theory. Though it is a matter of speculation, it might also be true that both Mosse and Foucault contributed to what is becoming a “post-gender” society. Foucault refused to adhere to the standard medico-cultural definition of the homosexual, both in his personal life and in his conviction that worthy transformations of sexuality should follow directions in “bodies and pleasures” other than a simple inversion of sexual stereotypes, which leaves one bounded by the mirror image of the original rule. He opted in his political life to not agitate exclusively for homosexual rights or identity politics, but for issues ranging from religious rights and prison reform to the abolition of capital punishment. The same wide interest in civil rights, promotion of liberal politics, and opposition to authoritarianism motivated George, as any of his students and many friends will tell you.

In the end I am opting here for Harrar’s and Breines’s notion of convergence. The life experiences of George L. Mosse and Michel Foucault were sufficiently different that we can see the disparate influences on their ideas and work, but they both responded with passion and commitment in their remarkably complementary analyses of the misuses of power in modern societies. 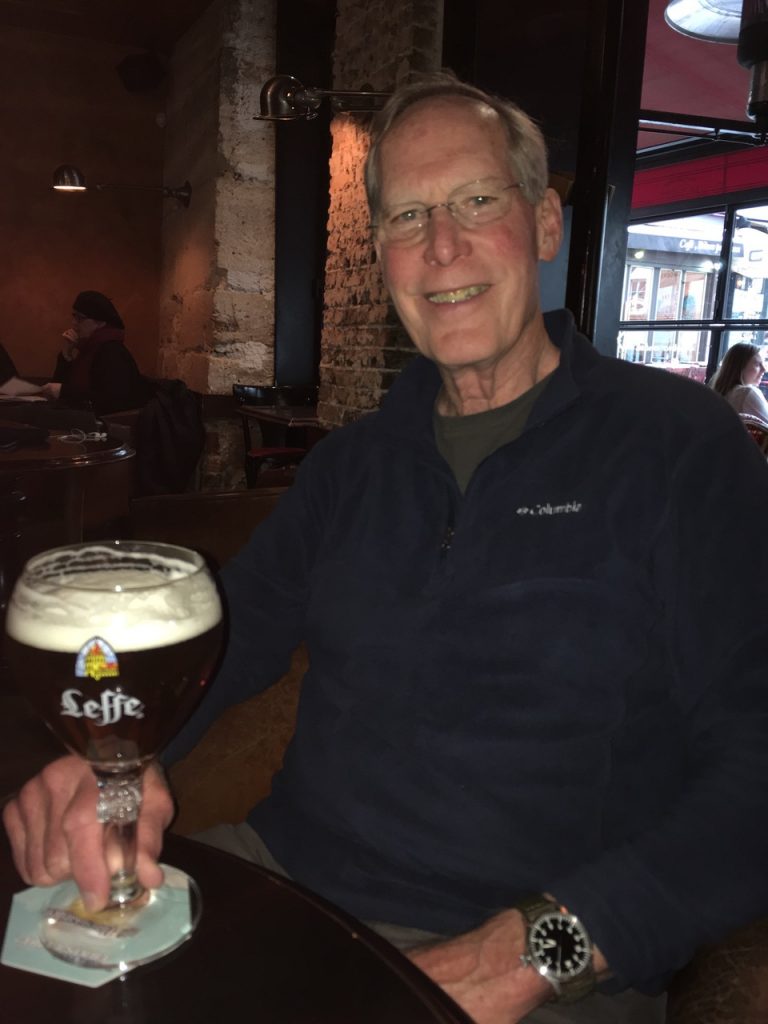 Robert A. Nye took all George L. Mosse’s lecture courses at UW in the mid and late-60s, Though I was not formally his student, he took an interest in my work and was a key part of my dissertation committee in 1969. I taught at The University Oklahoma from 1969-1994, becoming a George Lynn Cross Research Professor in 1990, In 1994 Mary Jo Nye and I moved to Oregon State University where we were The Horning Professors of the Humanities and Professors of History. I retired in 2007.

I published the dissertation George read as The Origins of Crowd Psychology: Gustave LeBon and The Crisis of Mass democracy in the Third Republic (London, 1975).  Later books are, The Anti-Democratic Sources of Elite Theory: Pareto, Mosca, Michels (London, 1977); Crime, Madness and Politics in Modern France: The Medical Concept of National Decline  (Princeton, 1985); Masculinity and Male Codes of Honor in Modern France (New York, 1993); and Sexuality. An Oxford Reader (Oxford, 1999). I have also edited several essay collections and published 60 articles and invited essays. I have served on the boards of The American Historical Review, The Journal of Modern History, Historical Reflections, French Historical Studies, and the Journal of the History of Sexuality.