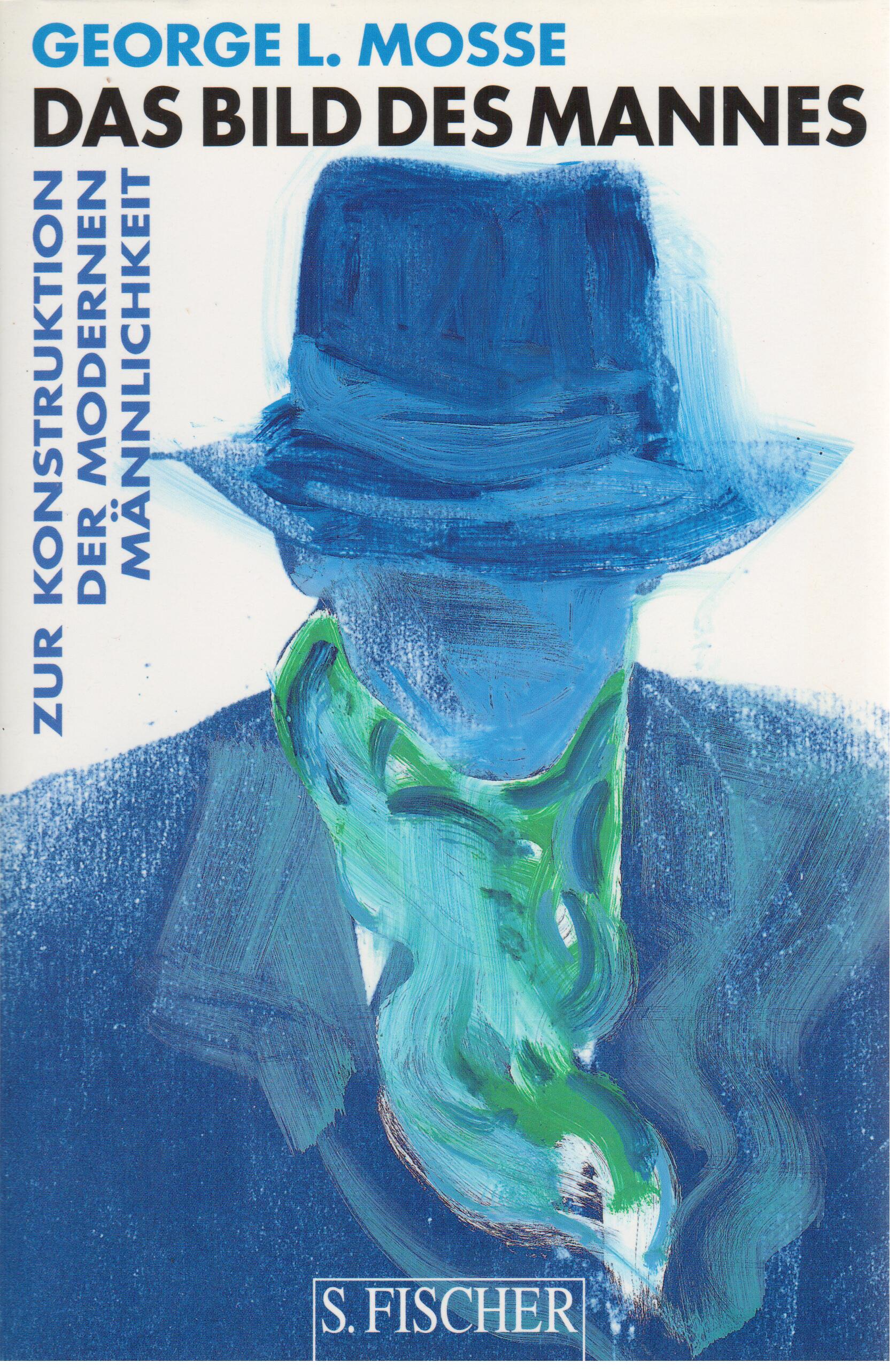 George L. Mosse concludes The Image of Man with a relatively brief reflection on the fortunes of the masculine stereotype since 1945. It is the shortest chapter of the book, by an odd kind of necessity: to cover the mind-bendingly complex phase of gender history it does, it must be cursory, for to indulge in any kind of detail would open the door to further detail and complexity requiring its own book, or probably a small library of books. In the dozen pages he allows himself, then, Mosse charts the postwar renaissance of traditional masculinity (in a nutshell, early-season Mad Men) and its rather rapid displacement by the counterculture and women’s movement that swelled and erupted by the 1960s. From then through the mid-1990s, generations on both sides of the Atlantic came of age with jazz, rock ’n’ roll, disco, punk, and an unfettered, American-led popular culture that celebrated fluidity, “undisciplined release of feeling,” and outright androgyny.[1] By the 1980s, advertisers consciously blurred gender lines, men whose bodies strayed wildly from the Greek ideal of male beauty attained popular cachet, and influential alternative masculinities and even anti-masculinities held their own on the cultural battlefield of the late 20th century. Feminists and homosexuals gained acceptance and visibility, and even normative masculinity began to emphasize tolerance and acceptance of the equality and value of women and traditional “countertypes” to the manly ideal. But as Mosse wrote in 1996, it remained unclear where all those paths might lead – was the West headed for a seismic disruption in its masculine norms? Or would it be another false dawn, like the last fin de siècle when a powerful women’s movement and greater publicity for homosexuals was ultimately stymied by the overweening gender dynamics of the Great War?

In the first place, as Mosse himself observes, many in the generations who grew up with the more gender-permissive postwar attitudes seem genuinely more critical of traditional masculinities, and earnestly committed to women’s and homosexuals’ rights. This seems even more true for the generation born since The Image of Man’s appearance. Though the late nineteenth century saw the rise of vocal and influential feminist and homosexual advocates, these remained marginal, radical, and ephemeral among society at large. Not so the current culture, which seems to have reached critical mass. Witness the strides made by women and the LGBTQ community: from the creation to the repeal of Don’t Ask Don’t Tell, as well as the opening of all military roles to women; from even “progressive” voices feebly advocating for second-class “Civil Unions” for homosexuals, to nationwide recognition of gay marriage; from casual dismissal of quotidian aggressions against women, to serious examination and even consequences for powerful men who abuse their positions. Add to all this the improving representations of women and male “countertypes” in media, work, and daily life in myriad ways. Though of course all of these advances come with major caveats that the progress has been contested, the victories in many ways incomplete, and the ultimate outcomes still finely poised, nevertheless real progress has been made.

And yet, no such advance could come without reaction. Especially in a realm of identity so tenaciously gripped by many, and with implications across every imaginable realm of life, the backlash was sure to come against changing, weakening, perhaps even rejecting the dominant masculine paradigm. Perhaps nowhere is this more visible than in our politics, where machismo to the point of misogyny has lately made a tragic comeback. Though martial metaphors have always defined political contests – to the point that “campaign” no longer registers as a primarily military term – rhetorics of war and personal violence, even direct threats of violence have become common and apparently effective means to win support. Such a throwback to the “real men” of past ages who fought, dominated, and proved their mastery over others (and only secondarily over their own passions) comes as an explicit reaction against the perception of a feminized, or at least effeminate new age. Culturally conservative figures rail against so-called “snowflakes” and safe-space-seekers who they allege cannot endure even minor emotional trauma, let alone physical hardship or the threat of death, and must be countered by a hardier form of manhood. Thus, film and television depictions of heroic valor and warrior exertion proliferate (despite the cancellation of ABC’s Tim Allen vehicle Last Man Standing), while public and political figures appeal to a mythologized past when men were men, law and order prevailed, and America was great thanks to its right-thinking culture. In short, the response to a weakening masculine stereotype has come in the form of a purified, distilled masculinity, which seems to refer gauzily to the era just after the Second World War – when, Mosse argues, classic masculine ideals were last dominant.

I cannot pretend to know where this will all lead – after all, my formal training focuses on masculinity four centuries ago. Nonetheless, as a historically-informed observer of contemporary American life, I tend to partake of the same cautious optimism that marks the final chapter of The Image of Man. The archetypal model of masculinity is at least becoming more flexible, more accommodating of difference; manhood itself may even be weakening as a cultural force. Much of this has to do with the ability to recognize masculinity as a discrete object, to render it visible and thus analyzable – a change that Mosse’s work and the growing scholarship on masculinity since roughly the 1990s has helped to make. As the “#MeToo moment” crescendos, and issues of male privilege, toxic masculinity, and patriarchy as a whole are increasingly topics of conversation and critique in the public arena, I suspect the parallel media apparatus promoting what we might call “legacy masculinity” will continue to grow in intensity, but also insularity, for as long as its market persists. But that audience seems already to be in the minority. As new generations with no memory of the era Mosse has studied mature and gradually come to dictate the terms of American culture, their values and assumptions regarding gender will become the norm. I see good reason to hope those values will center on equality rather than masculine domination, and that the positive traits that had attached to masculinity will be seen as ecumenically applicable to women, trans people, and gender identities of every description. There may even be room to hope that stereotypically feminine qualities of empathy, nurture, and compromise might attach to a new, more inclusive figure of personal virtues and social ideals. In the end, we may be at the beginning of the replacement of the Image of Man with an Image of the Human.

Jim Coons is an assistant professor of History at the University of Wisconsin-Whitewater. His research focuses on the history of of France, especially in the early years of Louis XIV’s reign. His current project examines the ways that political ideas intersected with personal categories, especially gender, social status, and emotion, to build the culture of royal absolutism. Both historically and in the contemporary world, he is interested in the ways that self-concept and “irrational” ways of seeing the world help to shape political and social institutions.