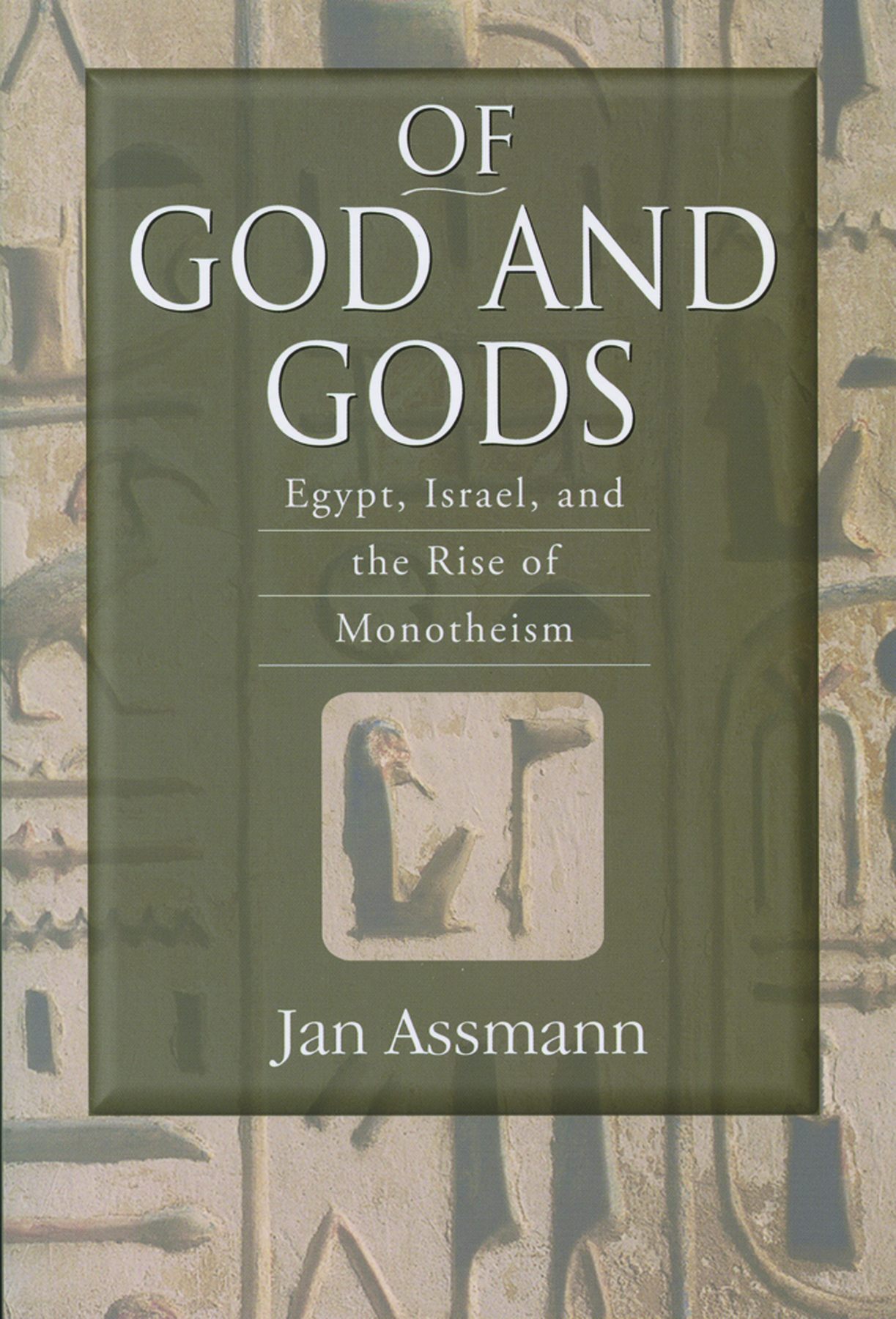 At first glance, Egyptologist Jan Assmann’s book Of God and Gods: Egypt, Israel, and the Rise of Monotheism seems like an unlikely candidate for inclusion in the George L. Mosse Series in Modern European Cultural and Intellectual History. This book deals more with the 19th and 20th centuries BCE than it does with the 19th and 20th centuries of our era. Over the next couple of posts, I hope to show that this book does indeed have a voice which speaks to the discourses dealt with in the Mosse series in a way that Mosse himself would have approved of.

This post will offer an overview of the book’s contents. Of God and Gods focuses on various dynamics and interrelations between polytheism, particularly that found in Egypt and the surrounding ancient near eastern and classical worlds, and the monotheism of the Hebrew Bible. Unlike many other books on the subject, it does not attempt to establish a definitive history of Israelite religion or monotheism in general (pg. 3), preferring instead to focus on specific topics, such as religious violence, various types of monotheism, and distinguishing marks between “biblical monotheism” and its religious contemporaries. This is due in part to the fact that the chapters of the book are expansions of various lectures Assmann has delivered (pg. ix).

The first chapter outlines what Assmann sees as the three major aspects of Egyptian polytheism: 1) “forms”, the cultic and civil manifestations of religion, 2) “transformations”, the cosmic principles represented, and 3) “names”, the divine titles, myths, and other linguistic-based aspects. He then adds a fourth aspect, that of history, which he sees in Israelite and Mesopotamian religious thought.

Chapter two confronts the common assertion that ancient polytheism is inherently non-violent by tracing the history of the Egyptian god Seth, who in early periods represented violence, and later became a symbol for foreign powers and the threat of violence and chaos they represented for Egypt, and who was in turn the target of violent rituals designed to break his power. Assmann also distinguishes what he calls intra-systemic violence (violence happening within the same religious system of thought) and extra-systemic violence (violence enacted against those outside one’s own religious system of thought).

The third chapter considers two main evolutionary paths from polytheism to monotheism: equating various gods with one another and establishing one god’s hierarchical primacy over the others. The latter path is broken into two within Egyptian tradition. In earlier periods, the prime god was thought to have created all the others. In later periods, the prime god was thought to be the underlying principle behind all the others (like Brahman in Hinduism). Assmann sees the Israelite tradition as unrelated to these other paths, as it separates the religious and political spheres, whereas these Egyptian systems keep the two combined.

Assmann then deals with the so-called “Axial Age” in chapter four. He argues that the achievements of this age must be seen as a series of smaller steps, rather than one sudden Kuhn-esque revolution. He also suggests that large scale cultural trauma may have played a large part in these changes of thought, especially in the Israelite context.

Chapter five tracks five different impulses or causes which Assmann says helped lead to the development of the concept of a biblical canon: 1) the disembodiment of law from a king, 2) disembodiment of cultural tradition during periods of crisis, 3) the Persian imperial government’s policy of codifying local customs, 4) the tendency of threatened minority “enclave cultures” to have their identities revolve around a core library of texts, and 5) prohibition of visual images leading to the elevation of texts as objects of veneration.

The sixth and final chapter deals with the issue of religious violence in monotheism. Assmann argues that religious violence is only a potential (not an inherent quality) within the concept of “no other gods”, whether that concept be found in monotheism, or in strands of polytheism which elevate one deity over the others (henotheism). He also views the Israelite destruction of Canaanite cities as a cultural memory of their own conversion from their pagan past. Assmann notes that most of the religious violence in the Hebrew Bible is focused inwards against the “Canaanite within”, and this language is redeployed during later periods such as the Maccabean wars.

The book concludes with some additional thoughts on religious violence in a monotheistic context.

In the next post, we will look closer at the place of this study within the Mosse publication series.