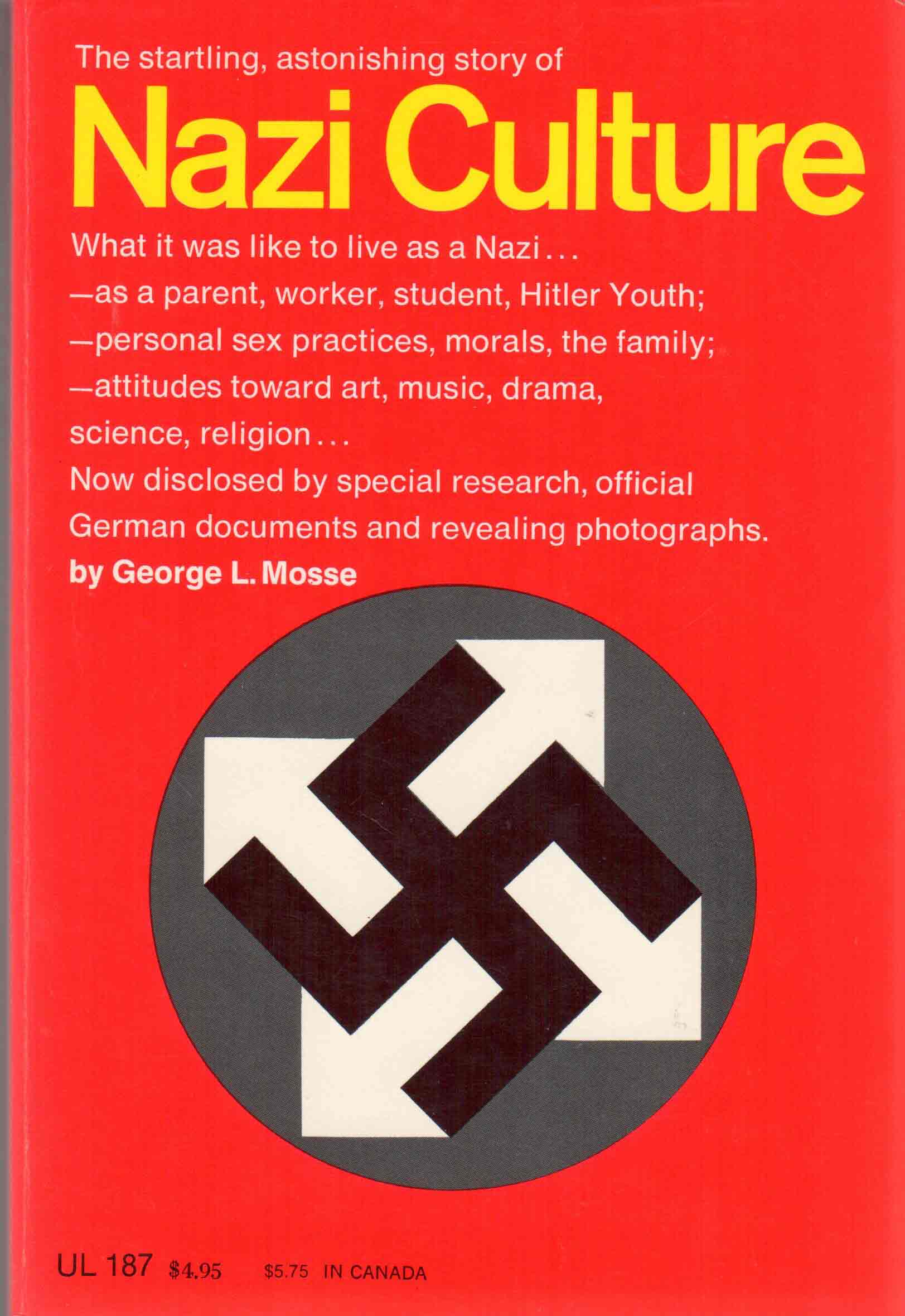 “The Third Reich has made a deep impression upon our civilization, and its impact has not diminished with the passing years,” begins George L. Mosse’s introduction to his 1966 work Nazi Culture: Intellectual, Cultural and Social Life in the Third Reich. It seems that this simple declarative sentence bears as much validity today as it did more than fifty years earlier. Although the collective memory of Nazism has endured since 1945, recently there has been resurgence in the discussion of fascism, and particularly Nazism, making this an opportune time to revisit the question of what was the Third Reich. In several blog posts, I will discuss Mosse’s important work on this subject with the intention of demonstrating how it remains in 2017 an efficacious tool to understand this dark period of Western Civilization.

Mosse tells us in the introduction to his work: “Today, in most of the non-Communist Western world, politics is regarded as merely one compartment of life; it does not have to penetrate our very thought and being” (xx). Certainly, this observation remained valid for decades after it went to print, and even after the fall of the Communist world, but recent headlines seem to suggest that politics might be encroaching upon other so-called “compartments” of life.

On a personal note, I would like to preface these blog posts by saying that the work of George L. Mosse has had no small influence on the work that I do in the field of German Studies. Mosse’s encyclopedic knowledge of German culture allowed him to produce many works about the cultural history of nineteenth and twentieth century Germany that remain unsurpassed in the range and depth of of analysis of this era. As a Ph.D. candidate at the University of Massachusetts Amherst, Mosse’s work aided my dissertation that explores the failures of German liberalism in the twentieth century. Mosse has also accompanied me in my teaching at Trinity College in Hartford, CT, where I teach a course titled Inside the Third Reich in which we explore the many cultural facets of this regime.

***
George Mosse’s Nazi Culture: Intellectual, Cultural and Social Life in the Third Reich is a rich companion to the study of Nazi culture as it is short and accessible. One of the reasons for its concise but comprehensive nature is that it does not treat all twelve years of the Third Reich, but rather it confines its attention to the prewar years (1933–1939). The reasoning for limiting the scope of this examination of the Third Reich is, as Mosse puts it, “The impact of the war heightened many aspects of the ideas and actions,” but “not much new was added after 1939 in cultural and social life, as the Nazis wished it to be understood” (xix–xx). In the end, World War II was the result of the ideological framework that had been put in place during the first six years after Hitler’s rise to power. Although it is often tempting to look to the war years for answers, the prewar years offer more insight into the underpinnings of the Third Reich.

If Mosse wishes to convey one main idea to us, then it is the totality of Nazi culture. According to the official thought process of the Third Reich, democracy and liberal politics had alienated the German Volk from their essence of belonging to one chosen homogeneous group. Just as Marxism promised to return man to his species-being, Nazism offered the Germans not only a return to one’s true German essence, but also to a future state of a romanticized fictional past. Therefore this ideology was to encroach upon all facets of life. Here is where Nazi Culture is an especially useful guide to understanding Nazism. Rather than merely selecting the most inflammatory sources to shock the readership into seeing the nefarious essence of this ideology, Mosse’s choice of texts aims to impart upon us a deeper understanding of the ideology and circumstances that led to perhaps the greatest of all tragedies during the twentieth century.

In my forthcoming blog posts I wish to focus more directly on the texts compiled in this work, as well as Mosse’s editorial choices. I also hope to spend some time discussing the value of this work in teaching the Third Reich, and the enduring importance of this topic of study today.